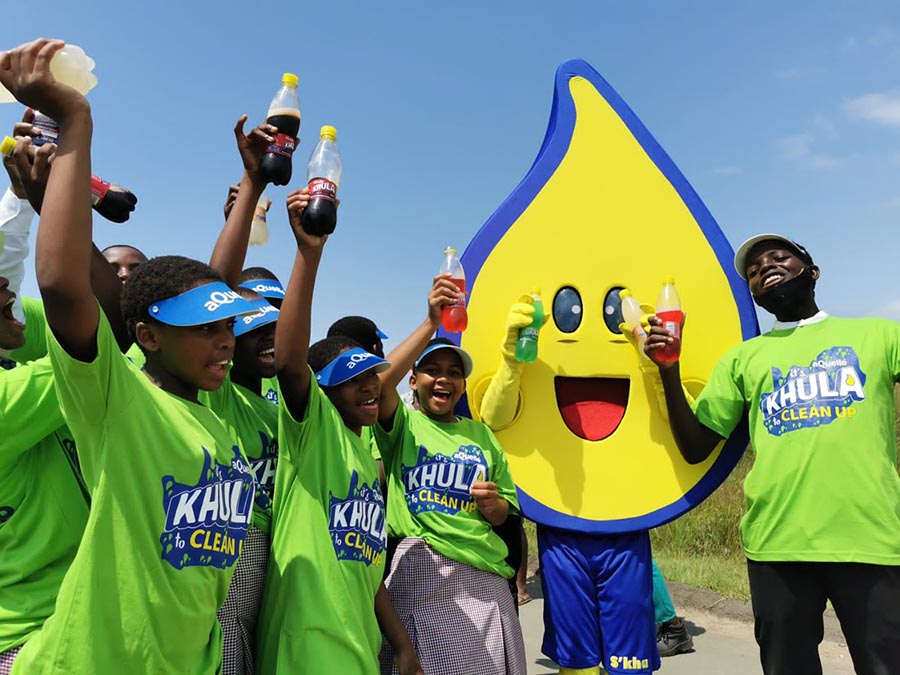 South Africa has a huge problem with litter that threatens the health of communities.

Sadly, most of the waste generated in our country is littered in our communities by the very people who live there. There is a great need for communities to act and remove litter from the environment. And this is exactly what the aQuellé’s community-based enterprise is doing with It’s KHULA to clean up together campaign.
This campaign not only creates awareness for the problem but illustrates perfectly that South Africans can, and should, work together towards a common goal.

Several community clean-up events took place and have already impacted the environment positively. The latest Its Khula to clean up together-event took place recently at a wetland in the Thembeni Area, KwaDukuza. It was hosted by the Department of Forestry Fisheries and the Environment (DFFE); Economic Development Tourism and Environmental Affairs (EDTEA); Umgeni Water; ILembe District and KwaDukuza Municipality. 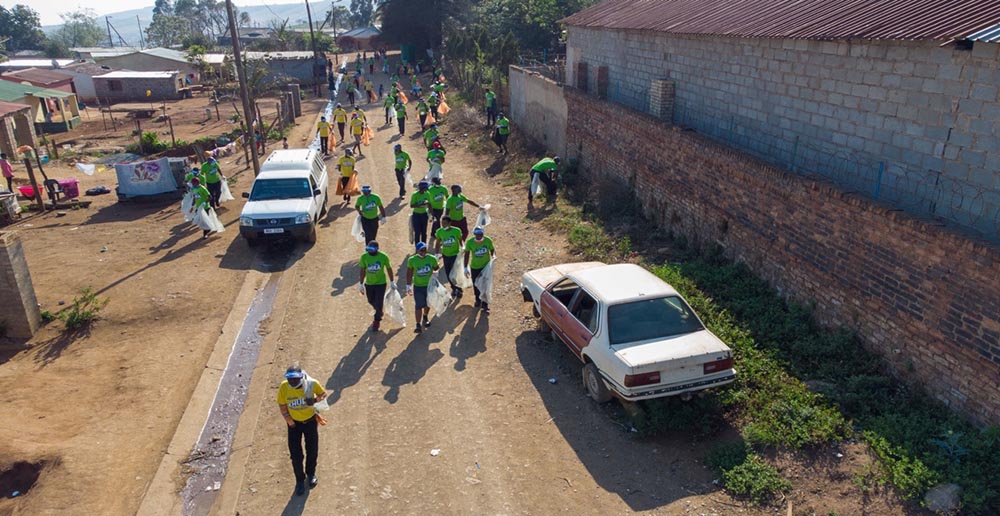 Philisiwe Buthelezi, from the Department of DFFE, said, “We are at a beautiful wetland, but have the problem of dumping in the area. Since it is such a sensitive environmental area, we are trying to raise awareness by bringing in children from a local school and the community of Ward 12 to commemorate World Wetlands Day. The day has been a big success.”

Last year local councilors from Umvoti and Maphumulo joined the clean-up and ensured a tremendous turnout of close to 500 people. Various areas were targeted along the R74, including KwamXhosa, Silverstream, and Kranskop. The aQuelle KHULA teams were supported by various government departments, municipalities, SAPS, and numerous volunteers from the local communities.

Not long after this successful clean-up, the neglected areas of Kwadukuza, Stanger, were targeted and hundreds of community members again turned up to do their part in ensuring a cleaner and sustainable environment. “It was encouraging to see so many people coming together to make a positive contribution and impact in their area,” said Gladson Songelwa, a representative from aQuellé.

Radio Khwezi, the local community radio station, always join the clean-up initiatives by providing live broadcasting from the clean-up sites as well as education and awareness leading up to the event. And the Khula drinks helps to motivate the hard-working teams.

Statistics show that over 90% of waste is plastic which is littered illegally or dumped everywhere. Most of these waste end up in the ocean where it poses a significant threat to freshwater, marine life and the human food chain. In the end it affects us all and therefore it is the responsibility of all of us to duplicate in our own areas what aQuellé and its community is doing to positively impact their environment. We salute them.