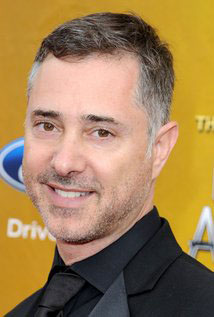 British film maker Tony Fabian has already devoted a year to his ambitious project of making a series of documentaries to “rebalance” South Africa’s global image. His intention is to produce eight hour-long movies for international consumption, focusing on the key challenges facing the young democracy. Fabian believes the country’s journey can once again become a guide for the rest of the world, and has been tapping into bright young SA voices that get drowned out in the media noise. I caught up with the respected movie director at one of my favourite London eateries to ask him why this project, why South Africa, why now? – Alec Hogg

I’m in one of my favourite London restaurants, Vivat Bacchus, which provides South African fare, and with me is Tony Fabian, who is busy doing a big project on South Africa. Tony, just go back a little bit. What interested you or what drew you to this project that you’re busy with?

Well, I’m a British-based filmmaker but I’ve had quite a long association with South Africa, starting with a documentary that I made in 2000, called ‘Township Opera’ which was about the Spier Music Festival. Then in 2007, I shot a film called ‘Skin’ with Sam Neill, Sophie Okonedo, and Alice Krige, which told the true story of Sandra Laing, a coloured girl born to white Afrikaner parents in the 50s. Through these projects I began to develop a relationship with the country, a deeper understanding and a love for the country. In more recent years, I have been puzzled by the dissonance between the very negative way that people often talk about the country, and the sense of hope, optimism, and possibilities that I feel when I’m actually there. So, that contradiction is something that I wanted to explore, and it became what will be my next project, which is called Good Hope. 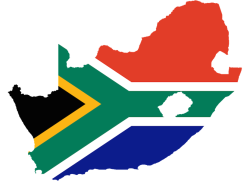 Tell us a little more about Good Hope because it’s a number of documentaries – comprising a long, in-depth, and strong look at what’s going on in that society.

The Good Hope project comprises a number of different elements. It starts with a feature-length documentary, which is essentially for the international market. It will also be an eight-part series that will explore, as you say, in depth: politics, economics, education, public health, crime, sports, the arts, and the land. Each episode will be an hour long and what we will be doing is focussing on the problems and challenges within each of those areas, but also, offering the solutions through the next generation of South Africans. So, not the people who grew up under apartheid and only have that as a reference point, but those who grew up (or have at least spent their adult and working lives) after apartheid, because their attitudes are very different. They have a much more optimistic and hopeful view about the future of the country.

Why do you think that is?

I think in general, younger people tend to be more optimistic because they’ve had fewer setbacks and also, they tend to have more energy. As you get older you pick-up more baggage, you’ve had a few knocks, and perhaps you don’t feel quite so cheerful. But also, young people need to create and secure a future for themselves and for their children, so they work hard to make that happen. The younger generation of South Africans whom I have come across and want to feature in this project are making a very real impact on their society. They are very articulate, very politically engaged, and amongst the most impressive young people I’ve met anywhere.

How much time have you spent on the project so far?

I first started working on it about a year ago. Our first break was to have the support of FirstRand Bank, who became our anchor sponsors. They agreed to fund the development of the project, and in the initial research phase, were able to identify 180 of these incredibly talented young, South Africans, who are making a serious contribution and change to their country across all eight areas that we will feature in the series. First Rand also funded a 10-minute short film/teaser for the project, which has been invaluable to give people a sense of what the project will feel like – and what some of these incredibly articulate people have to say.

They are, I would say, the movers and shakers of their generation. In many cases, they come from very underprivileged backgrounds but have somehow managed, through education, to get themselves to higher level. They all have a very strong social conscience and have the desire to improve their society – so they’re social entrepreneurs, or doctors who work in the sexual and reproductive health area; they are people who are working in civil society organisations, who are very keenly trying to ensure that the services that have been promised by the government are actually delivered to the people who need those services. So, those are the sort of people that we’ve identified, having asked the heads of institutions – businesses, universities,foundations – to propose candidates, so that we could pick the cream of the crop. 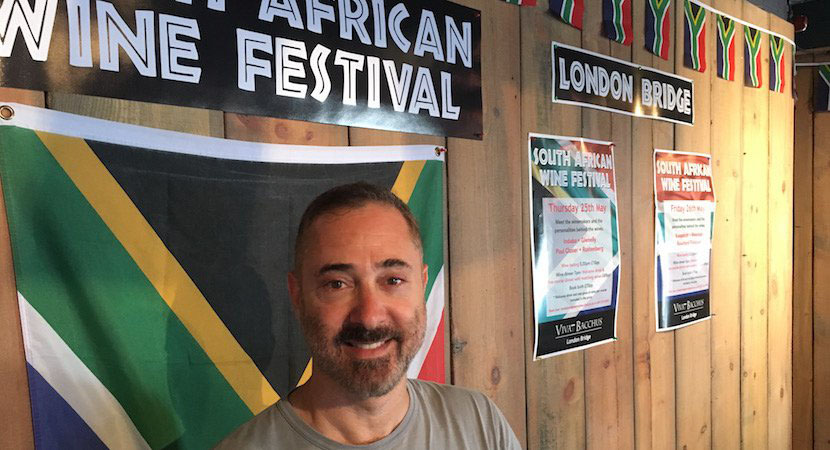 And you’ve researched them, found these people, and you’re going to be telling their stories in those eight different categories?

Yes, I think the best way to tell a story is always through the individual, through personal stories, because bare facts, information and statistics are not terribly compelling. But a lot of these people have an incredibly moving journey to get to the place they have reached. I hope they will also be an inspiration to the generation coming up behind them.

Who’s going to watch these documentaries?

The feature length documentary is for the international market because there’s only so much bandwidth for South Africa in the wider world at the moment. One of the intentions and hopes for the project is that it will put South Africa back on the radar, since people’s interest abroad has waned in many ways, post-apartheid, post the TRC. Also, the poor leadership and corruption of the past decade that people read about in the papers has put a lot of people off. So we are hoping to rebalance the current view of the country. The feature-length documentary will be shown initially in major film festivals and cinemas and eventually, it be streamed and shown on television by international broadcasters. The eight-part series will be shown in South Africa, as well as through Netflix, iTunes and Amazon. Ultimately, there will also be an educational component to the project, so the series will be converted into curriculum materials and distributed across schools throughout South Africa (and possibly other countries) because one of the difficulties about reaching people is that not everyone has a television or a smartphone – but everyone does have to go to school. So, the education system is a very good way to distribute these ideas and to inspire the next generation of South Africans.

Tony, are you optimistic about what you’re seeing there? You’ve met these young people obviously, quite impressive individuals, but you also get flooded by bad news, as all South Africans do on a daily basis. Sitting here, in London, are you optimistic looking at the country’s future?

I’ve always found it very odd that when I’m back in London I hear nothing but bad news and I hear nothing but negativity. I think that’s partly because when you talk to South Africans who’ve left, many of them feel they have to justify that decision by saying that it’s all going to go horribly wrong. Whereas when I’m actually in South Africa, I feel huge optimism and a sense of possibilities, and I’m very inspired by the strength and articulacy and engagement of the young people we want to feature. They give me enormous hope for the future but also, I think one has to look at where the country is along a continuum. I think there’s great impatience and there’s a desire for all the change to have happened already, but actually, it’s doing really very well for a relatively young democracy and for a country that only 23 years ago was not where it is now. I think the reality is that it’s much better in many different areas.

But I guess it’s also expectations were raised to such a high level during the Mandela era. 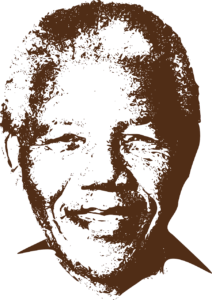 That’s true, and many people say ‘The Rainbow Nation’ was an illusion and that there is still great tension, racial tension, between people – which is undoubtedly true. But at the same time, I also observe an extraordinary level of humanism and harmony across races, and when I go past a school and I see children of every colour and background, all in their uniforms, going to study together – it fills me with hope, because I don’t think those kids are going to see colour in the way that their parents or grandparents did.

Take us 10 years into the future.

Well, the current ANC Government will be gone. There will either be a coalition or some other party in place and I think that one of the most exciting things I’m observing about what’s happening right now is that the entire country, regardless of race, background, religion, is united in one cause, which is to remove the current, self-serving regime, and to put in place leaders who are there for the greater good; who uphold the constitution and tackle the key problems of the country – unemployment, education, inequality etc. The revolution that is currently taking place to that end is enormously exciting and change is palpable. Therefore, in ten years’ time, when the leadership has shifted and many of the young people we’re featuring in the series will be in positions of power, South Africa may once again be a beacon, not only for the continent, but for the world.

So, you’re not in it for the money. What are you in it for?

I’ll be honest with you, I do have a passion for the country, and I think it gets a bad rap and needs support. Sometimes it’s easier for that support to come from the outside. I am not part of the problem. In other words, nobody can point a finger at me and accuse me of having caused whatever the issues are. That puts me in an advantageous position, in terms of telling these stories. But to answer your question, I believe in the country and feel that the general view of the country is unjust, so I want make some attempt to put that right.

But why South Africa? Why not Ghana, Afghanistan, or Vietnam? There are many countries in the world that could benefit from this kind of exposure.

You are absolutely right. So in fact, I hope that the Good Hope project, which is currently focussed on South Africa, might ultimately be franchised to other countries (for example TRC’s methodology was later employed in Rwanda and Northern Ireland). The Good Hope project could be replicated in Brazil, India, Russia or many countries, to suggest how those countries might tackle, or are tackling, their own problems. South Africa is a fascinating, rich, beautiful, wonderful, and worthwhile country to focus on for now, but there’s no question that what we are doing could and should be echoed elsewhere. 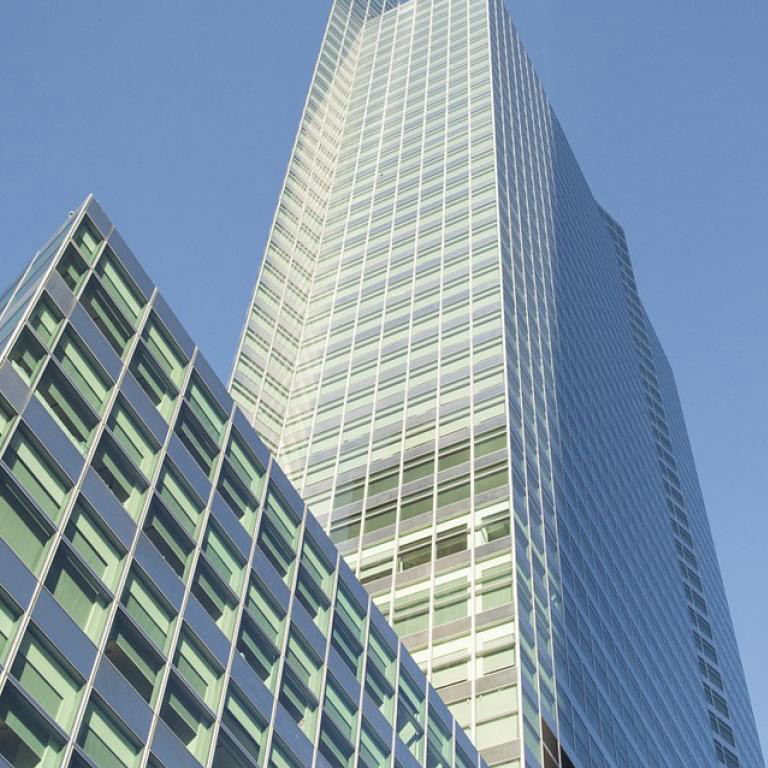 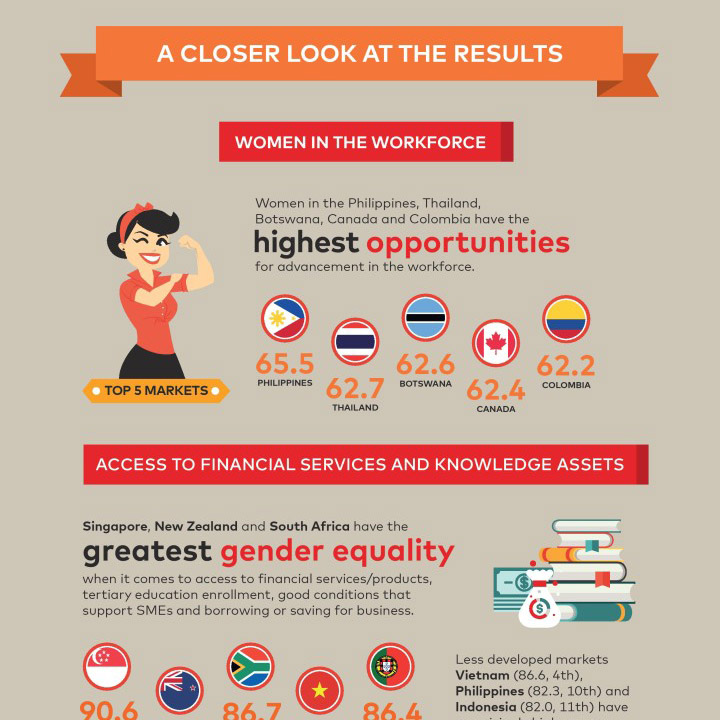 Women’s Day – anything worth celebrating? 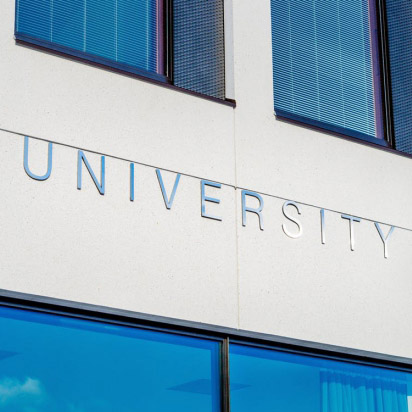 How do SA Universities compare?