WITH the appointment of Kingsley Makhubela as its new captain, Brand SA leaves the serried ranks of public institutions whose CEOs are acting. 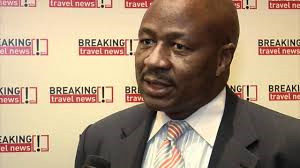 Holding the record for longevity of service at Brand SA — I lasted 12-and-a-half years as US country manager — I continue to take a morbid interest in the fortunes of this awkward duckling now nestled uncomfortably in Faith Muthambi’s ministry of truth. From experience and the public record, I’d say that if Makhubela truly wants to make a difference, rather than simply be there at Davos et al, he has a slog ahead.

Here’s the basic problem. Brand SA’s mandate is a mile wide, while its capacity to carry it out — budget, marketplace credibility and political and institutional clout — is an inch thin.

Brand SA, it says in the Treasury’s 2015 Estimates of National Expenditure, “is charged with building the brand reputation of the country in order to improve its global competitiveness and better position SA in the world, as well as promoting active citizenry and social cohesion across society”.

That is a ludicrously tall yet scattershot order.

The Treasury, where some would happily pull the plug on it altogether, is giving Brand SA just R173m to play with this year, rather less than the cost of the upgrades to Nkandla. That has to pay for a staff allocation that has grown to 57; 23 of whom are in the top four pay grades (13-16) and cost the taxpayer an average of R1.4m each. So R120m, down from R151m last year, is left for everything else, including public relations, advertising and content suppliers who do most of the actual work.

Minitruth’s Strategic Plan for 2015-16 to 2019-20 notes, rather archly, that “Brand SA spends its money on branding itself rather than branding the country”. That sounds like ministerial payback for the organisation’s reluctance to help pay for her communications task team’s consultants and sandwiches. The fact is, Brand SA has little choice but to try to market itself.

Its mission is cross-cutting. Its method is “through and with” stakeholders. That is to say, its remit is to meddle in areas others — South African Tourism, the Department of Trade and Industry, the Department of International Relations and Co-operation and the Treasury, to mention just a few — understandably regard as their domains. They don’t take well to being cut across by an outfit they see adding little value except as an ATM and provider of pull-up banners to decorate their own activities.

Makhubela, a former ambassador to Portugal, director-general of tourism and head of state protocol, may be the man to turn it into an institution of genuine stature. The odds seem stacked against him, though. Job one, in my view, would be to define, much more precisely than before, a niche for the organisation that does not entail it having to play Chanticleer, the cock who thought the sun rose because he crowed.

No amount of government propaganda is going to save SA from sinking on the World Economic Forum’s Global Competitiveness Index. Performance would be more helpful.

Brand SA also needs to stop duplicating what others do better. Let Yusuf Abramjee’s Lead SA campaign do its excellent thing, and spend the Play Your Part budget on something else. Leave finding and telling the good news to Steuart Pennington and SA — The Good News.Leave trade and investment promotion to Trade and Investment SA. Every department has its own marketing section; make compliance with the brand manual mandatory and be done with it. Stop pretending to be able to commission decent advertising. And get out of areas in which the government is more likely to be a hindrance than a help.

Invest instead in serious research, domestically and internationally, and share it. Develop a sophisticated understanding of how decision-makers and those who influence them view the country, and how and via what channels their views are shaped. Map global flows of knowledge and influence, who needs to be reached and the best means of reaching them.

Develop the data that a country heavily reliant on foreign savings needs to assess and move foreign sentiment. Be able to predict accurately, and place a value on, the global and local response to government action or inaction.

Done properly, with people who really know how to do the work, this could easily cost more than Brand SA’s current annual budget. But it would be of much greater value than what Brand SA is doing now.

• Barber is a freelance journalist