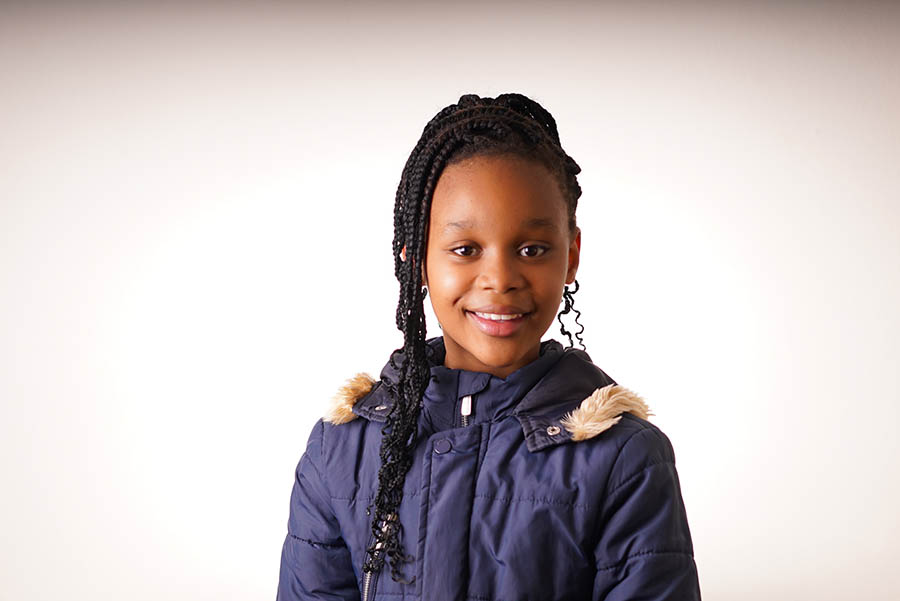 Johannesburg, 28 July 2020: It looks like South Africa might just have another star in the making. Kamvalethu Jonas, a Grade 4 learner at Curro Rivonia, has been cast to star in a lead role for an upcoming movie titled Mlungu Wam.

According to the Cape Town-based production company, Fox Fire Films, the movie is a social satire set in the suburbs of Cape Town, and follows the journey of single mother, Tsidi and her daughter Winnie, played by young Kamva. They are forced to move in with Tsidi’s estranged mother, Mavis, who is a live-in domestic worker, caring for the same bed-ridden lady for whom she has worked for the past 30 years.

Kamva seems to have been destined for the stage. Since the age of four, this young performer could be spotted singing in front of a group of adults, or practicing weeks ahead for her school’s Christmas play. She is also a budding ballerina and was thrilled being able to dance before a large audience at a performance last year.

Her dancing created a spark, since shortly thereafter she had the opportunity to audition for Mlungu Wam, and made the shortlist. When she received the news of her casting, she was absolutely overjoyed, knowing she would be travelling to Cape Town where principal photography of the movie will start on 3 August. Jenna Bass, director at Fox Fire Films is quick to praise this young actress, saying, “We chose Kamva for her infectious charm, charisma and energy – we think she will be a star on camera.” In light of ongoing COVID-19 concerns, Fox Fire Films noted all possible precaution will be taken to ensure a safe and comfortable work environment for the cast and crew.

Much like her character in the movie, Kamva is a good student who loves learning. Her drama teacher at Curro Rivonia, Justin Engelbrecht notes, “I am very proud of Kamva. This is an exciting opportunity for her to participate in the local film industry and showcase South African stories. Kamva is an intelligent and talented young lady, and I anticipate her audience will enjoy her performance as much as I have enjoyed having her in my class. Congratulations to Kamva and Fox Fire Films. I wish her all success in this project and look forward to the screening.”

The movie is an international production featuring collaboration between Fox Fire Films and Sanusi Chronicles from South Africa, and Causeway Films from Australia. Although a set release date has not yet been established, Mlungu Wam could see the big screen as early as mid-2021.