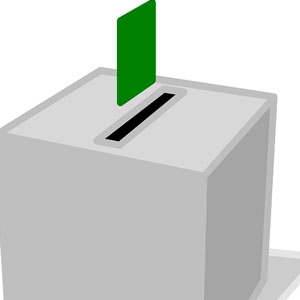 National Elections are upon us. The date has been announced – 7th May.

The State of the Nation address is this Thursday – 13th February.

This week-end the Independent Electoral Commission opened its doors appealing for citizens of voting age to register.

Julius Malema, leader of our youngest opposition party, the EFF, appeared in court on charges of tax evasion and fraud.

The DA’s attempt to improve its struggle credentials falls in a heap.

The country is in turmoil – or is it?

Paradoxically, as many as are protesting are registering – tens of thousands of citizens.

Those who protest claim they have no social delivery; no potable water, no hygienic sanitation, no decent housing, no proper education, no caring health care. But it’s not just that, they complain that their municipal government officials responsible for delivery are corrupt, incompetent, can’t deliver and won’t listen.

Those who register to vote claim their democratic right, their celebration of freedom and democracy, their desire to do what they think is best.

Judging by the number of protests thousands/millions of citizens have ‘issues’ with the way they are being governed.

No doubt, as the May 7th draws close, we the voting public will be serenaded with manifestos, posters, promises, propositions and propaganda.

After four general elections will this election be any different?

Will the parties contesting the election once again engage each other in a battle of invective or will they deal with ‘issues’ and entice us with choice.

But much more important will electoral voting habits change?

Will our voters put ‘issues’ before ‘loyalty’?

Which of these will inform voter behaviour in 2014?

After 20 years of democracy, have we learnt anything?

What will make a voter change his/her mind from one party to another, and in particular, from the majority party to an opposition party? Will there be, for the first time, a psychological contest between his/her historical loyalty and his/her current experience?

Will we see evidence of our democracy maturing? Of voters choosing the party that they think will improve delivery, be more accountable and listen?

In 1994 the ANC delivered. After four years of negotiation, accompanied by violence and massive uncertainty our new democracy was born. Freedom was upon us, the Nationalist regime and their Apartheid policies were gone. We had peace, we had a new constitution, we had rights, we had a future, and we were free. The old ‘enemy’ was vanquished.

As we reflect over the past four elections Opposition parties characterized a new ‘enemy’; in the first election that of the ANC, a 70% majority, and a changed constitution. In the second, when the constitution had not been changed, the ‘enemy’ was the anti-white Mbeki. In the third, when the whites hadn’t been driven into the sea, the ‘enemy’ was a disconnected government, and in the fourth, after five years of unbelievable prosperity, the ‘enemy’ was Zuma. “Stop Zuma” was the clarion cry.

But in those days there were very few ‘social protests’. Certainly not 32 a day, and incidentally, very few strikes.

Now, 20 years later, if the protests are anything to go by, another new ‘enemy’ seems to be emerging, that of lack of delivery and incompetent, insensitive municipal managers. These protests are currently being dealt with by the SAP as ministers run for cover and go ‘home’.

The million dollar question is – will these protests result in a significant swing of voter sentiment? Will voters begin to think twice about who they vote for?

Are there a growing number of voters who look more closely at who they think will represent their interests and deliver services for all in a fair, clean, accountable manner?

In the UK and the USA the people’s vote is largely based on their immediate experience of the performance of the governing party. As we have seen, there can be massive swings of voting patterns from one election to the next, and between one party and another. Not very efficient – but democracy at work.

In South Africa have we got there yet?

With the 2014 manifestos and campaigns, will the consequent voting patterns give us insight into a changing psyche? A new situation in which votes based on blind loyalty and race are now giving way to votes based on the ‘issues’ connected with experience and delivery?

So many questions, hopefully some interesting answers.