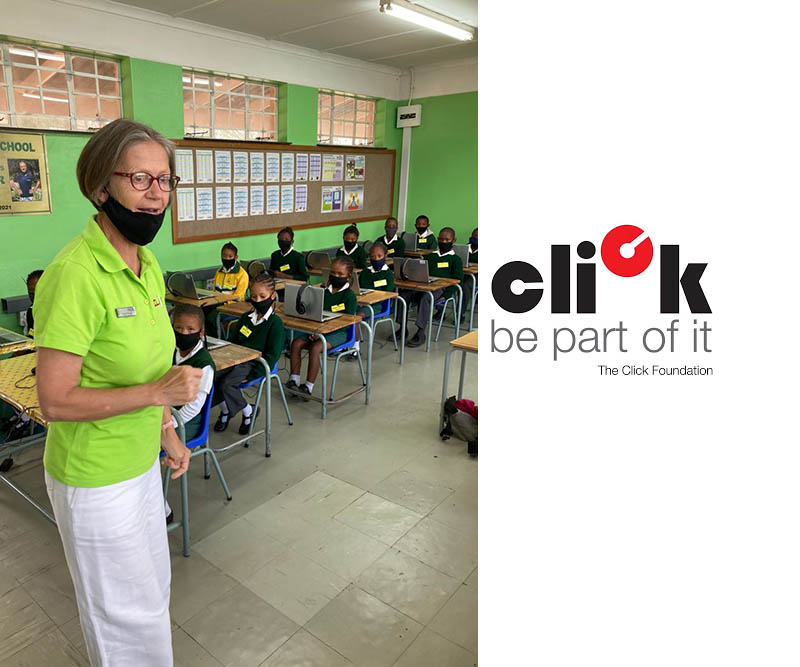 Some years ago Paul Harris, previously of First Rand, took the words of Madiba to heart about the importance of education. In the belief that literacy is the key building block he set up the Click Foundation with literacy as its specific purpose.

Under the leadership of his daughter Nicola they have to date taken just over 103,000 children through the various programs. The target is 1,000,000. Now that is what I call making a real difference.

To help further the cause in Cradock where , as in most rural towns , the education is dire we assembled a team and identified two schools which were suitable . The one being in a predominantly Coloured community ( Carinus ) and the other more Black ( Ncaca ). In this we were greatly helped by David Wylde and his wife Ingrid. David was Headmaster of St Andrews in Graham’s town so he may be known to some of you. We also got the enthusiastic support of the local MEC for education and the official launch was on Thursday 25th Feb. Suffice to say there is huge excitement in the communities.

Whilst the Foundation has funded all to date and will continue to help , ongoing funding is required for both these schools and  to help take the initiative forward to more schools in the area, at a cost of R600 per child per year.

To this end this is a request to those of you who may be interested in some degree of multi- year funding over say three or five years. The funds need only be paid annually , not all up front. eg 1 child over 5 years is R3000 payable in five annual instalments of R600 each ; 10 children would be R6000 per annum and R30000 over the period .

The same principle applies over a three year commitment. Bank details on the website