Last week I was asked to be a “Dragon” at a local fund-raiser to celebrate Mandela Day and kick-off Mandela Month. Like ‘what’s that?’

Below is the story, another untold story, of the energy dedicated by many (not all) of the committed individuals to making a difference to this small farming community.

I am constantly amazed at the social energy South Africans have.

One by one we are changing stumbling blocks into stepping stones.

Georgina Marques mrqgeo001@gmail.com, and Olivia March, associated with the Nelson Mandela Capture Site in Howick, organised a fun evening, first to celebrate Mandela Day and second, to raise money for six local Midlands NGO’s (Non-governmental Organisations). Based on the Dragon Den television series the idea was to invite the NGO’s to present their credentials and win a prize.

Four “Dragons’ were to ask probing questions of each NGO as they presented their case to receive the R13050 raised on a ‘Winner takes All’ basis.

The event, at the Notties Hotel, was attended by some 60 ‘donors’, who collectively contributed the R13050, and who would ‘vote’ for the most deserving case. The four local ‘Dragons’ were: Kim McNally, Steuart Pennington, Keith Govender and Chris Till.

Below is the summary of the six presentations

Amazing how much is going on in this small community ‘behind our back right in front of our eyes’.

Who would you have voted for?

Founded in 2007 by a number of concerned Howick residents who felt something should be done regarding abandoned children who were literally roaming the streets. A school was then established in Lidgetton to provide 30 boys and girls, ranging in age from 6-18, with a secure home. Education, love, health and security are provided in the hope that these orphans will gain a head start in life.

One of the current students, (see photo) Mbali Ngubane gave an account of her life of being ‘adopted’, abandoned, and abused and what the ‘shelter’ of the school had meant to her and her opportunities going forward. 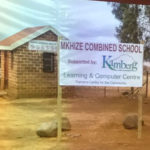 The Kamberg farming community, just outside Nottingham Road, has set about improving the education, nutrition and housing facilities for local farm workers, their families and the broader population of the Valley. They support 6 schools, provide nutrition for 650 children, have established school internet access and set up crèches – all with the objective of creating support for the wider community. During the year two major funding events are organised: the Kamberg Outdoor Challenge and the Kamberg Trout Fishing Festival which raises significant funds to contribute to this effort. In total there are some 4000 beneficiaries of this project-based initiative 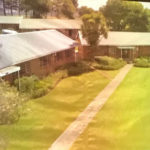 Founded in 1981 by a local resident Mrs Pauline Greene, it is now a flourishing education centre in Nottingham Road with both residential and outreach programmes benefitting i) approximately 2500 beneficiaries in the early childhood development sector and ii) 6000 youths in the maths, science and technology sector. The Midlands Community College works with 80 schools in KZN and has established three toy libraries in Bruntville, Mpophomeni and the Dairy Day ‘Zoo’ next to Howick. Their next project is to improve nutrition within their ECD programme. Many students, equipped with high level maths and science matric passes have gone on to our best universities and qualified as doctors, engineers and scientists. 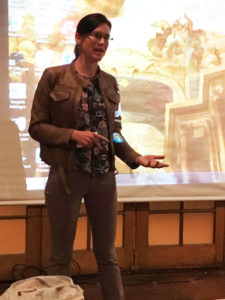 Operating with minimal resources out of Ixopo their objective is to provide primary health care for cats and dogs in the rural communities of the broader Midlands area. Currently Lauren is able to conduct two campaigns per year to prevent disease, spay, vaccinate and de-worm while educating local communities on pet care. These campaigns cost about R400 per animal. Lauren’s primary requirement is volunteering work from vets, finance for vaccines, and decent collars and leads for these animals. Sadly most have make shift collars fashioned from wire or bailing thread. 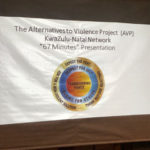 An international peace-building and non-violence training organisation with a sound vision, mission and values. The essence of the presentation was the establishment of the Peace Clubs in schools where approximately 25 children are trained in the alternatives to violence. These Peace Clubs are also implemented within universities’, rural communities, places of work and prisons. Their primary objective is to spread the effectiveness of their organisation beyond the periphery of Pietermaritzburg. 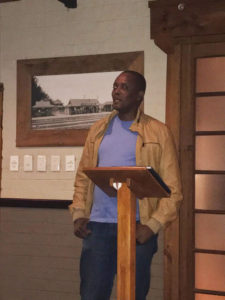 Sadly, the Howick Museum has been closed for the past three years and has fallen somewhat into disrepair. In the past it essentially contained colonial artefacts. The objectives of re-establishing the museum are twofold: first to modernize the museum and secondly to create an interactive narrative that tells the stories of the history of the Midlands. One of the Dragons, Christopher Till, who is Director of the Apartheid Museum and responsible for the Nelson Mandela Capture Site in Howick, undertook to provide assistance so that the Howick Museum would become a sought after destination on the Midlands Tourism itinerary. 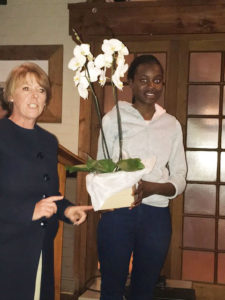 During the presentations the Dragons fired probing questions at the presenters which the audience took account of.

At the conclusion of these presentations the audience was asked to vote for the most deserving cause in respect of the R13050 prize money.

It was a difficult call and there was lively debate and much gnashing of teeth.

Many comments were passed about the extraordinary work being done in our Nottingham Road and Midlands communities.

“I’ve lived here for 20 years, I had no idea these initiatives were happening right on our doorstep, like right in front of my eyes behind my back” was heard often.

Thanks to Georgina Marques and Olivia March. You gave Nottingham Road locals a reason to feel proud of those amongst us who work tirelessly, without reward, and with little recognition, but with steadfast energy and a resolute passion to serve, to shelter, and to provide opportunities for the less fortunate.

Should a reader which to become involved in some way please contact Georgina Marques mrqgeo001@gmail.com.

the work of NGO’s often goes unnoticed, unheralded and unapplauded

will enable the many, many beneficiaries of such giving

to rise, to grow and inevitably burst onto the surface

with an energy and a force

that will change this country