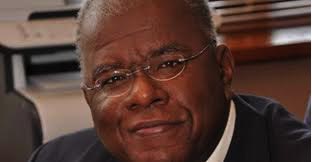 Known as the cohort pass rate, it’s the percentage of learners who started grade 10 two years ago and passed their matric exams in 2019.

On Wednesday, Basic Education Minister Angie Motshekga announced that the matric class of 2019 has achieved a pass rate of 81.3%, up from 78.2% in 2018. We have a “system on the rise” she claimed.

While there’s been an improvement in SA’s overall matric results, Professor Jansen says 81.3% is a joke.

The education expert claims that the cohort pass rate, or even the Grade 2 throughput rate, paint a more accurate picture of the state of the education system as a whole.

He’s congratulated the pupils who passed but raised concerns about school dropout and repetition rates as well as poor maths comprehension.

A spokesperson for SAICA (SA Institute of Chartered Accountants) reports that the ‘pure’ maths pass rate is so low that it is a threat to the future of the accounting profession.

The fact that only half of the learners who enter school at Grade 2 end up writing matric in Grade 12 lessens the credibility of the DoE claims.

So, what are some of the numbers?

Devil in the detail

It is the fact that the 81.3% pass rate is the highest ever achieved, but a detailed analysis of the numbers is required to understand:

Only when we get to grips with these numbers and more will we be able to assess whether our education system is a “system on the rise”.