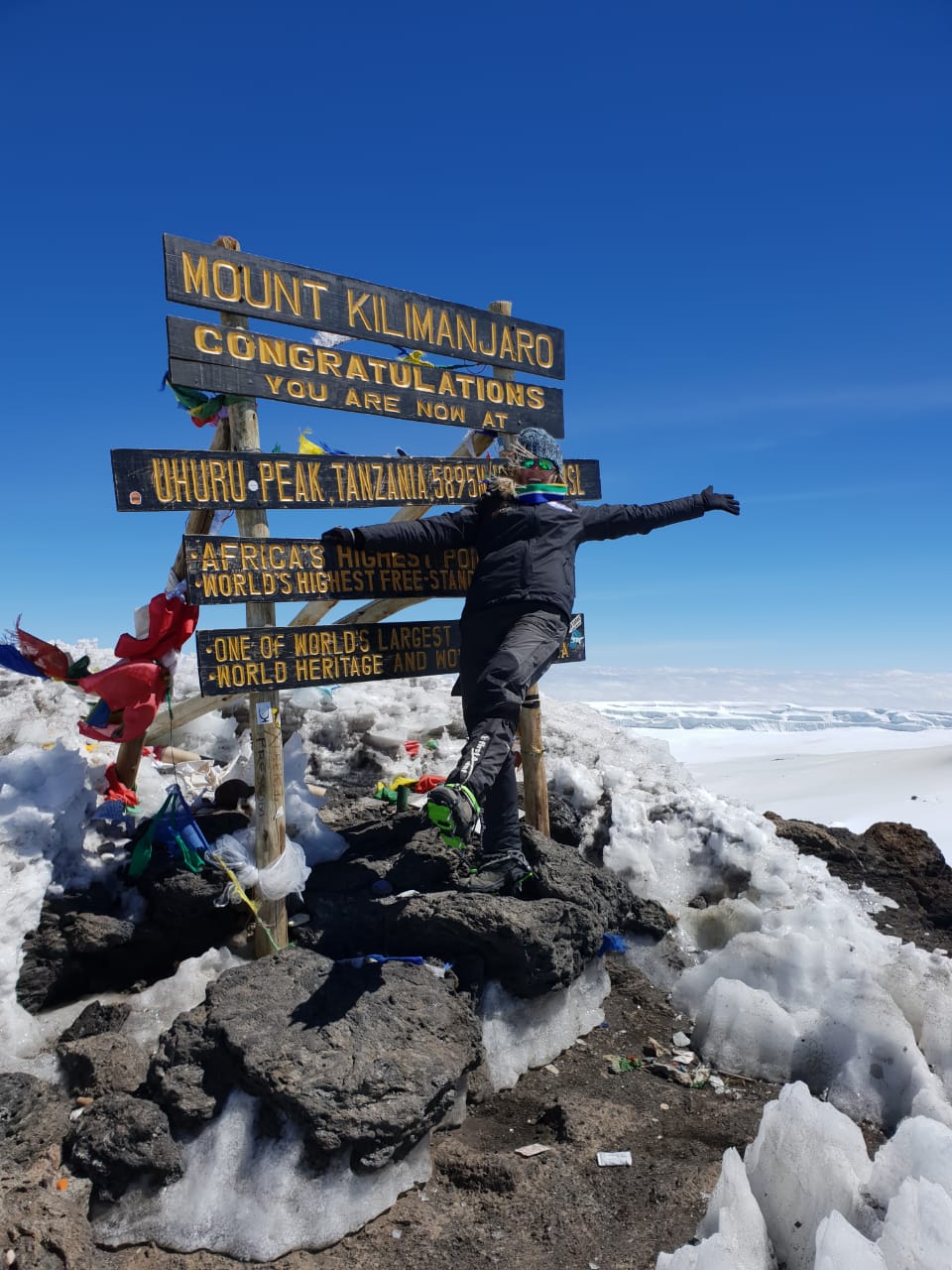 ADVOCATE FOR WOMEN’S RIGHTS AND A CHAMPION OF THOSE WHO HAVE NO VOICE
Nicole Capper, Tammy Taylor Mrs South Arica 2018 Summited Kilimanjaro on Women’s Day

Nicole Capper, Tammy Taylor, Mrs South Africa 2018 has done it again – defying all odds to conquer another “rare heights” challenge! Capper summited Kilimanjaro on Women’s Day (9 August 2018) at 10:30am with the Trek4Mandela fundraising expedition. A climb for Caring4Girls – a non-profit which aims to help keep a #girlchild in school – the gruelling ascent took 11.5 hours from the base camp, with extreme weather conditions almost preventing Capper from reaching the highest peak in Africa. But as an advocate of women’s rights, Capper was determined to make her climb count and snow, freezing temperatures and howling gales were not going to get in the way of her goal to summit.

A day that commemorates how South African women have had to fight for their rightful place in society – this Women’s Day summit could not be more symbolically aligned with what Capper stands for. With a heart for women’s rights – she wanted her climb to have meaning, and says Capper, “Through our fundraising we hope to help young women get an education so they can work hard, follow their dreams and passions – whatever those may be – so they may go on to live full and happy lives. I also hope this expedition will set an example for young girls – demonstrating how you can do anything if you set your mind to it.”

Capper has expressed her gratitude to the public for their outpouring of support and for uniting behind her – but she adds that her guide and mentor, Dream Encouragers Founder Sibusiso Vilane who summited with her – needs a huge amount of recognition.  His belief in “no limits” really spurred Capper on when the going was rough. She also summited alongside radio journalist, Ayanda Nqonji, Samsung CEO, Sung Yoon, as well as Trek4Mandela CEO, Richard Mabaso.

As a mother – leaving her two children behind when she embarks on these adventures is difficult. But Capper explains that she does it for purpose and passion and for her children. She wants to be an example to them [particularly her little girl who has cystic fibrosis] so they know that one day they too can work hard and do brave things.

“I want to be an inspiration to my children; an example of a mother who works hard and is able to overcome challenges – achieving extraordinary feats as an ordinary person. I remind them every time I climb a peak and every time I summit – that they too can go on big adventures. I had to overcome my fear of heights, so they recognise that if I can be brave, can fight and accomplish things I never believed imaginable, then one day they too can overcome obstacles they didn’t think possible.”

As an extension of this, and as an ambassador for Rare Diseases SA, and a Rare Activist and the founder of Rare Heights, Capper uses her mobility and fitness to raise awareness for those without full health, by participating in sporting events and outdoor adventures all over the world. Through this platform she strives to accomplish extraordinary feats – as an ordinary South African woman. She wants to speak for those who have no voice of their own; to be a figurative “breath of life” for those who struggle every day with rare diseases. For Capper being Mrs South Africa is about so much more than notching up Instagram likes – it’s about having purpose, making a real difference and leaving a legacy of significance.

Capper lives each day to the full and through her climbs – she hopes to inspire South Africans so that they too come to realise that challenges can be overcome and that nothing can or should hold them back from achieving their goals and dreams.

With this in mind it’s easy to understand why her favourite quote is:  “May you learn to embrace the freedom that has long been calling your name so you can liberate courage in others so they can do the same.” – Morgan Harper Nicholas

Nicole Capper (33) is a functional medicine pharmacist, model, speaker, presenter, and businesswoman who is the reigning Mrs South Africa 2018. Nicole has two children; Joshua (7) and Tatum (3). The Mrs South Africa journey was a dream for Nicole. Although a smart, ambitious woman who cares for her family and community, she never imagined she had the courage to achieve this goal. Her passion for health and preventative medicine is why she entered Mrs South Africa; to use the platform to educate and create awareness around health and rare diseases as her daughter was diagnosed with a life-limiting rare disease, Cystic Fibrosis, at six weeks old. As an ambassador for Rare Diseases SA, and a Rare Activist, Nicole uses her mobility and fitness to raise awareness for those without full health, by participating in sporting events and outdoor adventures all over the world.