Mitchel Bloem (23) was born and raised in George in the Western Cape and currently works in the USA as a chef. Although he’s lived abroad for a year, he still remains proudly South African at heart. 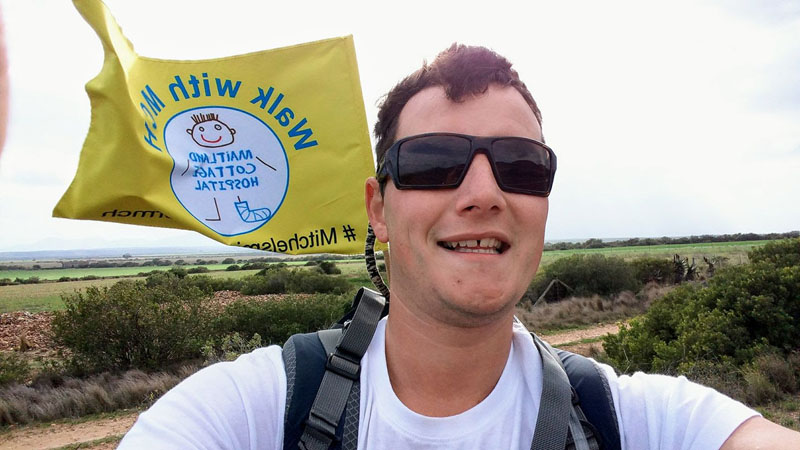 Before heading back home, Mitchel decided to embark on a final adventure on his home soil.  As an act of kindness, he planned and plotted a 429 km walk from George to Cape Town in order to raise awareness and R15 000 for the Maitland Cottage Children’s Orthopaedic Hospital.

After hearing about the non-profit organisations need for a new air conditioner for their Cerebral Palsy patients who are unable to regulate their own body temperature, Mitchel was determined to get the word out and show his support.

“ In honour of this amazing organisation and the children in their care, I have decided to run from George to Cape Town, a distance of 429km , as a beacon of hope for these children undergoing various Orthopaedic treatments. I want to inspire them to focus all their positive energy on their rehabilitation, so one day, they too can run amazing distances to better the lives of others.” – Mitchel Said.

Mitchel is avid world traveller and adventure seeker, known for his energetic spirit and charitable sensibility; he tries to make a difference wherever he goes.

Mitchel started his journey on the 28 August 2017 in George and hopes to arrive at Maitland Cottage Hospital in Cape Town on Thursday, 7 September 2017 as the last stop of his journey, to meet the children he is fundraising for.

His walk turned out to be more difficult than he initially anticipated, but he has powered through the elements, the pain in his knees and his blisters on his feet in aid of his cause, for this he credits his supporters.

“With the support of my family, friends, the BackaBuddy team and everyone who’s made donations to my campaign, I’ve been given the strength and encouragement to keep pushing my limits and expanding my boundaries. It’s been a great test of strength” – Mitchel

“I’m enjoying the journey, and when things get tough along the road, I remind myself of the children I’ve dedicated this to and I feel empowered. People I’ve met on along the way have also been a great support” – Mitchel 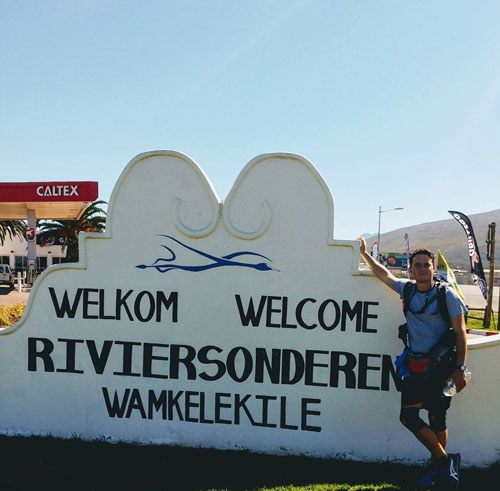 Mitchel’s brother,  Matthew, also got involved in Mitchel’s campaign by organizing his accommodation along the way.

These generous business owners have so far sponsored Mitch a night’s stay.

With his campaign, Mitchel wants to leave his supporters with this message: “Enjoy life. Enjoy the moment. Know whatever you want to accomplish in life, just know that you can do it. It just starts with one step. Be brave”

“The beauty of this campaign lies in Mitchel’s overwhelming passion to help others. He invited us all to be a part of his journey and he’s given an amazing organisation an opportunity to be heard. He has truly tapped into the true nature of crowdfunding” – Zane Groenewald – BackaBuddy

You can support Mitchel’s campaign by donating to his BackaBuddy campaign here: https://www.backabuddy.co.za/champion/project/mitchelsmissionformch

Or make use of the QR code:

The Champion Model: We have a function on our site that allows individuals to fundraise on behalf of their favourite charities. Throughout the year, ordinary people will run the Comrades,  participate in the Cape Town Cycle tour, enter the Color Run or even pledge their birthday’s to raising funds for a charity.