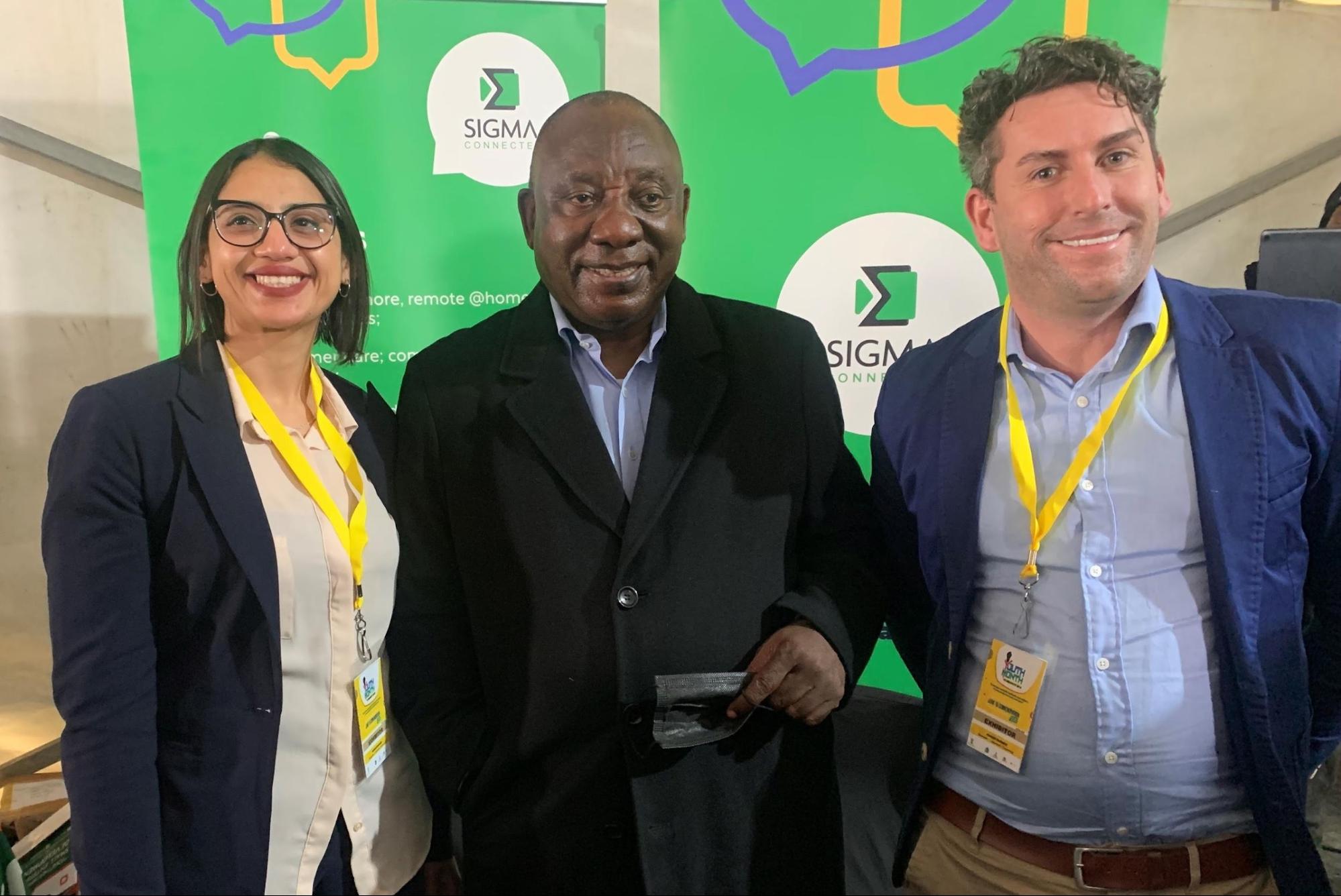 A Western Cape business outsourcing company has attended a high-profile event where President Cyril Ramaphosa asked about the industry and the firm’s growth plans, as well as praising the company for its ongoing work to tackle youth unemployment.
Sigma Connected, which offers customer contact centre services in the energy, utilities, telecommunications and finance sectors, was the country’s only BPO invited to the Youth Opportunities Expo as part of this year’s 46th Annual Youth Day.
The company’s David Neale and Aeysha Coetzee attended the event following an invite from Harambee due to the successful partnership work Sigma has undertaken to employ over 1,000 people from disadvantaged backgrounds through Impact Sourcing.
Sigma currently employs 60% of its staff in Western Cape from disadvantaged backgrounds and earlier this year announced plans to create over 1,000 jobs across South Africa, including in Cape Town’s Mitchell’s Plain – becoming the first BPO to open offices in the township.
The Youth Day event, held at Mthatha Stadium in the Eastern Cape, saw the President addressing the nation and over 500 national delegates and 1,500 young people where he set out plans to tackle youth unemployment.
David Neale, managing director of Sigma Connected South Africa said: “There are currently 70% of young people aged 18-35 unemployed across the country so it is vital everything is done to create opportunities in the coming years.
Attending the event comes only weeks after Sigma Connected won a record breaking nine awards at the 2022 Cape BPO Awards – including the Impact Sourcing Partner Award in recognition for the work the company is doing to create jobs.

Last year, the company was awarded the Broad Based Black Economic Empowerment (B-BBEE) New Compliance Certification – Level 1 by the government for its work to support people from disadvantaged backgrounds.

For more information on the Sigma Connected Group and its services readers can visit www.sigmaconnected.com/za