Countdown to Tiger Bay the Musical

Cape Town’s talent thermometer soared this weekend when 24 outstanding creatives from the UK, and nine from Johannesburg, arrived in the Mother City for six weeks of rehearsals before the opening performance of Tiger Bay the Musical at Artscape Opera House on May 20th

This marks the final leg of an epic journey for Michael Williams, the managing director of Cape Town Opera, who wrote the book and lyrics for Tiger Bay the Musical. Williams says: “The two-year journey of creating characters in my imagination now takes on a three-dimensional reality as a wonderful cast brings these characters to life. And finally, we will hear composer Daf James’ sparkling score leap from the page in all its glorious harmony!”

Leading the creative team, acclaimed director Melly Still is perfectly suited to tackling a family musical that explores gritty topics such as child labour, sexual equality and mixed race marriage. Still has worked as a director, choreographer, designer and adaptor for many companies including the National Theatre of Great Britain, the Royal Shakespeare Company and Glyndebourne Festival Opera. Most recently, Still directed the epic tetralogy of Neapolitan novels by Elena Ferrante, My Brilliant Friend, at the Rose Theatre – a celebrated five-hour event in the London theatre calendar.

Ensuring that Tiger Bay the Musical has all the right moves is choreographer Kenneth Tharp OBE. Tharp has extensive experience in leading cross-disciplinary collaboration in the fields of dance, music and opera. As well as 25 years as a professional dancer, Tharp has choreographed more than 40 works, including the large-scale community opera Heroes Don’t Dance for London’s Royal Opera House.

In 2003, Tharp was made an OBE in recognition of his services to dance.

Designer Anna Fleischle’s superb credentials include numerous awards for the design of Martin McDonagh’s Hangmen at the Royal Court and subsequently in the West End. She won the Critics’ Circle Award 2015, the Evening Standard Award for Best Design 2015 and an Olivier Award for Best Set Design.

Leading the star-studded cast is Broadway musical sensation John Owen-Jones, who, with more than 2,000 performances in the role, is well known as the Phantom in Andrew Lloyd Webber’s Phantom of the Opera.

Cast alongside him is Vikki Bebb, a graduate of the Royal Welsh College of Music and Drama. As well as a fantastic voice and acting talent, Bebb lends an authenticity to the role as she was born and raised in the Cynon Valley, like the fictional character she portrays.

The story of Tiger Bay the Musical is set in motion when a Zulu man, Themba, arrives in Tiger Bay seeking revenge for the horrific murder of his family in the Boer War. Playing this role is South African Luvo Tamba who recently drew widespread acclaim for his performance in the Isango Ensemble’s adaptation of Jonny Steinberg’s A Man of Good Hope.

Playing the roguish heart-throb Seamus O’Rourke is Noel Sullivan, a founding member of the pop group Hear’Say. Sullivan turned to musical theatre after the group disbanded, appearing in productions such as Fame, Love Shack and What a Feeling. He also performed the role of Danny Zuko in Grease at the Jersey Opera House. 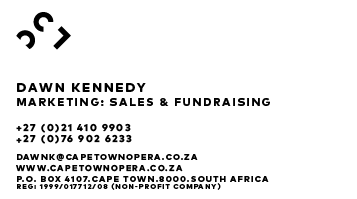