THE NEXT THREE (3) MONTHS IN SA, WHAT ARE THE POSSIBLE SCENARIOS? 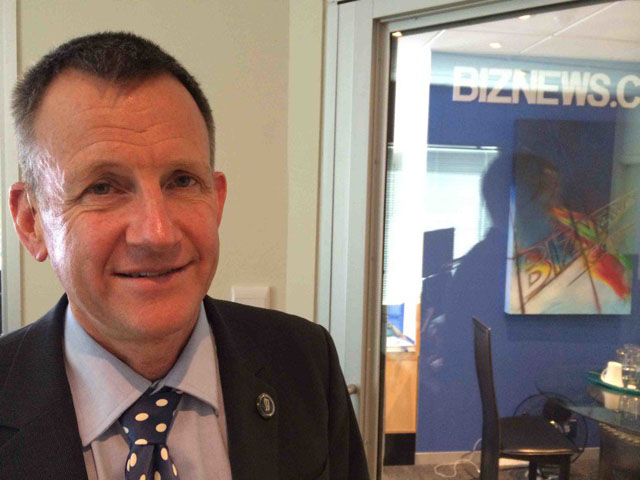 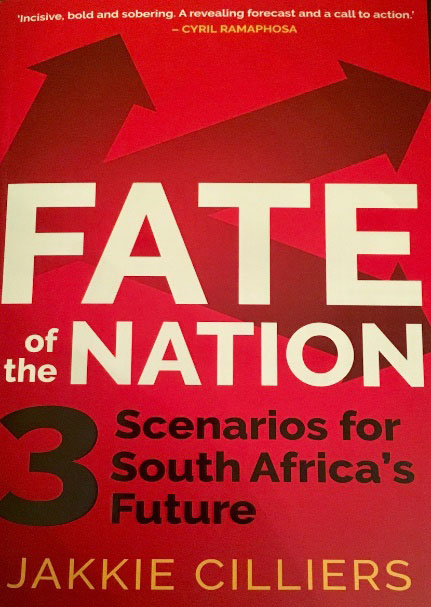 Alec Hogg recently spoke to Jakkie Cilliers, author of FATE of the NATION which offers three scenarios for South Africa’s future. I have attempted to summarise the interview below, it is worth a read – no doubt the next three months are going to be ugly, interesting, unpredictable, and …..absolutely critical to our future – Steuart Pennington.

Your book ‘Fate of the Nation’ poses three scenarios: the upside being Mandela Magic, the middle road and the most likely one being Bafana Bafana, and the downside being Nation Divided. Perhaps, before we talk about each of those, what are the key assumptions that you plugged in to get to those scenarios?

Alec, the key assumption is that politics and developments in the ANC in particular are fundamental to South Africa’s future for the next few years. Quite a lot has been written on the direction of causality. Our political direction will determine the future of South Africa over the next 10 to 15 years. We are at a turning point in South Africa. At the end of this year, the ANC have their National Conference at which they will elect new leadership. The ideological direction in which the ANC will proceed after that, really informs the subsequent socio-economic scenarios that follow from in Fate of the Nation. To inform the political analysis (and there’s a lot in Fate of the Nation that analyses politics, election trends, and so on) I divide the ANC, which is very complex into three large groupings.

1st is the traditionalist grouping.

This is sort of where President Jacob Zuma is currently taking South Africa. It’s a more ruralist black nationalist orientation.

2nd is the reformist tradition.

That is the Constitutionalists, the ‘born frees’ – the youngsters, as we refer to them who were born after 1994 when South Africa had its first democratic election.

3rd is the undecided voters.

Their allegiance and what they decide to do will determine if the swing vote goes towards the reformers or towards the traditionalists. At the moment, many (particularly black South Africans) are generally supporters of the ANC but they’ve become disillusioned in the last ten years under President Zuma. The ANC under him, has faced an economic headwind – the great global depression since 2007/2008 – and they suffered abysmal leadership.

This has been like a wet blanket over South Africa’s growth. Our considerable growth potential is significantly less than it should be and voters see this.

The big question is, “What’s going to happen in December of this year? Are we going to see the reformists within the ANC triumph and drag the ANC into the 21st century and under that scenario, the ANC can continue governing South Africa until 2034, which is the time horizon of the book.

Alternatively, we’re going to bumble along and that is why the current path forecast – Bafana Bafana – is named after our uninspiring national soccer team, which is not doing that well. There’s no captain. The team is not particularly fit. They don’t have a strategy. They dribble the ball along but they don’t really score a goal.

Or are we going to head downwards towards a nation divided where in actual fact, the populists/traditionalists triumph and South Africa really does badly, as we’ve seen many other countries go down that traditionalist/populist pathway, which is not (in today’s world) a direction for growth.

There are many moving parts in all of this but most recently, a part that numerous pundits are pointing towards is the secret balloted vote of no confidence in Jacob Zuma where 198 people out of a potential of 400 voted in favour of him. In other words, the view was that they had the choice but they are still stamping the current role. The traditionalists (as you’ve described them) appear to have triumphed. Does that swing any of your scenarios one way or the other?

Look, it’s a long-term scenario prognosis so I’m glad to say (touch wood) that the forecasts are holding out quite well. My forecast under all three scenarios is that President Zuma will survive until early next year – 2018 – but that come 2018 (in other words, in December of this year, the ANC elects new leadership). Thereafter, under any scenario, he moves off early next year. If he stays in as President of the ANC, it would be disastrous for the party and for the country, come the 2019 National Elections. The fact that the ANC have got (if I’m correct) 249 out of the 400 seats in Parliament, a significant number of the ANC Members of Parliament did not vote for Jacob Zuma despite strict instructions to do so from the party, shows that the ANC is feeling the hurt. 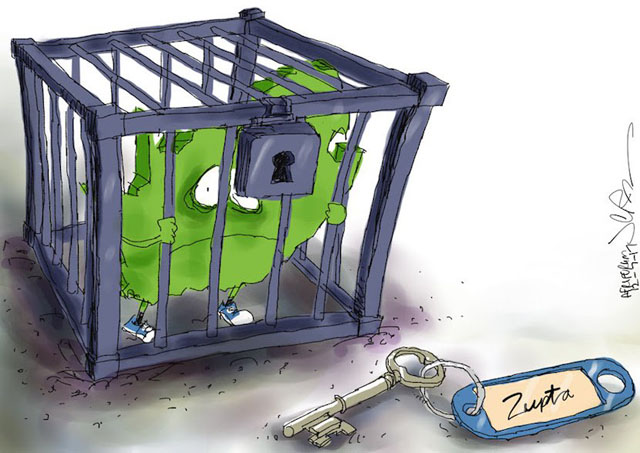 The reality is that if the ANC could modernise itself, then the scenarios are that come next year, the Gauteng ANC, which is the most reformed-orientated grouping within the ANC and controls the economic heartland of South Africa (Gauteng Province) will split from the party. Then the ANC in 2019, falls below the 50% mark in the scenarios I’ve done in Fate of the Nation and the Democratic Alliance and the new party can probably run Gauteng. That would mean that two provinces (the Western Cape and Gauteng) are no longer under ANC control and the future of the party at national level is probably quite clear and not very inspiring. If you’ve lost the economic and urban heartland of the South African economy, then you rapidly become a rural party with declining election prospects. That really is the ‘nation divided’ scenario, politically.

In the concluding chapter of the book I quote a well-known academic from the University of Cape Town, Anthony Black, who makes the point that the South African economy needs to walk on two legs.

The one is the knowledge economy. That is the economy that we see in Cape Town with the movie industry and ICT. The other leg consists of the subsistence agricultural leg. It is the leg through which we provide employment and state support to a large cadre of unemployed in South Africa.

What we have in South Africa is a private sector and government that are literally at war with one another. Again, the mining sector is a very good example so, we need a clear vision. We need to decide how we are going to transform ourselves and then we jointly have to work at that future and that certainly, is not the current situation. 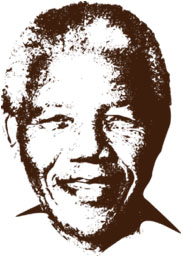 Under Mandela Magic South Africa, averages about 3.3% of growth to 2034 but it takes about 10 years to undo the damage of President Jacob Zuma era because we’ve gone backward since Zuma took over

Bafana Bafana is where, come December of this year, the ANC opts for unity. It says, ‘we are so divided what we want is, for example, a compromised team.’ Cyril Ramaphosa as president, and Dlamini Zuma maybe as deputy president. This is where the ANC basically, does not resolve its ideological divide, this big divide between the Traditionalists and Reformers. So, you have a continuation of South African policy where the ANC talks left and walks slightly right. And you have less incoherence in cabinet then you have at the moment. It’s very difficult to see how you could have more incoherence than what we have at the moment – but it’s not a high-performance team.

The implosion of the ANC under Jacob Zuma is opening up new political possibilities and the main theme in the book is that those political choices will determine our future, and that is coming closer every day. So, don’t look potential secession and these kinds of issues but I think in terms of, while it may not appear that way. The underlying story is in a sense a story that the future is ours to shape. It is not necessarily, because we are making, particularly the ANC, all the mistakes. They can undo many of those mistakes and there are many quick wins that we can achieve in South Africa. 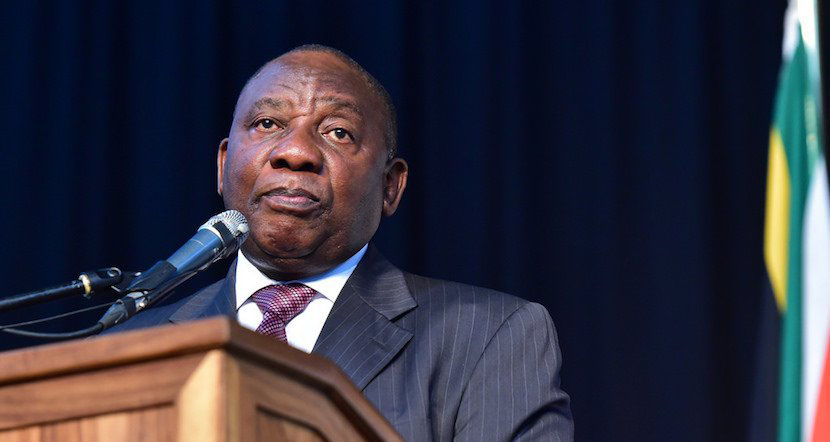 Very interesting, I can’t see Ramaphosa and Dlamini-Zuma sharing a platform, as Jakkie concludes. Interestingly, Jakkie makes no mention of Zweli Mkize. I think he is the dark horse – he will either side with Ramaphosa as part of an invigorated Reformist Group or he will side with Sisulu in a part reformist/part chug-chug Bafana group.

My sense is that the debate within the ANC will be “what do we need to do now (in Dec) to ensure we win the National Election in 2019?” Ramaphosa, Sisulu and Mkize are the front-runners if this logic prevails, the rest ….. Dlamini Zuma, Radebe, Phoza, Mbete are no-hopers in my view.

Also, Jakkie also makes no mention of Malema, I think he is a factor in ANC thinking. He will only work with the front-runners and cause ANC voter disaffection if any of the no-hopers are put forward.

Jakkie Cilliers is the founder of the Institute for Security Studies in SA. A full-bright scholar and the author of ‘Fate of the Nation – Three Scenarios for SA’s Future.’