DSC Attorneys partners with OCAL Global to change the lives of children living with disabilities in the Northern Cape. 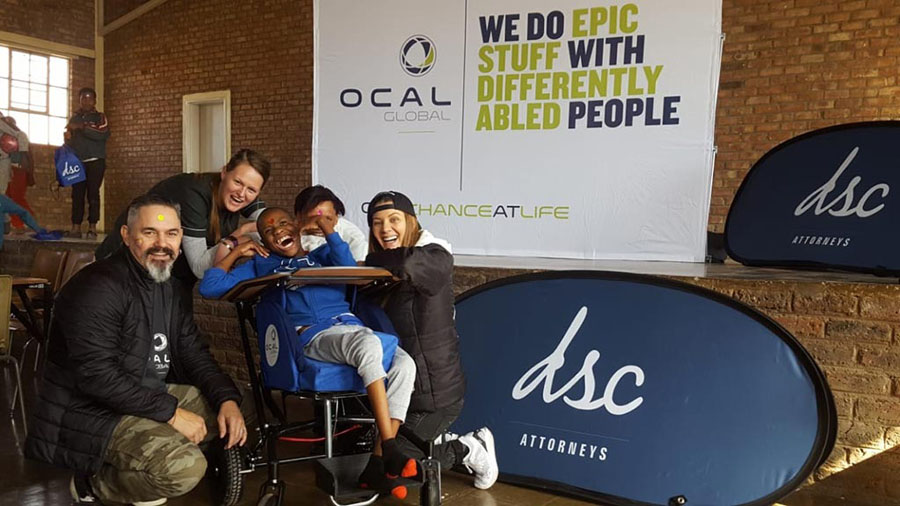 According to the World Health Organization, as many as 15% of all South Africans live with a disability. Many of these people are children – and in too many cases, they’re not receiving the basic support they need. 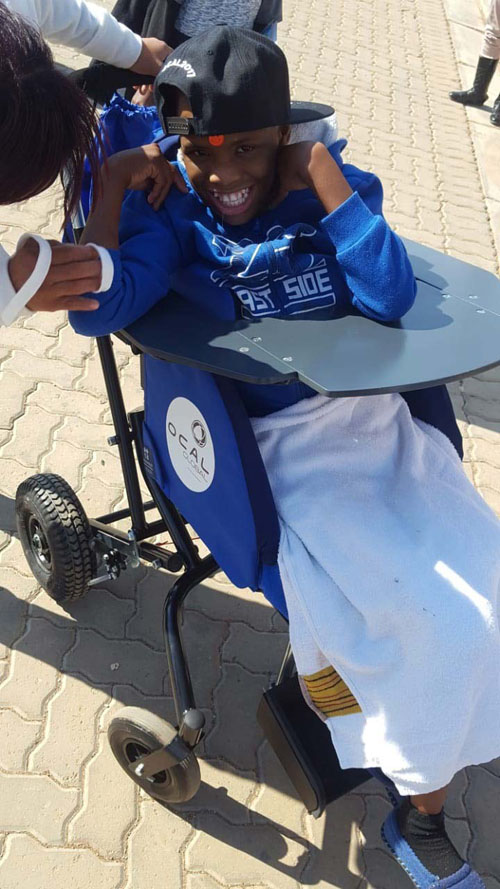 With so many overwhelming statistics, it’s easy to focus on the logistical problems and, in the process, forget about the children who make up those figures. Many of these kids say the hardest part about being disabled is the discrimination. Being treated like a number only makes it worse.

“Sometimes all these kids need is just some love and attention. They are children after all and they deserve to have some joy in their childhood, says Nicolene Mostert founder of NPC, One Chance At Life (OCAL) Global. Mostert’s organisation does much to combat the stigma associated with disability.

The organisation’s goals are to provide wellness activities, economic opportunities and sustainable skills development programmes for differently abled people. With the assistance of DSC Attorneys, a law firm specialising in personal injury and Road Accident Fund (RAF) claims, the organisation is tackling the issues one step at a time.

One of the projects OCAL Global is currently running involves working with differently abled children in the Pixley ka Seme District in the Northern Cape. The goal is to bring some normality to these children’s lives, through simple, fun activities like colouring-in, face-painting and playing games. Mostert has been working in this area for several years and has identified over 2000 children under the age of 12 who have disabilities and who haven’t once seen a doctor or been properly diagnosed.

12-year-old Thato (name changed), for example, suffers from cerebral palsy and needs his mother’s constant assistance to perform basic day-to-day activities. Because he can’t walk, his mother often has to carry him on her back, covering long distances when she runs daily errands.

On a recent trip, DSC Attorneys and OCAL Global delivered a wheelchair to Thato and his mother. The simple donation has made a real difference to the boy’s and his mother’s lives. Thato reports feeling much more independent and his confidence has grown. His mother says, “It’s the first time in 12 years that I’ve felt hope”.

“Sometimes we think we need to make some big change to have an impact, but even the smallest effort can have a huge effect on someone’s life. I was really grateful to see that”, says Jacqueline Hudson, associate attorney at DSC Attorneys.

OCAL Global is focused on making persistent impact at grass roots level, “because that is how we bring change and hope to those who need it most,” says Mostert. She says much change can be brought by companies just evaluating their approaches to corporate social investment.