The Columba Academy made the learners from Oval North realise that they have the power to change the future. They decided to provide academic assistance to the younger grades, equipping them as the leaders of tomorrow. 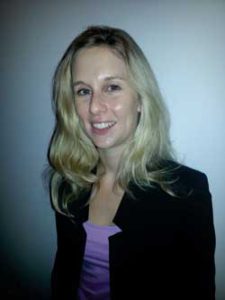 “Before I went on the camp…I was for myself and I just thought jislaaik, this is life, this is my community. My community will never change and I’m not really interested in this community, I was placed there for a reason but I’m not going to care,” says Jaime Fisher, Grade 11 learner at Oval North.

Indeed it is a community under severe pressure as a result of high unemployment, domestic violence, gangsterism and drug abuse. However, it is also a community filled with hope. This optimism for the future is keenly felt in the classrooms of Oval North Secondary School in Beacon Valley, Mitchell’s Plain. In the middle of exam time, some of the 2013 Columba graduates have gathered, along with school Principal, Mr Na-iam Kassiem, and a few educators to discuss the changes they have seen at their school.

Looking at problems differently
“The stuff they told us and they taught us on the camp, it really opened my eyes,” says Jaime. “When I came back I just looked at the community differently and my personal problems at home, I also looked at them differently. I said maybe I must make the change – it must start with me!”
Realising their individual potential and role that they can play in changing their own circumstances, their school and the community around them is part of what every Columba graduate goes through at an Academy. So far 24 learners, as well as six educators, including the principal and deputy from Oval North, have had the opportunity to attend Columba Leadership training. Both Academies have been funded by Merchants.
Under the leadership of Mr Kassiem, the groups have taken a very structured approach to the Academies, each time focusing on one particular issue faced by the school. The first group, who attended the Academy in 2012, focused on littering.

Creating a better learning environment
Oval North is situated at the bottom of the valley so dust and litter tend to settle on the grounds when the wind blows. Most of the school’s fence has been stolen. There is also illegal dumping in the empty fields around the school, which adds to the mess.
The learners decided to initiate and lead an anti-littering campaign, calling themselves the Neat Freakz Clean-Up Club. They reviewed the school’s code of practice on littering and wrote a new policy, which was accepted by management, staff and the school governing body.

They took their ideas to stop littering and encourage recycling to Project Citizen. This is an annual event held at the Western Cape Provincial Legislature that gives selected learners the opportunity to showcase their solutions to problems in their school and community.
Their remarkable efforts at cleaning up the school environment inspired Educator, Ms Lamees Joshua, to create a garden at the front of the school. Naysayers told her that nothing would grow in the sandy soil of Beacon Valley and that all the plants would be stolen. Today, the Lamees Joshua Peace Garden is bountiful and Aunty Lamees is able to share cuttings from her many plants with other schools, churches, mosques, community organisations and gardeners in the neighbourhood. The learners have now requested a rose garden, she says, which will be particularly useful for Valentine’s Day!

Unassuming role models
The second group attended the Academy in 2013, calling themselves the LTCs (Let’s Change Together).

Physical Science Educator, Mr Fabian Valentine, says he noticed that the learners had much more confidence in themselves when they returned from the camp. “You can have all the talent and skills in the world but if you don’t believe in yourself, you don’t have any confidence in yourself…you can’t do anything, you won’t get anywhere!” Realising their own potential at the Columba Academy is the first step. “I never thought of myself to be an inspiring person so the camp has taught me to think more about myself, to higher my self-esteem,” says Clemith Marcus, Grade 11 learner and 2013 Columba graduate.

As soon as they returned from the Academy, the graduates gave a presentation to the other learners and printed out each of the six Columba values to put up in every classroom. They also asked the educators to speak about the values to their learners.

In pursuit of academic excellence
“People would have the mind-set that that you will never find a physicist or mathematician coming out of Mitchell’s Plain ever, it’s impossible! And then we said, we are going to make the impossible possible by starting with the classes,” explains Kenon.

The group embarked on a project of peer education; offering academic assistance to learners struggling with Maths in particular. The entire Maths department became involved in the project, assisting the group in drafting the answer memos and providing any physical and material resources they needed. Impressed by this Columba graduate-led initiative, other educators have also requested peer tutoring programmes for their subjects.

The group did experience some resistance from the other learners in Grade 10, who found it difficult to accept help from their peers. It also wasn’t very easy for the learners to stay after school because of the violence in the area. The group now hopes to raise funds to pay for a taxi to take those learners who live in gang-endangered areas home. Safety, along with health, is going to be the focus of the next camp. “That is why the next Academy is going to be so important. Those guys can own Beacon Valley – those other people (gangsters) who ran in with their ill intentions of the young people – or we can push them right out,” says Mr Kassiem.

Undeterred by these setbacks, the group decided to focus on the lower grades, offering weekly classes to the Grade 8s. “We decided we were going to start out small. Instead of starting with Grade 11 with Grade 11, why don’t we start with Grade 11 with Grade 8 and we’ll see the turnover in five years’ time when the Grade 8s of this year are in Matric that year – we should get 100% pass rate!”
They recently assisted the Grade 9s with English, Afrikaans and Maths in their preparation for the Annual National Assessments (ANAs). In the June holidays, they provided study sessions for the Grade 8s as many had performed poorly in their mid-year exams. They received media coverage of this initiative, with Debbie Shafer, MEC for Education in the Western Cape also coming to visit. The feedback that Deputy Principal, Mr Ridwaan Williams received was unheard of from a group of 13- and 14-year-old learners during their holidays. “Sir, can’t we come back next week to do Mathematics again!” he laughs.

The ripple effect that Columba inspires
Some of the other learners have also stepped in to assist with the tutoring. “The home team has gotten very involved, showing us that they also want to be part of the fantastic thing that is happening in and around the school,” says Kenon. Mr Valentine says that many of the Columba graduates still don’t recognise the fact that they have become role models. “I don’t think they realise that the rest of the school actually looks at them and they want to be like them,” he says.

The girls in the Columba group, with the help of some of the other learners, have also started a girl child movement, raising funds to improve the girls’ ablution block and give them pride and dignity at school. They are now considering a boy child movement, to give the boys some added guidance at school. Another member of the group has also started an HIV/AIDS awareness programme.

Service is of utmost importance to the Columba group, as demonstrated by the sacrifice of their own holidays to tutor the Grade 8s. “It’s important because we need to serve our community, our school. It’s important to serve them, to bring back what we learnt there (at the Academy) and instil it in our school,” says Yaseera Vitran, Grade 11 learner and 2013 Columba graduate.

By starting with the Grade 8s, they hope that the practice of peer education continues and results in academic excellence for the entire school. “After five years or four years, Oval North will have the highest pass rate in Mitchell’s Plan, or we will have the highest pass rate maybe in the Western Cape, or one of the learners that is in the top 10 in the Western Cape because of that trend that we started,” says Kenon.

Academic achievement is not only important at an individual level, although many of the Columba graduates have noted an improvement in their own marks since the Academy as well. It is also important for the school and ultimately, the community.

“People will start to recognise that Mitchell’s Plain is not only a community of violence and that Mitchell’s Plain is a community where there is actually academics and there are learners that are doing very well,” says Kenon. “We will put a whole different image of our community out there in the world!”
COLUMBA
Our mission is to activate youth potential through values-based leadership programs for the double benefit of maximising their prospects of academic and professional success and improving the schools they attend.
We transform disadvantaged youth from passive resignation to active agents of change and role models for personal progression.

Our ethos is simple, young people already have inner greatness; our task is to elicit this greatness and activate latent leadership potential.

The Columba programme is a three-stage intervention over 2 years with 5 broad objectives: