CAN WE PARTNER TO IMPROVE EDUCATION? 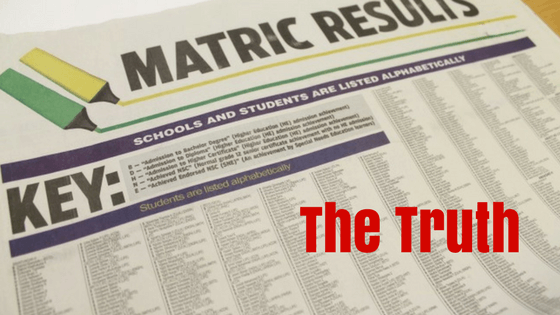 “DEAR SOUTH AFRICANS, WHY ARE WE SO GULLIBLE?  HERE GOES MINISTER ANGIE MOTSHEKGA ONCE AGAIN LEADING YOU BY THE NOSE.” FORMER UNIVERSITY OF FREE STATE VICE-CHANCELLOR PROF JONATHAN JANSEN RESPONDING TO THE RELEASE OF THE 2017 MATRIC RESULTS.

Each year at this time, we the public face up to the spectacle that has become the announcement of the Matric results; a proxy for the state of basic education in the Republic. It’s become a bit of sport. Forget the boxing day test match; it’s more like the Matric results tennis match with the Minister serving up ever more creative ways to spin the announcement of the Matric results, and commentators and education gurus like Prof Jansen and Stellenbosch University academic and educational economist Nic Spaull replying with winning returns to prove that she is smoking her socks. It would be rather entertaining were it not for the fact that it’s our children’s lives – and de facto the future of our country – that they are talking about.

The devil is in the detail. The Minister tells us that the Matric class of 2017 achieved a 75.1% pass rate. This is true. However, the specialists will reply that this is a desperate attempt to cover up the reality of education in South Africa; there is a crisis of epidemic proportions in our basic education system and we aren’t fixing it quickly or decisively enough to deal with the knock-on consequences including unemployment, poverty and inequality. It is not stretching the point to say that the story behind the Matric results is the story of how and why we are failing to deal with this triad of evils in this country.  This is why Prof Jansen is quoted as saying: “Any government that prides itself on the few that succeed and ignores the many that fall out of the school system has clearly lost its moral bearings.”  He is prompted to make this statement by the fact that over 50% of children who start Grade 1 will not reach Matric; over 645 000 pupils drop out between Grades 1 and 12. What happens to these children? And just as terrifying is the fact that 50% of those who qualify for university will drop out before completing their higher education.

The virtue of Principled Leadership

What is causing this crisis and what can we do about it? Time and time again it is proved that schools that have strong, passionate, disciplined and principled leadership succeed often in the face of overwhelming hardship. You would be literally blown away if you were to hear the stories of school Principles I have sat and spoken with who defy all odds to produce astonishing results from their kids. But here’s the challenge – how do we create such leaders?

The answers may not be ones that we want to hear because it may require something of us: We need to acknowledge that the government does not have the answer here. It is failing. Period. This means that – whilst we must hold government to account – we the citizens of this country must step up in the interests of our children and our nation at large. 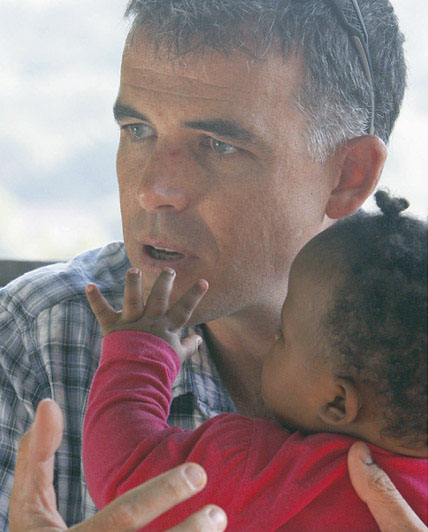 There are a number of ways we can do this, but I would like to focus on one in this column because it has been proved to be instrumental in fundamentally altering the future of schools and children in our country. It is simple: partner a business leader with a school principal for a period of 1 year. This hands-on and very simple leadership development approach has been proven both locally and internationally as one of the most effective ways to transform schools and hence the basic education system.

In South Africa, the NGO Partners for Possibility is acknowledged to be a leading light globally in this field. Since its launch in 2010, 684 business leaders across the full range of industries and business sizes, have partnered with school principals for a year. This leadership development exercise at the top of a school has impacted 20 520 teachers and over 547 200 learners nationwide. This extraordinary impact has led to Partners for Possibility being a strong contender for listing in the prestigious “Top 500 NGO’s in the World” ranking due to be announced next week.

I want to go at this thing hard because it is a remarkable program that changes lives – and not only the lives of the principals, teachers and children it impacts, but also the lives of the business partners. If you are a school principal or teacher reading this; if you are a business person who wishes to play a significant role in our country and in children’s lives by using your skills in business, then Partners for Possibility should be top of your new year’s resolution list. (And incidentally, it is not a huge commitment in terms of time.)

Partners for Possibility has information sessions coming up in Durban on the 25th January and in Pietermaritzburg on the 26th of January. For details contact Diane@Symphonia.net.

His writing is dedicated to the memory of Anene Booysens, Emmanuel Josias Sithole and Suna Venter.