(or, what is your perception vs the truth?) 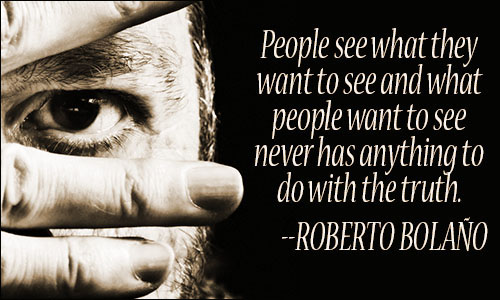 2018 has arrived and there seems to be a fair amount of positive energy out there:

It seems we have a slight up-tick in confidence levels.

The Challenge for 2018 – aligning perception with reality

I fully get the “perception is reality” quote, and agree with what Roberto Bolano has to say below:

This month TIME published an inspiring edition edited by Bill Gates in which he says (as I have so often said ?) “It is in the nature of news coverage. Bad news arrives as drama, while good news is incremental—and not usually deemed newsworthy. A video of a building on fire generates lots of views, but not many people would click on the headline “Fewer buildings burned down this year.” It’s human nature to zero in on threats: evolution wired us to worry about the animals that want to eat us.”

Last month the ECONOMIST published “The corruption of South Africa” in which the editorial stated that “Under President Jacob Zuma the state is failing”. 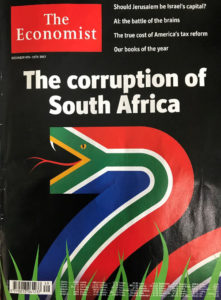 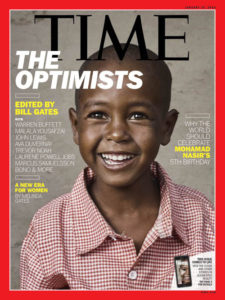 What then is the gap between our Perceptions and our Truth?

Are we as Bill Gated urges, a nation of optimists or will be, in 2018, persist in beating up on ourselves?

According to a recent IPSOS Survey of 38 countries we SOUTH AFRICANS have the biggest, the MOST INACCURATE, gap between perception and reality. As Roberto Bolano says above, what we see ‘has little, if anything, to do with the truth’.

Take the test yourself https://perils.ipsos.com/quiz/zaf/index.html

Let’s make 2018 the year of aligning our perceptions with reality – make is our business to understand the TRUTH.

The table below demonstrates how bad we are at getting this right – YES ‘the worst in the world’ (jokes – perception), but actually, the worst out of the 38 countries surveyed (truth -reality). 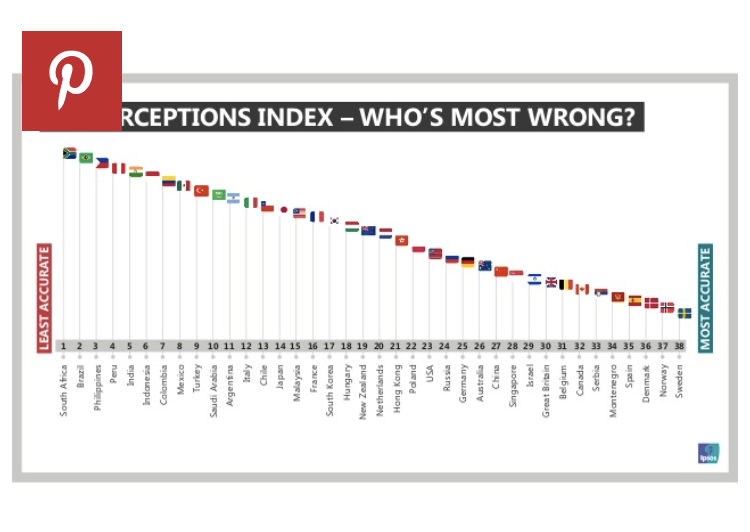 At www.sagoodnews.co.za we will continue to promote the truth, research the facts and hopefully build a more informed, balanced narrative of this country we live in.