He’s just much more strategic, much more motivated and much more ruthless than his rivals 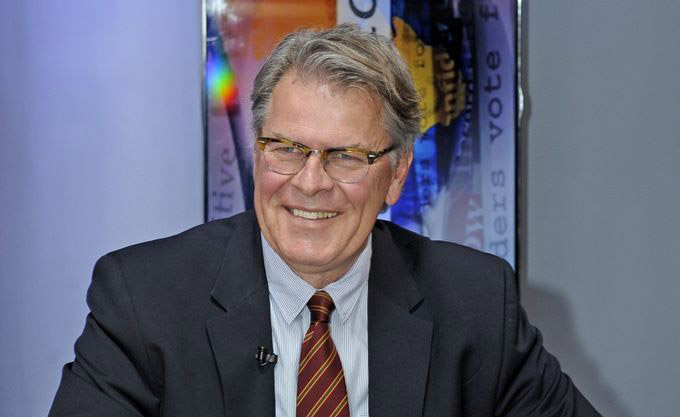 Oh dear. Another attempt to dislodge Jacob Zuma; another failure. Someone once gave me a blow-up sort of doll of Saddam Hussein. It had sand as ballast at the bottom so that every time you punched Saddam he’d fall over and bounce back up again, laughing.

The laughing soon stopped because the little device that made the sounds broke, but the weekend’s events at the ANC National Executive Committee (NEC) reminded me of my Saddam doll. Basically, the president has control of the NEC. Some brave souls aside, they back him.

The next site of struggle, I suppose, will be a vote of no confidence in Zuma in parliament. Zuma will win that too. The constitutional court still has to rule whether that vote can be carried out in secret but I’ll tell you for free, now, that Zuma will win it, secret vote or not.

And then, in December, Zuma, in the form of his former wife Nkosazana Dlamini-Zuma, will stand again for re-election as leader of the party and guess what? He’ll win again! He’s just much more strategic, much more motivated and much more prepared to go for the throat, than his rivals.

The only way to end the Zuma nightmare is to vote the ANC out of office in 2019 and I’ll bet you, now, that the worthies in Cosatu, who don’t want Zuma to ever speak to them again, or the SA Communist Party, which has called on him to resign, as well as his opponents inside the ANC, will have a great coming-together ahead of the 2019 election.

They will need to fight off the spectre of a Mmusi Maimane-Julius Malema-headed onslaught that could just tip the ANC share of the national vote into 48%/49% territory. Or not. The ANC is able to abuse state resources to fight elections and it won’t hesitate to do it again. The DA is well organised but it needs to sort out the strain between Helen Zille and Maimane, and present some economic policies it can fight the election around. 2019 can’t just be Zuma Zuma Zuma.

The EFF is well led but its vote remains small and, sadly for it, unregistered. The IEC cannot register you if you don’t have an address and given the political effect of a real effort to register people who might vote EFF it is hard to see the IEC really trying.

So the ANC (Zuma faction) will probably win in 2019. Zuma is the curse the gods have flung at SA as punishment for our past. He is cruel, calculating, deceitful and greedy. He is also weak when money is flashed at him — a bit like Superman and kryptonite — he can’t not take it.

I wish I could think of, and then sustain, any other scenario than Zuma winning time and time again. Apparently this time, though, his laugh device also failed and he warned the NEC rebels that should they try again they’d regret it. “And I will strike down upon thee with great vengeance and furious anger those who would attempt to poison and destroy my brothers. And you will know my name is the Lord when I lay my vengeance upon thee,” is the Pulp Fiction approximation of what he said.

I know! Between them Jackson Mthembu, Pravin Gordhan and Cyril Ramaphosa could surely organise a smalanyana rebellion in the ANC benches when the UDM’s no-confidence vote finally comes to the floor. Let’s see what Zuma means?

As for the brothers and the great vengeance, the Gupta family will have had an uncomfortable Sunday. The e-mails leaked to the Sunday Times and City Press were devastating and having the Gupta lawyer call them fake news in one breath and then demand to see them in another demonstrates the tension in that family.

The one thing they should do, however, is the one thing they’ll never do — sue the newspapers. That would require them to speak under oath and the lies they and their pathetic cabal of public sector miscreants like Brian Molefe, Matshela Koko, Mosebenzi Zwane and David Des van Rooyen tell and have told are by now so many they might never leave the court once seated in it.

The e-mails prove beyond any doubt that under Zuma, his family and the Guptas have set out to control the boards and executives of key public sector companies and then generate vast contracts for themselves from these public companies. It is theft on a grand scale. And my congratulations to the editors of both big Sunday papers for telling the stories so well. Stunning stuff and I’ll bet there’s more to come.

One of the clear elements of the geopolitical piffle Zuma speaks is that the country is under threat from foreign agents. In this he is often encouraged by secretary-general Gwede Mantashe, normally a rival. But it is no joke. Zuma makes no bones about his leanings to Russia and China and of his hostility to the West.