HOW SOUTH AFRICA CAME ROARING BACK IN DAVOS, AT “THE TURNING OF THE TIDE”

After the complete despair of SONA, the heartfelt emotion of Joost’s Loftus Versfeld Memorial Service and the gloom and doom of the Sunday papers – in 48 hours – I had difficulty dealing with my vacillating, schizophrenic, yo-yoing patriotism. I sat in bellicose despair as every parliamentarian attending SONA behaved appallingly; I sat with tear-filled emotion as every spokesperson at Joost’s memorial service showed the utmost dignity (some attended both). How will I ever forget Stephan’s stand-in rendition of the National Anthem (the official singers were late) or Amor’s extraordinarily sensitive eulogy, not to mention the genuine sincerity of all the speakers.

Sunday found me in a perplexed dwaal

Monday morning I found this in my in-box – it is a good news read!

After one of its gloomiest years, optimism for South Africa’s future is suddenly roaring back.

Adding to a slew of other positive indicators ranging from SME confidence and Rand strength to new rainfall and the governance shake-up from the August municipal elections, veteran observers of the World Economic Forum report that “Team South Africa” had one of its best ever showings at the iconic Davos event last month.

Alec Hogg, publisher of BizNews, told the SABLE Accelerator that he witnessed the most unified front between government, business and labour that he had seen in his 14 visits to Davos, and its most energized since the 2010 FIFA World Cup year.

“Look, there could be many bumps in the road, but I see a definite turning of the tide for South Africa,” he said. “There’s a lot of good stuff happening; there really is. Unfortunately (Jacob) Zuma is still there, and you need a changing of the guard to see actual change, but there is an undertone of resistance and a momentum. Business has stopped sitting back and saying “it’s not our problem”.

They’re getting involved and are supporting (Cyril) Ramaphosa and (Pravin) Gorhan and the good guys. With Zuma (in Davos), we were the C-Team. This year, (led by Ramaphosa) we were the A-team.”

Other independent observers at Davos agreed. Writing for the Daily Maverick, Stephen Grootes reported: “From the way Team SA behaved… it would appear that we should all be more optimistic than we are. Deputy President Cyril Ramaphosa looked more assured and confident than he has been in ages. But it was the business leaders, the other South Africans who were in the room, who brought the buzz.”

By contrast, South Africa’s Davos showcase to global investors in January last year was widely seen as a fiasco, including a Zuma no-show to a key panel, and following the nuclear deal scandal and the firing of Finance Minister Nhlanhla Nene.

For Hogg, the turning of the tide was triggered, above all, with the municipal election results of August, which saw the opposition DA assume control of four of South Africa’s five largest cities: Pretoria, Johannesburg, Port Elizabeth and, of course, Cape Town. 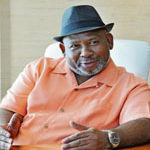 At the same time, he says business leadership has finally taken responsibility for its role within communities in a stressed society, including the key elevation of Jabu Mabuza – chair of Telkom – as head of Business Leadership SA.

“Many middle class South Africans have swung away from the ANC – you’re getting this new breed of South African saying, no, I don’t stand for corruption, I don’t stand for this looting,” he says. “This August election was unbelievably positive – that was an earthquake. And there has been a very interesting development in business in the past year, where big corporate SA, the heavy hitters, said: let’s have white business leaders step aside and let black executives have the responsibility. And its been a cathartic event – Jabu Mabuza, chair of Telkom, is able to engage not from a race-based position. He himself started from the bottom – he was a taxi driver, and he is a respected operator.”

But Hogg says civil society – including churches and even students organizations – have exerted critical pressure against elite enrichment structures, and toward accountability and inclusivity. 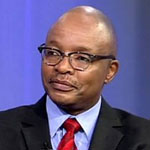 “Look, for instance, at the Archbishop of the Anglican Church, saying in his Christmas Mass, effectively: “this is a corrupt government”. Look at what Save South Africa is doing, under Sipho Pityana. I think Gerrie Nel leaving public prosecutions and joining AfriForum is a very significant event, because you have the chief prosecutor joining a group that says: ‘if the Hawks and government prosecutors won’t investigate corruption properly, we will. And we will put these guys in jail’.”

While the National Development Plan continues to fail miserably in achieving its ambitious goals – including 6% growth which has remained 1% – business leaders have offered comprehensive policy solutions, endorsed by experts, which are gaining traction within the ANC economic cluster. 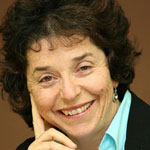 Chief among these is the plan produced by Anne Bernstein of the Center for Development and Enterprise (CDE), who’s “Growth Agenda – Priorities for Mass employment and Inclusion” addresses the chronic mismatch between a high-skills, capital intensive economic structure and the low skills and experience of its stressed workforce. Sable recently reported on this plan, which calls for an urban-led, inclusive, South-East-Asia-style growth path, and specific tactics including mass low wage private sector employment   and a duty-free Export Processing Zone.

However, while applauding inclusive growth strategies, Hogg says a reversal of the corruption trend remains the overwhelming first priority for the country’s reset for the future.

“Right now the priority is first and foremost corruption – nothing else is on the agenda,” he says. “People can talk about growth the need to cut labor costs, and a national minimum wage, but actually the number one priority is to get the corruptors away from our institutions and preferably out of the country. 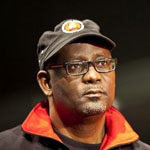 That’s why you have (Zwelinzima) Vavi standing up time and again against corruption; that’s why you have the churches speaking out, that’s why you see civil society in general rallying now, because they understand: if corruption continues to expand the way it has, the greatest growth plan in the world can never get off the ground. Let’s fix corruption, then we’ll dust off the NDP, or get into the kind of stuff that Ann Bernstein’s (CDE) group is proposing. The government hasn’t yet caught the perception on the ground in terms of corruption; they have too many good news filters. But the wind is blowing the other way.”

Perhaps the first and most credible clear signal of the turnaround for South Africans came with Hogg’s raw, second day Diary remarks from Davos, published on BizNews.com.

He wrote: “We had a South African briefing just now and by the way, if this team that was briefing us today were running South Africa, the money would be flooding in from all over the world. As an emerging market, South Africa is in a class of its own when you compare what you’re up against – Mexico, Turkey, and Russia for example.” 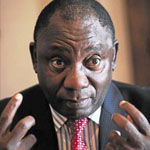 “They did a good job. Pravin Gordhan was there along with Rob Davies, and Ebrahim Patel. All of them had a chance at the microphone, very different to when Jacob Zuma runs the place where it’s very much ‘command and control’ and he gets his acolytes to do the talking.”

And that impression was cemented with Hogg’s Day 5 diary summary: “For South Africa, this was extremely positive. In fact, probably the most positive that I’ve seen in 8 years. The team pulled together very strongly. There was a cohesion between labour, business, and government that I haven’t seen here and if you were to compare last year to this year… it’s like they were different planets. Last year we were ‘pole cattish’ if you like. It was just after Nenegate. Zuma didn’t pitch for one of his sessions.

We were simply, nowhere.

This year, Cyril Ramaphosa was extremely presidential. We had great support from Pravin Gordhan and many of the other members of the team and you could just feel that between business and government, there’s a cohesion that is working, which is great for South Africa.”

Hogg says South Africa had been off-the-radar at Davos for the past 6 years; “really a non-entity”.

“I’ve never seen as cohesive a front between business and government, and labor for that matter” he says. “You’ve had Zuma literally not pitching for the only decent event, which was a televised event on investing in Africa. This year you had Cyril doing what we can expect team South Africa doing in future, and, this time, with business right at his side. 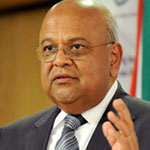 He has Pravin Gordhan – they were very impressive. I went to a session on what will happen to developing markets, where you had two Chinese officials, someone from India, and Pravin – and he was comfortably the most eloquent and thoughtful in the arguments he was making. Of course, he was pretty guarded about the South African economy, and for good reason – there’s lots of fixing to be done.”

Chief Reporter for Africa’s leading newspaper – the Sunday Times (South Africa) – for most of the past decade; a period book-ended by fellowship stints at the Washington Post and at Harvard/ MIT. … multiple award-winning writer, news editor, journalism coach and foreign correspondent.