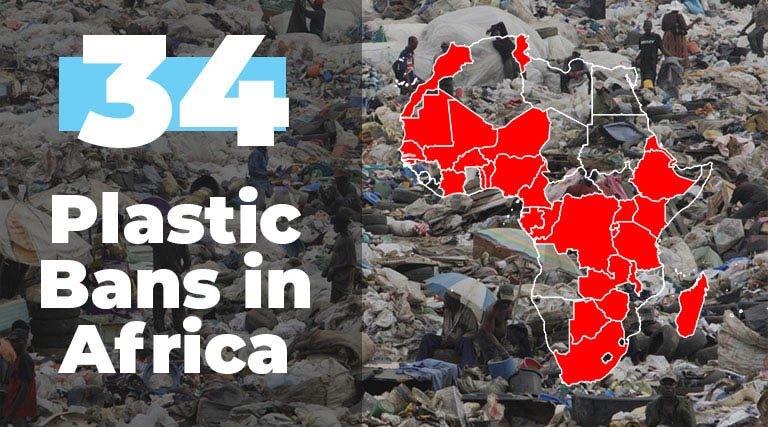 Africa has come a long way on the journey to creating a single-use plastic-free world with many victorious milestones to celebrate across the continent. We’ve been said to be leading the way in the fight against single-use plastic. But our steps are heavy as we move forward, with the world under lockdown and the many pressures of a pandemic on our shoulders. Every journey has interruptions, obstacles, and reflective pauses; COVID-19 certainly feels like a combination of all of these. So, while we reconfigure our compasses, let’s take stock of where we are.

Out of 54 states, 34 have either passed a law banning plastics and implemented it or have passed a law with the intention of implementation. Of those, 16 have totally banned plastic bags or have done so partially without yet introducing regulations to enforce the bans. Compared to the rest of the world, the continent is seemingly doing a great job, but let’s look at the reality of plastic bans in Africa.

The national elections in 2019 provided Greenpeace Africa with an opportunity to engage politicians on the issue of plastic pollution. Our volunteers rallied together to create a successful petition that was delivered to representatives of each major political party in the country, calling for the inclusion of a ban on single-use plastics in their election manifestos.

South Africans are familiar with the levy on plastic bags, and it is an easy enough measure for the government to implement – which it has since the levy was introduced in 2004, along with a ban on thin plastic bags. However, the April floods in Durban last year forced us to question the efficacy of this levy. When the Durban harbour seemed to have more plastic than water after the floods, who does it comfort to know that we pay 25 cents for a bag when we buy groceries?