DO YOU WANT TO PLAY POLITICS………….OR TEACH SOME-ONE ELSE TO? 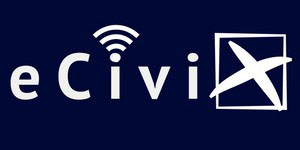 South Africans are more politically literate now than they ever have been, but there is still a lot that is misunderstood. So, just like the game Monopoly teaches money ‘literacy’ and the game Scrabble teaches word ‘literacy’ in a fun way, the game eCivix teaches political literacy in a fun way! Much needed in SA – Steuart Pennington

eCivix is a non-governmental organisation that aims to promote civic education and constitutional literacy amongst young South Africans. Run by a diverse group of people who have a passion to help change South Africa, the organisation intends to enhance and develop South African democracy by bringing about change and political awareness in our citizenry – all helped along by various civic and constitution-based games.

Apart from the development team, eCivix consists of academics, lawyers, actuaries, and a number of students in the fields of economics, law and politics.

In view of the dire need for constitutional literacy amongst the youth of South Africa, eCivix commenced the development of its election simulator in early 2017. It would be possible, by making use of social media and the internet, to help high school learners discover the intricacies of constitutional democracy on their own – all whilst having fun. An easily-accessible, enjoyable game would be used to teach high school learners about the South African electoral system – an initially small change in our community but, one that, eventually, promises change and effective democracy in the country as a whole.

The game is a turn based political simulator, roughly based on the 2019 South African General Election, backed by statistical and political data representing present-day South Africa.

Each user starts the game by creating and naming a political party. Having done this, the newly minted party leader selects 10 issues to form the focus of their campaign. Each of these issues has a predefined position on the political spectrum, ranging from far-left, centre-left, centre, centre-right and far-right. Taking social grants as an example, it would look something like this:

With each turn, the user will be able to select one of a variety of actions, each falling within the three broad categories of campaigning, fundraising and polling. Each action costs a set amount of money and a resource called “manpower”. These exact quantity of money and manpower allocated to each party is determined by party’s support amongst the general (simulated) population. 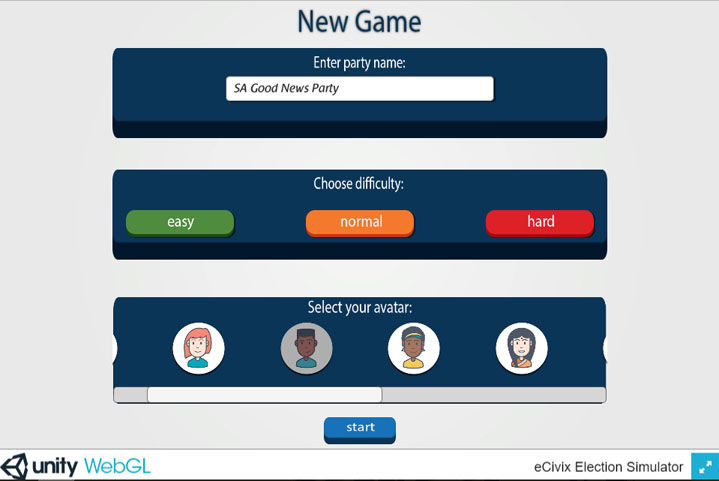 The AI, reacting intelligently to the kind of party created by the user, will then create 3 opposing parties to contest the election as well – resulting in a fierce battle for every last vote.

All of this is made possible by the highly intelligent ideological engine running in the background. Each action and position taken impacts voters in several categories – just as in real politics, players will have to make difficult decisions on whom to impress. Similarly, the AI has access to the exact same toolkit the player has, making it a realistically desperate battle between four parties.

A conscious design choice was not to base the game’s parties on any real parties in South Africa. While this does mean that players will not be able to play as their favourite party, this has the key advantage of making any conceivable political party possible. This also furthers one of the objectives of the game: fostering and developing issue-based politics, reflecting what voters think on specific issues and policies, rather than party identity.

At the end of the game, the game statistically determines the voter turnout for the election (as based on previous elections) and then calculates the amount of support each party receives, automatically converted to seats in parliament. We hope to incorporate a leader-board into the game, so that the competitively minded are able to compare their performances with that of others.

The game is free to play, and will in no way have any pay-to-win or freemium aspects.

The game is currently in the final stages of development and will be available and playable on the Internet by October 2017.

The main objective of the game is to encourage issue-based politics and to allow users to learn the intricacies of the South African electoral system. Emphasis is, for instance, placed on the fact that, during a South African general election, ballots are cast for both the provincial legislators as well as the national legislator.

We hope that the game will help South Africans see politics as fun – and as an important tool for enacting tangible change in our country. 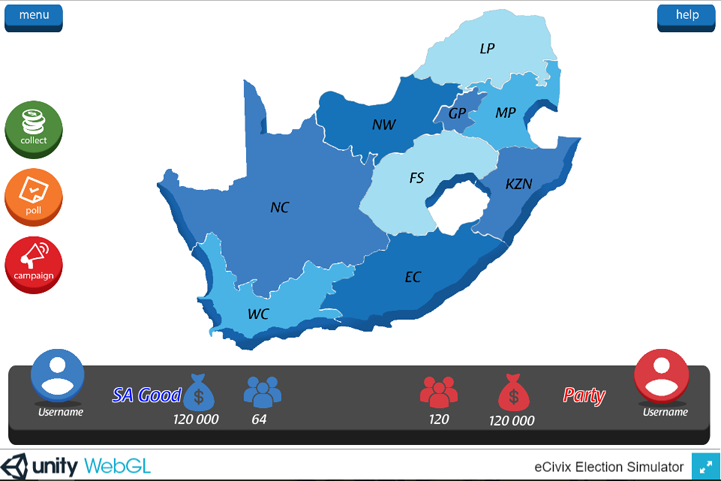 Co-founders and directors of eCivix