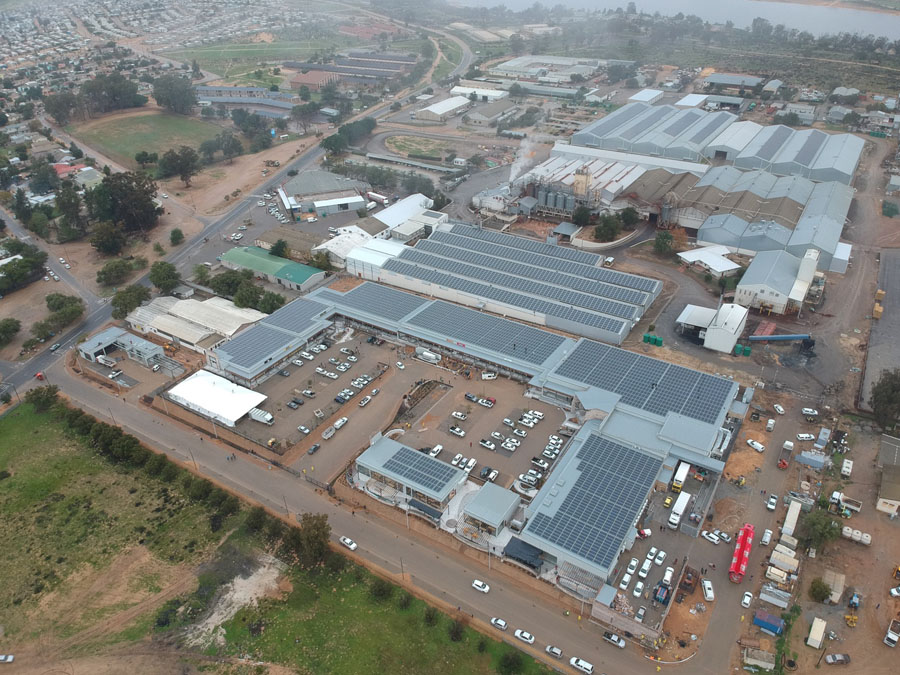 Clanwilliam’s first retail shopping centre, which opened at the end of June, is an example of how renewable energy is aiding economic development in small towns with limited access to the national grid.

This is according to Dominic Wills, CEO of SOLA Future Energy, whose company installed a solar photovoltaic (PV) system that provides the additional power for the Cedar Mill Mall that Eskom can’t supply.

During the connection application, the parastatal indicated that it was able to supply only 250 kVA of continuous power due to constraints on the grid. However, to get the project off the ground, the mall’s developers, Noble Property Group, needed at least double what Eskom was able to approve: 500 kVA.

“The solution was to utilise the substantial roof space on the mall to install a solar PV and lithium-ion battery system to provide the additional power,” explains Wills.

Thanks to the solar PV and battery system, electricity can also be supplied to the mall independent of the central grid. This will make the centre resilient to power outages, which often plague small, remote municipalities.

“In addition to providing power to the grid and off-grid, the exciting potential of solar PV technology is that it can provide solutions that supplement the grid. This technology is deployable in rural settings, where electricity connections are often limited,” Wills adds.

The shopping centre, which is expected to create 300 permanent jobs, promises to be a boon for traders, economic activity and job creation in the town.

The solar PV system is expected to save the mall 1.1 million kWh electricity per annum, resulting in a 982 tons carbon emission saving for at least 25 years.

During 2016, it was estimated that  80 MW solar PV was installed on rooftop projects in South Africa, a figure 10 times higher than 5 years before.

Over the past 5 years we have seen solar PV take centre stage as one of the most affordable, reliable and deployable forms of energy in the world. The expansion of the rooftop market – particularly in South Africa – has meant that businesses can benefit from clean, cheaper energy now more than ever before. Added to this, the development and accessibility of storage solutions now means that completely off-grid, or supplemented grid options, are now available. These developments have taken place  rapidly, and continue to change the face of available energy options in the world. It will be exciting to see what the market brings in the next 5 years.