CEOs cheer up after ‘Ramaphosa rally’

A quarterly poll of CEOs done by Merchantec Capital found that South African business leaders had cheered up to a level last seen six years ago in 2012.

Financial sector CEOs showed the biggest jump in confidence, perking up to 69 points from 41.82.

Of the six industries Merchantec splits its CEO confidence index into, basic materials CEOs were the only ones to get more gloomy, with their index falling to 45.83 from 47.14 points.

Technology CEOs remained just under the pessimistic side of 50 points, with their index growing to 49.77 from 39.11 points.

Consumer goods CEOs were the second most optimistic after financial sector CEOs, cheering up to 61.11 from 46.52 points. 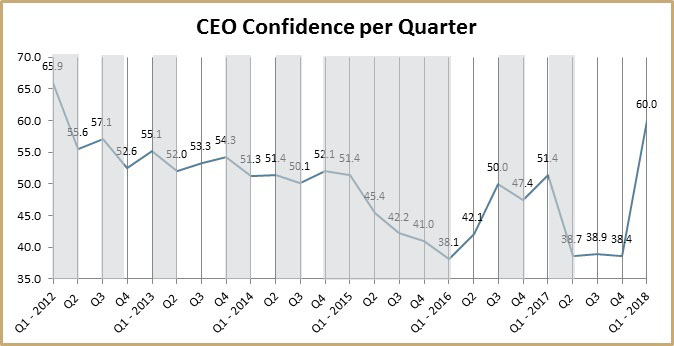 As Alec Hogg points out 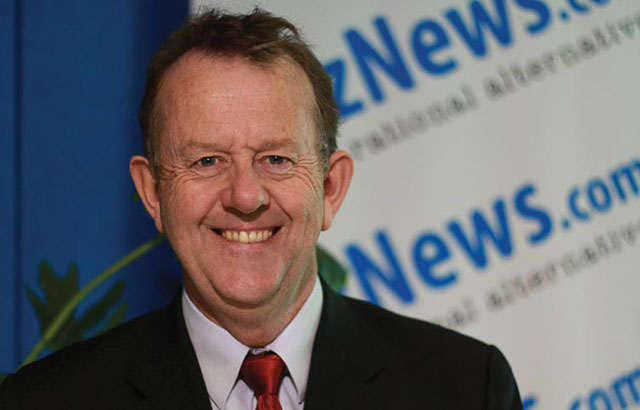 “With so much noise about, one needs to look in the right places for answers. And when it comes to the economic future of South Africa under president Cyril Ramaphosa, there are few better positioned to guide us than a direct adversary from his old labour union days, former Anglo exec turned futurist Clem Sunter.

Sunter’s assessment in a piece he wrote for Fin24: “If he shows the positive qualities which I know he has from frequent meetings with him when he was the leader of the NUM, we have a chance of moving back once more to the High Road trajectory. If he is overwhelmed by internal divisions inside his own party, or by outside forces which render him powerless, the Low Road beckons with an extreme ending not to be dismissed.”

Clem puts the High Road probability at 60%. But says this will require skilful addressing of six issues:

Get those right, he says, and SA is on track for the 5% economic growth rate needed to make a meaningful and sustained dent in unemployment. Mess up on those six key challenges and the current Low Road will continue. Some good news in all this, though, is Sunter puts the prospect of the country declining to Zimbabwe-like chaos at just 10%.

And on Monday night President Cyril Ramaphosa unveiled a key part of his economic turnaround plan. It targets a massive turnaround in foreign fixed investment which has fallen from R76bn in 2008 to a pitiful R18bn last year.

To spark the fixed investment campaign, Ramaphosa has conscripted four ambassadors from the business sector into national service. Their directive is to travel the world and encourage foreigners to inject capital into SA, helping the country reach an ambitious five year target of $100bn in fresh fixed investment.

The international sales pitch will be led by globally respected former finmin Trevor Manuel and Jacko Maree (ex Standard Bank CEO), with former deputy finmin Mcebisi Jonas and entrepreneur Phumzile Langeni completing the quartet. Their directive is to turn into reality the Goldman Sachs forecast of SA being the hottest Emerging Market investment destination of 2018.

Ramaphosa reckons “SA has entered a new era of hope and confidence.” The baton has now been passed to Manuel, Maree and Co. It’s in good hands.