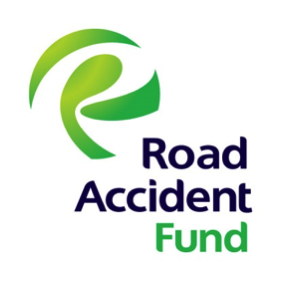 CENTURION: South Africa’s (SA) roads will carry several stories as people embark on their journeys this festive season, and the Road Accident Fund (RAF) is committed to ensuring these stories get told.

In a unique take on Road Safety promotion, the RAF has launched a festive season campaign which will seek to ensure that life’s many stories are carried on SA’s roads so they can be shared with loved ones when people reach their destinations. Whether it’s a recent promotion, the excitement of an impending wedding, managing to write exams in the midst of campus turmoil, disappointment at not getting a bonus again this year, or the anxiety of a possible retrenchment, everyone will have a story to tell when families and friends reunite.

RAF Chief Executive Officer, Dr Eugene Watson, said not everyone will be travelling far this holiday season. “For some, it may only be a kilometer or two, while for others it will be hundreds of miles away. It’s not about distance but safety – yours, your family, friends and above all everyone who shares the road with you. The common thread is that everyone’s life matters, particularly at this time of year when we have stories to tell. Family news, exam results, job woes – our roads carry many stories; let’s make sure they end well.”

The messaging breathes new life into the RAF’s existing ‘MyRoadYourRoad’ Road Safety campaign, which talks to the roads belonging to all of us; it appeals to our sense of community and above all encourages empathy and respect by acting responsibly when travelling over the holiday season.

The RAF’s approach to fulfilling its mandate is three pronged: firstly, we promote awareness on a regular basis through various marketing and public relations campaigns; secondly, we facilitate proactive programmes such as educating drivers and motor cyclists about defensive driving skills, creating infrastructure such as speed humps to reduce speed together with local authorities, or providing child car seats; and lastly, covering, compensating and rehabilitating accident victims and their families as the consoling arms of government in the unfortunate event of major injuries or death after a car crash.

RAF Chief Marketing Officer, Phumi Dhlomo, explained: “We have taken the #MyRoadYourRoad concept up a notch this festive season by appealing to people’s emotions or tugging at their heart strings during this time of togetherness. All we ask is that people please keep their senses and get home or wherever they’re travelling to in one piece so they can recap all the highs and lows of 2016, before entering the New Year.”

The look and feel of the festive season campaign is one that will show the beauty of SA’s roads, while painting a picture of the many stories that the roads carry. The campaign will consist of both an internal communication, as well as a consumer-facing campaign that will include video, radio, social media, activations and public relations.

Radio adverts have been produced in all 11 official languages to ensure the widest possible reach, while a #MyRoadYourRoad video will be re-purposed so that the campaign can also have a presence among commuters through Taxi TV. The video will be uploaded to You Tube, and also shared on social media where the public will be encouraged to share their stories.

With traffic volumes increasing throughout the country and traffic conditions constantly changing, the RAF has made road safety awareness a priority through various activations over the holidays which will encourage road users to also think of others when making use of SA’s vast road network. Greater Road Safety awareness and other opportunities to educate people about the RAF products and services will be created throughout the festive period during activations in shopping malls, taxi ranks, forecourts, and at road blocks together with local traffic officials.

Should claimants need to make an enquiry in the unfortunate event of being involved in an accident, kindly contact the RAF Call Centre on 0860 23 55 23. In the event that the Call Centre cannot be reached, claimants are asked to leave a message and a Call Centre agent will return your call at the soonest opportunity. Claimants can also access more information and services from any of the RAF’s five Regional Offices in Pretoria, Johannesburg, East London, Cape Town and Durban; the 100 Hospital Service Centres (HSCs); five Customer Service Centres or four Walk-in Centres countrywide. They can also follow us on social media; twitter, @RAF_SA; Facebook, Road Accident Fund; and Instagram, RAF_ROAD.

The Road Accident Fund (RAF) operates as the caring arm of government. Part of the RAF’s mandate is to actively promote the safe use of SA’s roads, an endeavour spearheaded by a dedicated unit whose integrated Road Safety strategy was approved by the RAF Board in 2014/15. The United Nation’s (UN) five pillars of the Decade of Action for Road Safety, SA National Road Safety Strategy, Road Accident Fund Act, No. 56 of 1996, and the RAF’s Strategic Plan 2015-2020 form the basis of the RAF’s road safety strategy 2014-2017.

Pillar five of the UN Decade of Action (post-crash response), as well as SA’s commitment to contributing to a reduction in road crashes of at least 50% by 2020, also guides the RAF’s strategic focus on Road Safety.