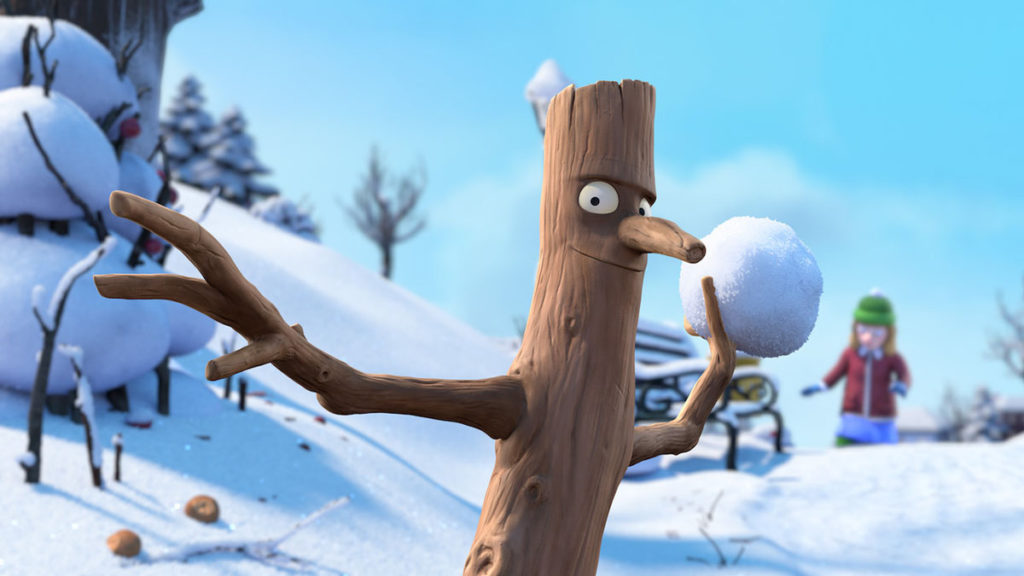 The Kidscreen wins are just the latest accolades for Stick Man, which has now won 11 international awards on three continents so far, including the Cristal for a TV Production at the world’s leading animation festival, Annecy.

Animated in Cape Town, Stick Man is an adaptation of the bestselling picture book by Julia Donaldson and Axel Scheffler (The Gruffalo).

“Stick Man lives in the family tree with Stick Lady Love and their stick children three,” until he’s taken further and further away from home on an epic adventure across the seasons. He runs from a playful dog, gets thrown in a river, escapes from a swan’s nest, and even ends up on top of a fire, as he tries to get back to his family in time for Christmas.

Stick Man, which premiered on BBC One at Christmas 2015, is currently streaming on Showmax.

Coinciding with the one hundredth anniversary of Dahl’s birth, Revolting Rhymes combines the classic fairy tales of Little Red Riding Hood, Snow White, The Three Little Pigs, Jack and the Beanstalk and Cinderella, serving them with a mischievous twist. The two short films are directed by Jakob Schuh and Jan Lachauer, both former Annecy winners and Oscar nominees. Britain’s Daily Mirror called Revolting Rhymes “the best thing I watched all Christmas,” while The Guardian hailed it as “a treat.”

Triggerfish is currently underway on a third BBC One Christmas collaboration with Magic Light Pictures, The Highway Rat, another Donaldson/Scheffler adaptation.

Watch and embed the promo for Stick Man:
https://www.youtube.com/watch?v=K7SLexWe6ko

Watch and embed the promo for Revolting Rhymes:

Established in 1996, Triggerfish Animation Studios is a Cape Town-based film and entertainment company.

This includes the Oscar-nominated animations Chico & Rita, The Gruffalo and Room On The Broom; and Annecy winners The Gruffalo’s Child and Stick Man.

The company directly manages production, licensing, global distribution and marketing, as well as running an international merchandising programme with over 40 licensees and 250 products.

About Julia Donaldson and Axel Scheffler

Julia Donaldson and Axel Scheffler are the UK’s number one picture book author/illustrator team, responsible for bestsellers like Stick Man, The Gruffalo, The Gruffalo’s Child, Room On The Broom, and The Highway Rat.  Donaldson was Children’s Laureate from 2011-2013.