Three Nelson Mandela University student-athletes have been included in the University Sport South Africa team to compete in the World Student Games next month.

They form part of a USSA delegation of 180 sportsmen and women who will be competing in 10 sporting codes at the 29th edition of the competition.

Madibaz Sport athletics manager Nellis Bothma said it was the first time they had three athletes in the national squad.

“We are very proud of our athletes and this is a great opportunity for them to show what they can do at an international level,” he said.

“Our ladies, in particular, have been excellent this year, with the team coming second in the university championships.”

Bothma added that the athletes had been rewarded for their hard work with the USSA selection.

“I also want to thank the coaches for the work they have done to ensure our athletes can compete with the best. They are helping to keep the Madibaz flag flying high.”

He said he thought steeplechase athlete Cherise Sims had been unlucky not to make the team as well. Kingwill said she was thrilled to receive a chance in her final year at the varsity. She is doing her masters in media studies. “This is really exciting for me as it is my last opportunity to represent USSA,” she said.

“It’s been something of a comeback for me as I have battled with injuries in the past three years and I have been pleasantly surprised with my results.” She added that she expected tough competition as many of the athletes who would be attending had experience of competing in international meetings.

Eesou, who will run in the half marathon and 10 000m, will be attending his second games, hoping to improve on his previous performance in South Korea two years ago. 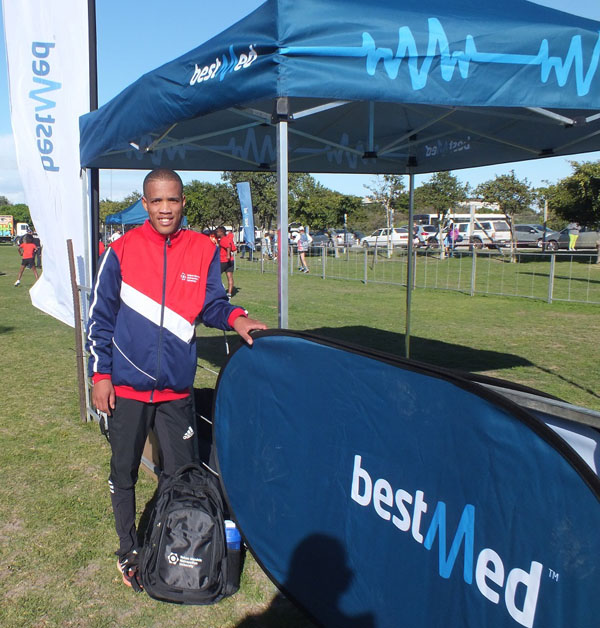 “We were able to get a team medal (bronze) in the half marathon last time, but this year I am looking to add an individual medal to that,” said the second-year sports management student. “I am very happy to be included in the USSA team as it is one of the biggest meetings on the world circuit.”

Senekal also competed in South Korea and acknowledged that they would again face tough opposition from their peers. “The competition two years ago was very strong and I am sure it will be the same this time,” she said.

“I am going in with the objective of making sure I qualify for the finals and I will then take it from there. It is a great opportunity for us to show what we can do.”