Paarl-based wine and spirit producer KWV walked away with all the major awards at the annual International Wine and Spirit Competition (IWSC) in London, beating local – and international – brandy and cognac producers to the ultimate title: Brandy Producer of the Year.

Following major wins in esteemed international competitions earlier this year, KWV left no doubt about the quality in its stable when it also beat global competitors to the Worldwide Brandy Trophy 2017 for its KWV 15-year-old Potstill Brandy.

The IWSC is respected worldwide for the benchmark it sets for quality in the wine and spirit trade: nearly 90 countries compete, and entries are adjudicated by over 400 global experts, judging products for seven months of the year to ensure a considered approach to tasting is adhered to for each product.

Each entrant is judged alongside equivalents from various countries: Brandy would be judged together with Cognac, for example, making KWV’s victory even more noteworthy.

Cognac has long since been universally considered as the world’s finest spirit distilled from grapes, and this French spirit has enjoyed global appeal as a result. However, KWV is proving that it can comfortably rival this counterpart with its classically styled Brandy that takes years to perfect.

A key differentiator of South African Brandies are the strict laws of production governing Brandy distillers. Legislation dictates that Brandy in South Africa should be matured in 340 ℓ French oak barrels for a minimum of three years – whilst other countries only require six months, to 2 years. At KWV this regimen is taken a step further with its potstill brandies that are allowed ten years or more of maturation time – in the instance of the KWV 15-year-old it can include brandies up to 18 years – to allow for the quality and purity that give KWV’s double-distilled potstills their internationally competitive edge. 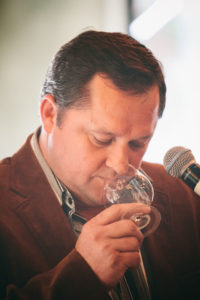 Says De Bod: “I am incredibly proud of our spirits team. To win a product trophy at the IWSC is a huge honour. To win the Category Trophy is a once-in-a-lifetime dream for any producer, especially in such a highly competitive environment.”

Du Toit echoed this sentiment: “To be awarded the Trophy for the world’s best Brandy and Cognac producer is a feeling which I cannot describe in words. This was a team effort, proving yet again our continued dedication and innovation is world class.”

“Last year, KWV’s 15-year-old claimed Best Brandy in the World, at the ISC, after claiming the same title for KWV 20-year-old the year before. Collectively KWV’s Brandies have secured the ISC trophy eight times, and the IWSC trophy ten times – far more than any other producer, making KWV Brandy one of the most awarded Brandy brands in the world,” says De Bod.

“The fact that brandies in the KWV collection have all secured various trophies and awards over the years, indicate that our team of distillers has mastered a distinct DNA and a top-secret recipe for success,” concludes De Bod.