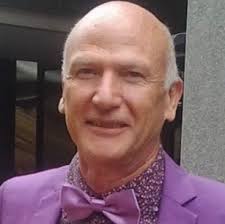 South African businesses show a high degree of confidence in their ability to succeed in the face of a tough economic climate, according to a new HSBC survey of over 8,500 companies in 34 markets, “Navigator: Now, next and how for business”.

The survey was conducted between August and September for HSBC and reflects sentiment among South African business some six months into the presidency of Cyril Ramaphosa.

Despite the domestic economic backdrop, the HSBC Navigator survey reveals that nine out of 10 respondents in South Africa believe the near-term outlook for international trade is positive, higher than the 78% global average.

A similar share of respondents (91%) feel confident their company will succeed in the current trade environment. Expectations of global economic growth and confidence in buyer/supplier relationships were most frequently cited as key factors supporting this optimism.

The top three markets targeted for expansion by South African businesses responding to the survey are Botswana, the United States and Mozambique.

Relatively few respondents identified the US-China trade dispute as having an adverse influence on their outlook. Instead, concerns were more frequently centred around the exchange rate and the deterioration in domestic economic conditions.

The Navigator survey also shows that, globally, more than half of companies (51%) expect that free trade agreements, where they apply to their country and industry, will benefit them over the next three years. FTAs are particularly popular in emerging markets, with 60% of firms in these countries saying they will have a positive impact, compared to 45% of firms in developed markets.

Mark Stadler, Chief Executive Officer of HSBC South Africa, said: “South African businesses are staying positive in the face of some of the most challenging economic conditions seen here for some years. The ability to remain focused in volatile circumstances has long been a characteristic of local business leaders and underpins their optimism compared to counterparts in other countries. It is also encouraging to note that South African businesses are prioritising digitalisation and data analytics as drivers of growth and efficiency.”

Nearly nine out of ten (89%) businesses in South Africa claim to utilise data to optimise performance, a higher proportion than the global benchmark (75%). Around half of companies say they use transactional datasets (52%), while a similar proportion use market data (49%), operational data (48%), social media data (47%) and customer personal data (45%).

In the goods sector, increasing the use of technology in the supply chain is the top change planned by just over a third (35%) of respondents, which is somewhat higher than the global average (28%).

In the services sector, increasing the use of technology in supply chains was also most frequently identified amongst respondents, with the share of South African respondents (41%) again higher than the global benchmark (27%).

The second most frequently cited change was shifting the risk management/financing structure of the supply chain. Enhancing security and reducing risk is the most common objective of planned changes to supply chains for services businesses (39% of respondents).

Ethical and environmental sustainability appears to be an important consideration for both goods and services companies in South Africa. Only 10% of respondents claimed that sustainability was not a focus for their business.