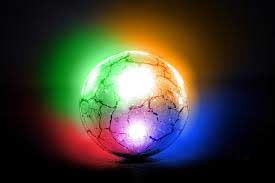 Personally, I can’t wait for the State of the nation Address on Feb 12th, after all gazing into the future in South Africa is like, as the Afrikaans idiom goes, trying to “gaan haal die bobbejaan agter die berg”. Not an easy task when you havea sense of foreboding, but are not sure at all why.

So why the foreboding?

Politically we are going to have an extremely unpredictable year:

President Zuma won’t have a ‘good story to tell’ as he did in 2013, nor will he be able to side-step many of the challenges facing SA by adopting a hollow NDP implementation theme or a vague Presidential Business Working Group theme.

There are too many storm clouds gathering.

At the ANC’s 103rd birthday party our President proclaimed:

“We cannot ignore the scourge of corruption that eats at the fabric of our society and constrains economic development. The ANC must continue to lead in ending corruption.”

Will these questions be answered?
With the political environment and confidence levels in SA is at an all-time low, many will be laying the blame at the door of leadership.
So how will the rest of the year play out? Will we, as we head towards the municipal elections of next year, with scandals and divisions’ ubiquitous, see a massive leadership shuffle and possible departures? – watch this space.
Blame
But talking of blame, much more interesting is how the EFF and the DA are going to handle the political morass that while preparing for the municipal elections campaign of 2016. 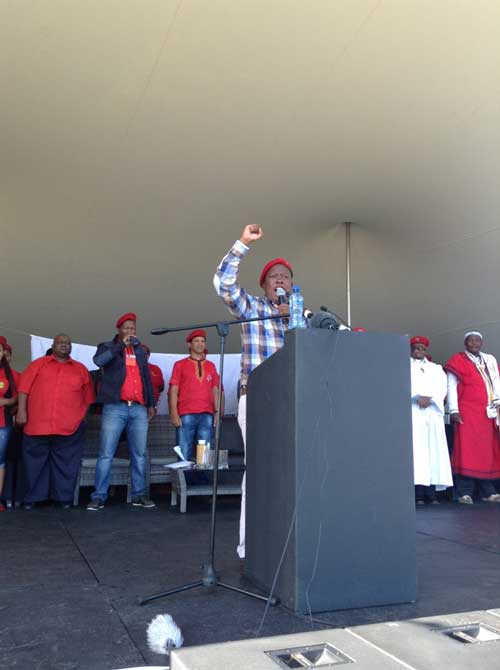 I think we can expect to see the EFF continue with their disruptive style. Many of us hope they do, it keeps everyone on their toes, including the Parliamentary Laws and Practices Committee and of course – the Speaker.
But what of the Official Opposition, the DA? Are they going to persist with ‘naming, blaming and shaming’, or are we going to witness a change of tack, a more future-looking, hopeful manifesto that envisions a better South Africa? Notwithstanding the incredibly important anti-corruption legal processes that are underway. 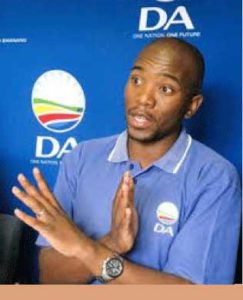 I wrote to Mmusi Miamane last week (see our blog), at the the conclusion I requested:

“So rather than stoop to an ongoing level of petty anti-Zuma, anti-ANC political repartee would it not be more appropriate for the DA to drop the ‘anti’ rhetoric and mount an issue-based ‘pro’ South Africa campaign?

Like sarcasm and humour, the blame game (playing the man and not the ball) is the lowest form of political debate – and the most boring.
A clarion call energising South Africans to envision a brighter future underpinned by measurable deliverables will encourage many to put their ‘X’ in a different place.
As I see it the real challenge facing the DA is to move the voter from a defensive/protective ‘loyalty’ based vote to a proactive/future-looking ‘issues’ based vote.”
If our political environment continues to be characterised by doing things the same way and expecting different results then we are slowly becoming nationally insane.

Economically
Cees Bruggemans notes “You wouldn’t say it when looking at leading indicators, but SA is upping its growth game into 2015 towards 2.5%, a matter of pop-up economics (positive base effects after depressed 2014 base implosions, especially in mining and industry), oil windfall boosts and lots of assumptions about our supply side not again going too far off the rails (thinking electricity interruptions, labour strikes and their output disruption and effect on business confidence, inventory levels and fixed investment).
That’s a mouthful in which a few things may turn out different from expected.
The 2H2014 saw further Dollar export price declines among our Big Five (gold, platinum, diamonds, iron ore, coal), but the past six weeks has seen support under some of these prices as global prospects, policy interventions and risk pricing gave some support to gold and platinum especially.
This implied less of a drain on national income, even as the plummeting oil price injected real purchasing power.
Oil is in a very volatile state, but if Brent $40-$60 holds this year, it translates into a very solid boost for real disposable household incomes and business earnings, which budget tweaking later this month may deduct from but not negate in any major way. So the oil boost is real, and lifts last year’s dismal 1.4% GDP growth performance nearer 2%-2.5%, with household consumer spending also gaining at least 1% real.
That translates into growth boosts for retail trade, wholesale, motor trade, building trade (residential), and many varied service providers (logistics, communication, financial).
The greatest uncertainty resides macro-economically and supply-side wise.
How gently is Finance Minister’s Nene spending & taxing budget going to turn out, now that the ECB has joined the BoJ in carrying the world with trills of bond buying, and with the Fed tightening mode likely remaining rather slow and possibly still late, and these actions also making for a more risk-friendly globe?
How generous might SARB want to be this year, only going on hold or actually cutting interest rates modestly later this year? Or will dread of Fed actions to come keep it unwilling to be generous at all? With any transitionary nature of the oil-driven growth and inflation effects further complicating the equation.
Similar uncertainties apply to labour relations. Key sectors are due for serious wage negotiations, including the public sector, gold and coal mining and the chemical industry.
Manufacturing is likely to suffer most electricity & labour impact. Also, Chevron last week announced its Cape refinery to be out for six weeks from mid February for maintenance, taking a big bite out of 1Q15.
Certainly the SARB leading indicators (going only to November 2014) give little evidence of hope for better, having been flatlined now for five years (nearly 60 months). And this indicator is supposed to offer considerable confidence about the business cycle outlook these next 12 months.
So cheer up. You won’t be quite running on bare rims this year, the expectation only very recently. Tyres should only be less than half flat, the recommend condition for trying to traverse rough muddy terrain?”
Simon Allison of the Daily Maverick reminds us that we are situated in a part of the world where economic growth is at its strongest. “It’s the economy, stupid. While it’s easy to get lost in the gory details of viruses and civil wars, it’s also important to remember the big picture, especially when it comes to Africa’s very encouraging economic prospects.
According to Forbes, sub-Saharan Africa will experience economic growth of around 6% in 2014, which is slightly higher than last year. The continent as a whole is also home to seven of the world’s ten fastest growing economies, and has a collective GDP in excess of $2,000 billion.
Real income, meanwhile, has risen by more than 30% over the last ten years. This means more and more people escaping poverty. It is no coincidence that this economic progress has been coupled with serious improvements in health issues (Ebola excepting). Malaria is a particularly striking example: since 2000, the number of deaths from malaria in Africa has declined by 54%, saving hundreds of thousands of lives in the process.
The numbers don’t lie: this is a continent that’s only moving in one direction, and it’s a very positive one. 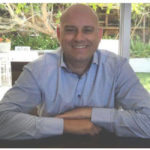 Socially
We have made progress over the past 20 years, that is the ‘good story’ and it is appropriate to give credit to where it is due, not to say we could have done a whole lot better, see last week’s newsletter by Marius Strydom.

Despite the escalating public protests there is no doubt that the bottom of the pyramid is a whole lot better off than it was 20 years ago, and the last ten years has seen unprecedented growth in low-level entrepreneurship. It is estimated that the size of the informal sector is valued at around R350 billion to-day, from nowhere 20 years ago, and it is growing at twice that of the formal sector.
South Africans are getting on with their lives despite the lack of government performance, and are getting better at doing so.
So,
WELCOME to 2015