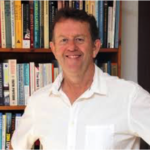 I left the World Economic Forum annual meetings in Davos greatly encouraged about South Africa’s prospects. It has been many years since witnessing such strong collaboration between business, labour and government. What we saw in Switzerland was a reflection of what is happening on the ground at home.
The nation will soon see tangible results of this partnership via the creation of 330,000 internship positions for young South Africans and a new SME-supporting fund that has already raised R1.5bn (take a bow Messrs Joffe and Gore). As we are once again witnessing, when all South Africans pull together, they are unstoppable.
Equally heartening, time is fast running out for the plundering faction and their supporter-in-chief President Jacob Zuma, whose absence in Davos was a fillip for the national effort. The ruling ANC elects its next President in early December. Once installed, the new leader has the power to effect a recall of the national President. So the one man wrecking ball has just 10 months left to wrought further damage on the economy.
It is a difficult global environment, primarily because America is now being led by a man who wants to take the world’s richest nation back into its cave. But Trump’s threat is galvanising the rest of the world. Especially China, whose leader is now waving the flag for free trade. A Zuma-free SA – unshackled from the Putin/Trump combine – is sure to side with China rather than protectionists. That, too, augurs well for the future. Hope springs.
Best