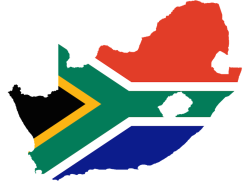 South Africa looks like a scary place for equity investors as political behaviour at the top of the ANC goes from bad to worse. But, in the long run, South Africa has consistently produced the best annual returns for investors. This is according to research that takes in not far off 120 years of equity market history. Rapid industrial change over the past century has fueled insatiable demand for commodities. As South Africa is commodities-rich, it has benefited hugely from the radical transformation of the world’s economy. Also registering consistently higher returns have been Australia, the US and Canada. The study, by a global financial services firm in conjunction with London-based scholars, takes in 23 markets and more than 90% of the investment universe. Although investment advisers are quick to point out that past performance should not be an indicator of future performance, it is hard not to feel tempted to stick to what has been an obvious winner: a commodities-flavoured investment portfolio. These figures, meanwhile, also highlight that it is important for investors to pay close attention to the major events or technologies set to change the world as these developments are a major force in driving money around world markets. As much as President Jacob Zuma and his captured clique might get up your nose, these figures are a feel-good reminder that there can be much bigger influences at play in the outcomes of our portfolios than domestic politics.- Jackie Cameron

Between 1900 and 2016, the world economy moved from telegraphy to smartphones, horse-drawn carriages to supercars and from letter press to Internet. But throughout this period, a few countries produced the highest average returns for investors in stocks and bonds. According to a study by Credit Suisse Group AG and the London Business School, the best equity markets over the past 117 years were commodity-rich nations such as South Africa, Australia, the U.S. and Canada, while Denmark and Sweden yielded the highest bond returns. 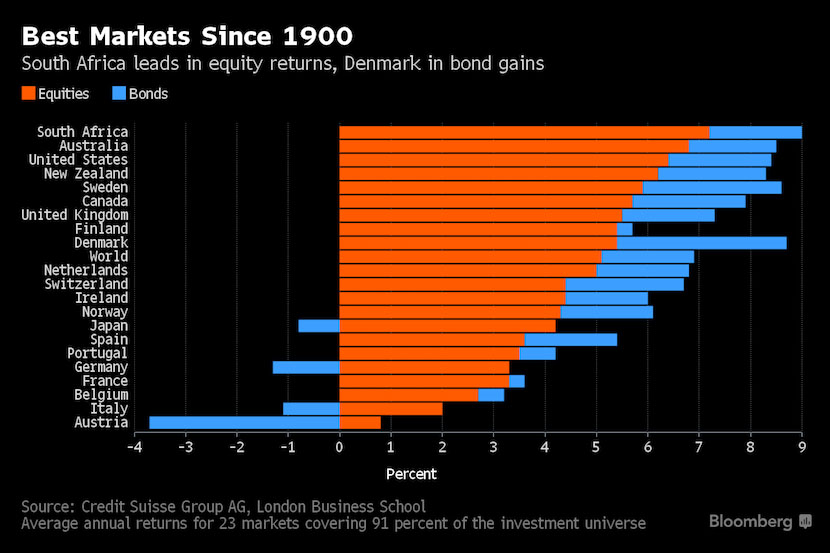