2017 # 2: SA in numbers – Infrastructure, Health and Technology – compared to the rest of the World:

Every year the Economist ‘Pocket World in Figures’ brings out a varied set of global rankings covering 190 countries. These range from fastest-growing economies to highest per capita consumption of marijuana to which countries imprison the most people.

And every year the measures are changed – somewhat! It makes for interesting reading! 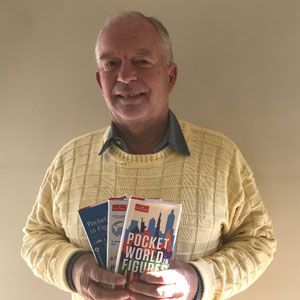 The stats in red have been added this year. Some have been removed from last year, all have been updated for 2017.

(The Economist tends to rank the top 1-50 best and the bottom 1 – 50 worst (sometimes the range is less), very often SA in not placed in either, that’s what this newsletter will reflect, unless I can find out more via Google)

There are 230 countries in the world, only 190 are ‘serious enough’ to provide data, and only 80 have a population of more than 10 million.

So, in this three-part series I will:

So, if you are interested in ‘numbers’ then I invite you to make of these stats what you will.

People often say “lies, damn lies and statistics”. But if you don’t start with the numbers where do you start? With opinion? With rumour? With hearsay? With media distortion?

There are three types of opinion I come across every day, especially in our print media:

There are three sources of opinion; fact, rumour and prejudice. The truth can only be found in the first. There are three elements to a story; accuracy, context and balance. Truthful stories contain all three. There are three requirements for understanding; trust, honesty and respect. Without them opinion and truth count for little.(Steuart Pennington 2013)

How intensely annoying is it to be told “that’s my opinion and I’m entitled to it” when ignorance or prejudice is at the heart of the ‘opinion’ ……….and you have the facts.

How infuriating is it to be told something, you point out the facts and the response is “I don’t care about the facts, I’m telling you ………….blah, blah, blah!”.

Whenever I read that SA is the “worst in the world” I Google it, there are global surveys on just about everything. Three things emerge:

But the key issue is the narrative, how we talk about our country, how the media reports, what we hear on the news.

Why do we obsess with bus accidents in Bangladesh which we (the SABC) feel that it is vital to know of when there are ‘some’ good things happening here, which NEVER make the news.

Check out www.sagoodnews.co.za for evidence of that.

So please, if you read or hear something that you suspect as being untrue, google it, establish the facts, and then write to the offending media source, tweet it, facebook it….embarrass the offending editor.

And if it’s bad news, and true, try, if you can, to do something about it.

SA in Numbers – How do we stack up?

Admin135Newsletters0
We use cookies on our website to give you the most relevant experience by remembering your preferences and repeat visits. By clicking “Accept All”, you consent to the use of ALL the cookies. However, you may visit "Cookie Settings" to provide a controlled consent.
Cookie SettingsAccept All
Manage consent