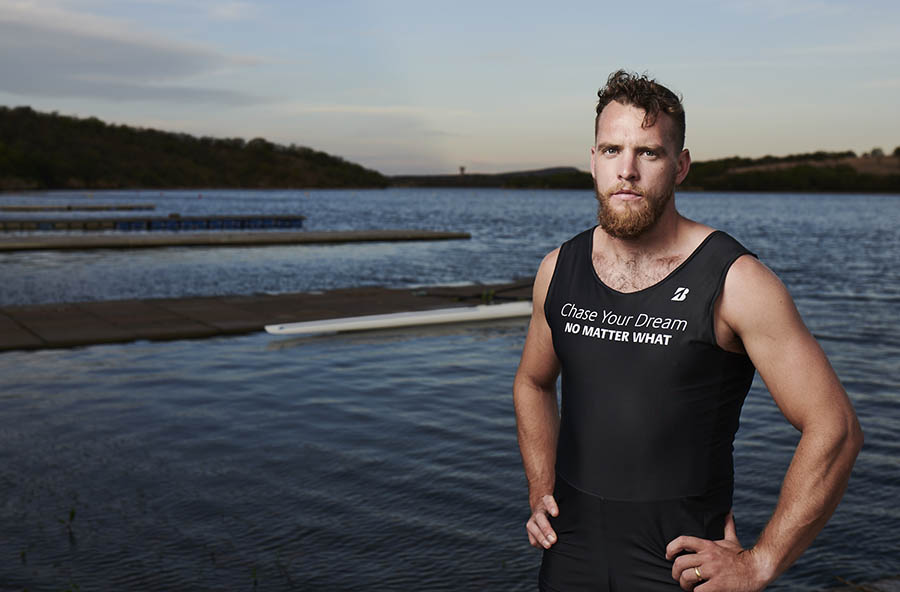 JOHANNESBURG, 6 July 2021 – As proud partner of the Olympic Games, Bridgestone is honoured to support Olympic rowing champion Lawrence Brittain who has successfully qualified for the Olympic Games Tokyo 2020.

Lawrence was in Switzerland taking part in the Final Olympic Qualification Regatta in Lucerne in May, where the 2021 World Rowing Cup II was also happening, in which the squad was also competing.

“We are in a grueling training regiment, focusing on staying mentally and physically healthy as we run through our paces to get stronger and get more in tune as a crew,” Brittain says. “Each day, we work hard on fitness, strategy and consistency. I am incredibly fortunate to have an amazing team to help in the monumental preparation required to compete at a world class level.”

Brittain, who won silver at the Olympic Games Rio 2016, also serves as one of the ambassadors in Bridgestone’s “Chase your Dreams, No Matter What” campaign, along with gold medalist long distance runner Josia Thugwane, and middle-distance runner gold-medalist Caster Semenya. The three ambassadors will play a central role in motivating the public morale across all aspects of sports, culture, and life during the Olympic Games.

Bridgestone proudly became a Worldwide Olympic Partner in June 2014 and a Worldwide Paralympic partner in October 2018. Its global Olympic and Paralympic message, “Chase Your Dream,” reflects this idea to empower people everywhere to persevere through adversity in pursuit of their dreams.

Having now qualified, Lawrence will leave for Tokyo today for a training camp and is set to participate in the Men’s Coxless Four event.

The upcoming Olympic and Paralympic Games Tokyo 2020 hold a special significance for Bridgestone, as they will take place in the home of our global headquarters and the country where our company was founded nearly 90 years ago.

Tokyo 2020 is particularly special for the company, as it is the only Worldwide Olympic and Paralympic partner with its global headquarters in Tokyo.

“While it was unfortunate to postpone the Olympic and Paralympic Games Tokyo 2020, it was the best decision to protect public health and the well-being of global athletes who have sacrificed so much to chase their dreams,” says Vuyokazi Xapa, Senior Corporate Communications Manager at Bridgestone Southern Africa. “Our commitment to the Olympic and Paralympic Movements has not changed, and we look forward to helping Tokyo 2020 unite the world in a celebration of sport and the human spirit in the summer of 2021.”