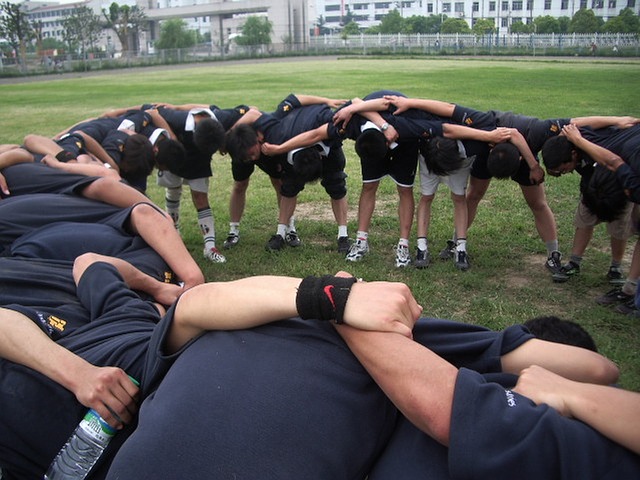 Johannesburg , 20 October 2017 – Provider of needs-matched life insurance, BrightRock and the MyPlayers, the South African rugby players’ organisation are proud to announce that they will be launching the first-ever BrightRock Players Choice Awards – an event by the players, for the players where professional South African rugby players will honour and acknowledge their peers.

The awards – the first of their kind in South Africa – will be taking place on 12 December 2017 at the Sandton Convention Centre and will be hosted and attended by players from all over the country. It allows professional players from all fourteen unions to recognise their peers through a nomination and voting process, which will culminate in an entertaining evening where winners will be announced in seven award categories. The flagship award will be the coveted Players’ Player of the Year award.

Through the Fans’ Choice category, the BrightRock Players Choice Awards will also allow fans to vote for their favourite players.

According to Elma Smit, marketing manager for MyPlayers, the launch of the BrightRock Players Choice Awards is the realisation of a goal set by the organisation years ago: To host a fun event where players from all over the country, as well as fans, can celebrate the successes and triumphs of their peers and heroes.

“MyPlayers is the official organisation representing all the professional rugby players in South Africa. The organisation is 100% owned by the players and our organisation provides players with wide ranging support, such as managing their rights all the way to assisting with their career development. The BrightRock Players Choice Awards is an extension of our organisation’s offering by providing our players with a new platform to acknowledge and celebrate each other’s achievements at the end of the rugby season.

“We’re excited to have a dynamic company like BrightRock as partners and co-creators of these new awards, and would love to reach out to all of South Africa’s rugby family and enthusiasts – we want to make this circle bigger!” BrightRock executive director, Suzanne Stevens, believes their involvement with MyPlayers is a further extension of the needs-matched life insurer’s Play the Bounce philosophy, which positively embraces the ever-changing, unpredictable nature of life and of rugby.

“The BrightRock Players Choice Awards will be a celebration of the mastery, attitude and skill in the midst of the unpredictability in rugby. It’s a fantastic opportunity for the players to acknowledge their peers, their wins, their stories, their triumphs at navigating this fast changing game.”

Stevens says their involvement with the BrightRock Players Choice Awards was a clear next step following the successful BrightRock Play the Bounce Braai in aid of the Players’ Fund, held earlier this year, where more than R350 000 was raised for the Chris Burger Petro Jackson Players’ Fund. The MyPlayers organisation was also involved in supporting the initiative, making a substantial donation of R50 000 on behalf of the professional rugby players.

Stevens explains that the concept of change is central to BrightRock’s needs-matched insurance offering, which is uniquely able to change with clients as their needs change over their lifetime. “Rugby, like life, is a game where the unpredictable is always a play away and can challenge even the best skill and preparation.” This is a central message behind BrightRock’s associate sponsorship of the DHL Stormers and DHL Western Province teams, now in its second year.

“We hope and trust that our involvement in the BrightRock Players Choice Awards will further enhance the positive difference MyPlayers makes in the lives of professional rugby players.”

All nominations were compiled by the MyPlayers Board, their Trustees and player representatives.

About the Fans’ Choice Category

The Fans’ Choice award allows fans to vote for their favourite player in this category of the BrightRock Players Choice Awards. The winner will donate R50 000 to the charity of his choice. The funds in this category were collected from the players themselves. Each nominee was nominated by his peers, and will be campaigning with celebrity partners to encourage fans to vote. The fans will vote for their favourite players on the BrightRock Players Choice Awards Facebook page at www.facebook.com/PlayersChoiceAwards by liking and sharing their posts.

MyPlayers is the official organisation of the professional rugby players in South Africa. The organisation is 100% owned by the players and they play a key leadership role in determining the general strategy and vision.

The organisation currently represents all the professional rugby players in South Africa, providing player-driven solutions to improve the lives of their members. This varies from support with managing their rights, finding suitable medical cover, all the way to assisting with their career development.

BrightRock was started with the goal of creating insurance products that truly meet consumers’ and financial advisers’ needs. The company launched its unique needs-matched life insurance offering in 2012 and is rapidly establishing itself as one of the fastest-growing players in the intermediated individual life market in South Africa. It offers individualised, needs-matched life insurance cover that’s built around your specific needs at the outset, and is specially designed to change with you as your needs change. And because BrightRock’s cover is flexible and changes appropriately when your needs change, it’s more efficient. This means both your cover and your premiums remain relevant, and more affordable, throughout your life. BrightRock Life Ltd is an authorised financial services provider and registered insurer. Company registration no: 1996/014618/06, FSP 11463. Terms and conditions apply.