MAKING A DIFFERENCE IS WHAT COUNTS 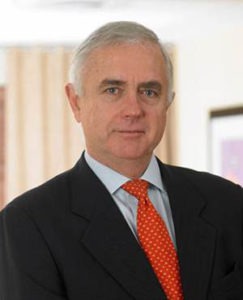 Paul Harris, former Director at FirstRand Bank, now retired, was invited to his old school, Maritzburg College to deliver a talk to the Old Boys and current students at a fund-raising event entitled “The Inaugural Captain’s Dinner”. Besides reminiscing in an entertaining manner, he concluded by commenting on the current state of nation.

“Another question that always comes up is whether “South Africa is in its moer” he said. “How much energy has been wasted discussing, complaining, worrying and generally whingeing about the state of the country? I know people who only ever talk about this subject.

Generally, they have two things in common. First, they do nothing about it, and second, they are unhappy.

As with all periods in South Africa’s history, we currently have our problems that to some appear insurmountable. Look around you at College and see the future that other generations of College boys had to face when they were at College. Look at the war memorials commemorating the hundreds of old boys that perished in wars every few decades. Think of the horrific environment created by Apartheid and the uncertainty about what would replace it.

There has not been a period where people have not predicted the country’s imminent demise and this one is no exception. Of course, we should be concerned about corruption, the undermining of the institutions designed to protect us from it and the triple challenges of poverty, unemployment and inequality.

But on the positive side, civil society and leaders across the political spectrum are stepping up to the plate and saying enough is enough.

We may not win this battle in the short term but this is a resilient country with wonderful people that have achieved and survived far worse. It is also a country where each individual, institution and school, like College, can make a difference.

At FirstRand I started what we called the Volunteers program. It encouraged small groups of people in the company to voluntarily do things that make a difference, however small. We match-funded whatever financial contribution they made personally. We pushed on an open door. Many people wanted to contribute but didn’t know how.

When I retired we had hundreds of such projects, from taking grannies to movies, to painting schools at weekends, to redistributing second-hand school shoes, to teaching children to read, etc, etc. Many people told me that this had changed their lives and had given them a purpose. It was a great alternative to complaining and it made them happier.

So, my hope, my new year’s resolution, which I invite you to share, is:

No more wasted energy in whingeing but rather spend the energy on doing something that makes a difference.

South Africa has been described as a country where the sun is very bright but the shadows very dark. One moment you can feel insecure and despondent and the next exhilarated and inspired by a good deed and an amazing accomplishment against the odds. This is what makes it such an exciting country in which to live. Above all it is a country where we as individuals and this great school, Maritzburg College, can make a difference”