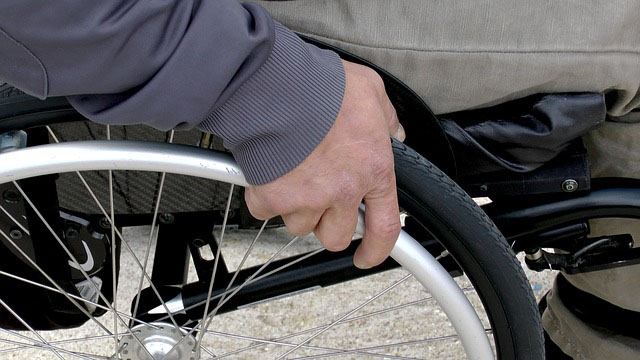 [June 2017] The SAB Foundation has formed a partnership with HeePD (Hub Employment Ecosystems for People with Disabilities), with a contribution of R2 100 000.

Launched in February 2017, HeePD seeks to benefit people with disabilities by creating a Hub ecosystem that provides employment, enterprise and innovation, including job prospects and placements for corporate partners.

“HeePD came in to being based on my own experience as a person with a disability, as well as from my observations as someone who’s worked in, and recruited for the corporate world. HeePD is a way of equalising the playing field for people with disabilities on a meaningful level, by addressing the main issues facing people with disabilities in getting jobs – creating permanent jobs in convenient locations and providing transport”, explains Founder of HeePD, Riad Masoet.

“The government target is to have 7.5% of people with disabilities employed in corporate South Africa. The actual employment figure is closer to 1%”, says Masoet. “Our goal, with the help of the SAB Foundation, is to create 100 jobs over the next two years with this pilot project. Naturally those 100 jobs will have an exponential positive effect in the community”.

The partnership came about as part of the SAB Foundation’s focus on building opportunities for some of the most vulnerable of South Africa’s society, particularly people with disabilities.

“The SAB Foundation is committed to supporting projects aimed at uplifting people with disabilities and HeePD is absolutely groundbreaking. It’s the first project of its kind – and we are delighted to contribute to its success with funding. It is our hope that this pilot will prove the beginning of a successful model that can be replicated elsewhere”, says Bridgit Evans, Director of the SAB Foundation.

This working pilot project with HeePD focuses on three distinct areas; the establishment of contact centres and help desks, urban farming and recycling.

“We’ve started upgrading the infrastructure to create the ecosystem at our pilot site – the Cape Town Association for the Physically Disabled in Bridgetown, Athlone. We’ll be offering skills development and training, bridging courses for students and jobs for people with disabilities here”, explains Masoet. “Eventually companies will be able to support their services with our contact centres and help desks, staffed by people with visual and hearing impairments”.

The urban farming project is up and running and the infrastructure development for the recycling project is under way. Ultimately HeePD aims to establish 20 more hubs by 2020. In addition to the hubs, HeePD will also be providing transport with its ZiPD shuttle service which is launching towards the end of June. “At the moment we have two vehicles and will be operating in the Cape Flats for now, but hope to roll this out further”, says Masoet.

About the SAB Foundation

The SAB Foundation supports and invests in entrepreneurs and social innovation with a priority in benefitting women and youth, people in rural areas and people with disability.

The SAB Foundation was established as a beneficiary of SAB’s Broad-Based Black Economic Empowerment (BBBEE) transaction, SAB Zenzele. The SAB Foundation is an independent trust for the benefit of historically disadvantaged individuals and communities through entrepreneurial development in South Africa. To date, the SAB Foundation has invested over R170-million in 844 entrepreneurs and social innovators.

HeePD is the brainchild of Founder Riad Masoet, HeePD is an incubated venture of Standing Tall, a subsidiary of Purple Cow Ventures NPC.