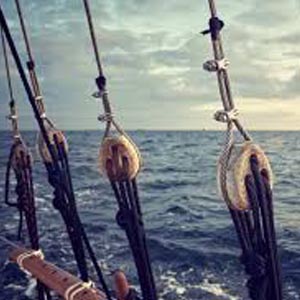 Septuagenarian Phil Wade (75) has decided to compete in the Cape2Rio yacht race – which starts this Saturday, January 11, 2020 – to raise funds for a bursary that will enable a deserving young lady from Cato Manor Township near Durban – whom Captain Wade has never met – enroll in a maritime education programme that will change her life and help her fulfill her dreams of one day working at sea.

Captain Wade is the oldest competitor in this year’s race and will be the only South African onboard the yacht, Saravah, the Brazilian entry.
He has competed in the Cape2Rio once before, in 1973 (aged 29) and finished in third place.

He has started a gofundme campaign which has even drawn support from rock star Simon le Bon, lead singer for the band, Duran Duran, in the 80s. 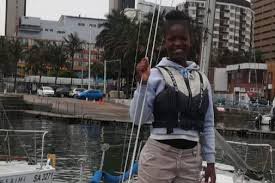 Captain Wade aims to raise the funds needed to support the education of 15 year old Grade 9 learner, Nqobile for the next three years.
Nqobile, who finished top of her Grade in her current school – is an aspirant sailor who has been part of the Durban-based Sail Africa programme

for the past two years. She is also one of the fortunate few learners to be accepted into the Simon’s Town School’s Lawhill Maritime Centre’s Grade 10-12 maritime education programme for 2020.

Captain Wade is no stranger to giving back – as the co-founder of the maritime mentoring programme, Marine Inspirations, he and fellow co-founder and South African, Captain Anthony Just, have over the past five years provided more than 30 young South Africans from under-served communities with the opportunity to travel to Spain to learn about the superyacht industry and compete in the Super Yacht Cup.  The majority of those participating in the Maritime Inspirations programme have been high school learners drawn from under-served communities across South Africa, including rural areas.  Some of the learners have, prior to their trip to Spain, never even been in an airport, let alone flown abroad to Europe on an all-expenses paid educational trip!

More about Captain Wade’s journey to raise funds for a bursary for Nqobile, who is from an all-female family with no source of employment, can be found

Your support for this initiative will be greatly appreciated!