Scenario # 3: Zuma’s game is fast coming to an end

We have posted three Scenario’s on what is likely to happen end of this year and come 2019. They vary somewhat and make the adage ‘a week is a long time in politics’ frighteningly true!

Here is the final one by Max du Preez 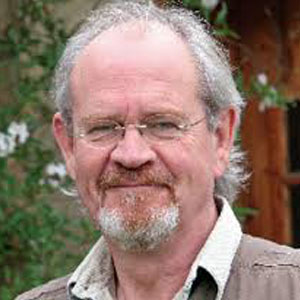 If Jacob Zuma were a pushover, he wouldn’t have lasted this long as a president that has seriously damaged our economy and sold chunks of the state to wealthy associates.

Getting him out of power so we could get back to a proper democracy with an accountable government that spends state resources on the citizens rather than on a greedy bunch of hyenas is a battle of national importance.

But if you once thought that this battle was going to be quick and easy, you have probably learnt by now that this isn’t a sprint, it’s a marathon.

Keep the faith, we’re beyond the halfway mark.

If it were up to the broad public, or even the ordinary ANC supporters, Zuma would leave tomorrow. He is now far more unpopular than any president since 1994.

The ANC NEC even acknowledged this in its lame statement after the weekend meeting, referring to “the restlessness manifesting itself in society”.

There is no doubt that his unprecedented wave of public disdain would have an impact on those ANC branch members who will determine who the next ANC leader is going to be, although many NEC members try to ignore it.

Zuma rules by fear, patronage and cheap populism. The antidote is truth, honesty and resilience.

Many South Africans who dream about a post-Zuma country are losing hope because no matter what the setbacks, he bounces back.

His own party is clearly not going to remove him from power before the ANC’s elective conference in December.
The only other way would be to make sure that his candidate of choice doesn’t get elected as ANC president. If a constitutionalist becomes the new ANC president, Zuma will most likely be “redeployed” early next year, just as Thabo Mbeki was removed from power.

The ANC NEC meeting over the past weekend is seen by many as a victory for Zuma. It wasn’t a defeat, for sure, but it was hardly a resounding victory. Zuma faced every NEC member who spoke against him. Naked fear prevented many others to stand up and do the same.

Those in the ANC’s inner circle know very well what Zuma and his bulldogs in state security and elsewhere are capable of, and many fear for their daily bread.

An NEC member not in the Zuma camp told me yesterday that the meeting was successful in that “we finally saw evidence that we have pierced his armour. He was spitting fire. He’s becoming nervous.”

I suspect Zuma’s weekend kragdadigheid and threats would discourage some of those ANC MPs who had considered voting for a motion of no confidence in him in Parliament.

Of one thing there cannot be any doubt: the drip-drip of Zuma scandals being exposed virtually every week are not only going to continue, it is going to turn into a strong stream.

The scandals are exposed by three sources: investigative journalists and book authors digging deep; senior political opponents who sit on damning evidence against him and releasing it bit by bit; and a few whistleblowers who are at last finding their conscience.

I have previously referred to information of Zuma wrongdoings that had been given to senior ANC politicians and Cabinet ministers more than a year ago. Most of this information hasn’t been aired yet.

The problem is that citizens are so punch drunk of scandal upon scandal that nothing registers on our Richter scale any longer.

Zuma blankly denies everything, despite the evidence, and then his propaganda machine (the “international reputation management agency” Bell Pottinger, the Gupta media and paid social media users) counters with campaigns such as the one against “white monopoly capital” and resorts to cheap populism.

Eventually many of these scandals will end up in court, but that can take months or even years.

Zuma’s legal team has been brilliant in playing the judicial system to win time, but this game is fast coming to an end.

The court is likely to order his prosecution on 783 criminal charges soon and the judicial enquiry into state capture is going to start sometime this year.

Zuma and his inner circle know that the game will soon be up, which was why they have been preparing Plan B: get Zuma and some of his wives and children on a plane one dark night and fly them to Dubai, where his blessers, the Guptas, already own a palace.

There is enough reason to suspect that vast amounts of dirty money had already been moved to Dubai to make sure Zuma lives like a king.

(Did anyone remember this week that the former Ugandan dictator, Idi Amin, fled to first Libya and then Saudi Arabia when he was removed from power in 1979, and that he live there in luxury until his death?)

But that’s Plan B. Plan A is still for the Zuma hyenas to suck more billions out of South Africa until the last possible moment.

I hope that last moment is at the latest shortly after the election of a new ANC president in December.

But if some investigations come to fruition sooner, he could be in Dubai by then.