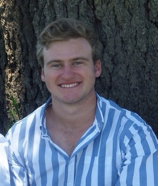 Time Magazine published an article about successful siblings. They analysed families in which all the siblings achieved. They defined success by leadership, service or achievement. None of the families grew up wealthy but the siblings were privileged in many other ways. They had involved parents, many opportunities and most saw university as achievable. The kids weren’t abused or neglected and they were not dirt poor.

Of the nine families, eight had a parent who was an immigrant or an educator and five had parents who were both. Many of the parents were involved in politics. Most had a conflict-heavy family life but that conflict was rare between the parents. Many had a strong awareness of right and wrong but most said they grew up with much more freedom than their friends. None of the parents in the study set out to raise successful children. Instead the six commonalities (the immigration drive, parent who is a teacher, politically active, controlled chaos between the siblings, lessons in morality, a free-range childhood) of the nine families combined to create drive, grit, and social consciousness that propelled all the siblings on their own chosen path of success.

Many past pupils from Wembley, have also gone onto become successful people. What is the ingredient for their success? Alistair Goble is our first story in this series of Wembley College unplugged. He spent his entire school career at Wembley. On completing his matric in 2011, he entered the University of Pretoria where he studied a Bachelor of Commerce in Law and then an LLB.

Alistair is now at the end of his final year. He applied to Eversheds, one of the world’s largest corporate law firms, to be an articled clerk. Eversheds is a British multinational law firm with headquarters in London and is one of the 50 largest law firms in the world, with offices in all the major cities.

Alistair was short listed as one of fifteen final applicants who were asked to work at the firm over the July holidays. They were not paid for their time because they were there to prove themselves. At the end of the week they were given their final interview. Only four candidates would be selected to work at the firm.

Alistair has now been offered articles at Eversheds. His experience of being in a small school where he was able to develop his own character assisted him in the interview process. He is used to being a team player who helps and assists in all aspects of school life. Wembley College is a school which celebrates the individual and allows you to fulfil your individual potential.

Wembley College is an independent, co-educational, private school based on the English Cambridge system. We are a country school, situated in Greytown, part of the Kwa-Zulu Natal Midlands. We have 271 students of varying cultures, from grade RRRR – grade 12. The school has an impressive boarding facility.

Our school was founded in 1997 by Brian Corbishley, an agricultural entrepreneur. Wembley College is a small school where learners can achieve with excellence. We develop and nurture the potential of each individual student in a compassionate family environment. The school celebrates individuality and fosters an entrepreneurial spirit in all our students. Our independent thinkers have the character and determination to succeed in competitive environments.