President Cyril Ramaphosa’s speech on Wednesday disappointed many. Social media was soon flooded with comments about how he wasted an hour saying nothing, harking back to the bumbling rambles of his unlamented predecessor. One memorable wag even lamented that at least with Zuma, we got a giggle.

I’m on another page. For me, two important things stand out. First, the way CR closed with a quote from a 1942 address by US president Franklin Delano Roosevelt, at a time when World War Two was going badly. The other: that SA’s cabinet is “seized with the issue” of outlining a clear strategy for economic recovery.

I’m seeing them as clues that Ramaphosa is studying working examples of how nations extracted themselves from economic depression and high unemployment. And that he may be preparing to unleash a local version of the most famous of these, FDR’s New Deal of the 1930s that put millions of jobless Americans to work building roads, schools, parks and hospitals.

There are obvious similarities between the US economy which FDR inherited after winning the 1932 presidential election and the one Cyril has to fix when Covid-19 bills start coming due. Ramaphosa may well have concluded if a massive public works plan did the trick for one of his heroes, why not repeat it? 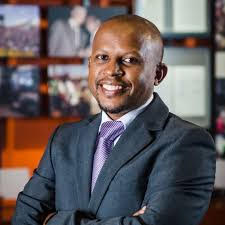 And Mr. President we have some concerns!

The Nelson Mandela Foundation welcomes President Cyril Ramaphosa’s announcement that government is consulting over a possible shift to level 3 lockdown for parts of the country at the end of May. We commend the President for acknowledging that mistakes have been made in lockdown enforcement.

A progressive opening up after the lockdown was always going to be more complicated than it was introducing the lockdown. The unprecedented nature of this crisis has given rise to a need for unavoidable improvisation.

What is of paramount importance, as we begin to prepare to move from level 4 to level 3, is that everyone remembers the objective and that the implementation of temporary measures is aimed at curbing the spread of the virus. Those who have power entrusted to them must exercise it responsibly and with unswerving respect for the principles of our constitution, human rights and the right to human dignity.

The Foundation has concerns about the extent to which, in recent weeks, the country has seen measures that are arbitrary, officious, petty and inhumane. The Foundation is concerned with the paternalistic nature of many of the regulations, the lack of justification, transparency and accountability as well as the numerous reports of law enforcement humiliating, torturing, assaulting and even killing people. When we allow these to go unchallenged, we invite them to become the norm. Public buy in is necessary for a public health campaign such as this and the more people are pushed into rejecting this norm, the quicker they will reject the lockdown.