With the benefit of hind-sight it was silly of me to have had high hopes for this year’s SONA.
Source: News 101.co.za

Being the ever-optimistic ‘compatriot’ I really hoped that we would see a confident but penitent President deliver an address which dealt firmly on the one hand with our economic malaise, downgrade threats, the growing partnership with big business, and job stimulation initiatives, while on the other acknowledging the recent events of the past regarding Nkandla, Nenegate, SOE performance, public service ineptitude and corruption.
But one hour into SONA I was really angry, “What does the EFF think it is playing at?” I asked myself.
“And why is our Speaker introducing new rules and showing favour to some parties over others?
You can imagine my astonishment the next morning when SAfm Talk-show hosts were asking for comments on the ‘robustness’ of our democracy as they described the goings-on of the previous evening as some sort of indication of growing political maturity.
We often get confused between rights and responsibilities in SA
An example of rights and concomitant responsibilities: Imagine, if on the Easter week-end the traffic authorities put up road-blocks on the N3, N2, and N1 highways with the instruction to check 22 components of roadworthiness on every vehicle.
And then in response to half of the holiday-makers turning back – mad with anger – said “we were just enforcing the law – as is our right”. Many of us would argue that there was – and is always – a ‘responsibility’ to enable smooth traffic flow on busy week-ends.
The EFF stopped the nation from listening to the President’s SONA for one hour as they argued their ‘right’ to understand the ‘rules’ of the SONA. The Speaker Baleka Mbete arrived unprepared and shocked everyone by arbitrarily announcing ‘new’ rules.

What were their concomitant responsibilities?

The EFF argued endlessly about the ‘right’ to freedom of speech in post SONA interviews.
“What” I would ask “are the ‘responsibilities’ that come with the right to freedom of speech? Er, um – banning the Gupta media representatives ANN7 and The New Age from EFF meetings?”
Personally I thought the EFF did the nation a disservice on Thursday night last.
Minister Lekota did the right thing, he expressed his outrage and left.
Having got that off my chest I was really interested in what had transpired between Big Business and the President on the Tuesday before.
President’s meeting with BIG Business
Business Day reports “A plan was drawn up by the country’s top CEOs under the leadership of Old Mutual CEO in charge of emerging markets Ralph Mupita and Nedbank Group CEO Mike Brown.
It includes concrete measures such as uniting behind a cohesive narrative and plan (I’ll come back to that); over-delivery on fiscal consolidation; more effective management of state-owned enterprises, by appointing, for example, professionals to their boards; accelerated public private-partnerships; a review of legislative implementation to ensure consistency and certainty; ensuring that labour legislation contributes to inclusive growth, especially of the youth; and the appointment of a standing anticorruption committee to combat graft in both the public and private sectors.
The plan includes a commitment by business to support the government in the tough actions needed to tackle its fiscal challenges.
Mr Mupita said the government was “very receptive” to the plan, which would involve pain for business in the form of tax increases, and the government in the form of cutting expenditure to achieve its fiscal targets.
He said even though the proposals were of a long-term nature, they were likely to satisfy the credit rating agencies insofar as they aimed to enhance growth and were supported by the government and business. “Certainly business is very hopeful. This is really a fight for SA’s future.”

Are our narrative accounts so obsessed with the negative that we are unable to see any good anywhere? 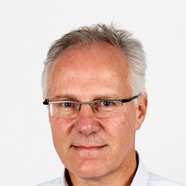 Source:Limmudcape
Glen Heneck, Business Day February 12 points out:
“There are two narratives that dominate the public debate on SA and its future. The one blames all our ills on apartheid and its enduring legacy; the other casts the African National Congress (ANC) government as virtually the sole culprit. Both are partly right, but also grandly wrong.
In the estimation of the average white person, the government is stuffing up just about everything. Corrupt, misguided, racist and monumentally inept, on this view it is simply a matter of time before we turn into Zimbabwe or some other hopeless banana republic.
There is only one realm where President Jacob Zuma et al get any credit, and that is their stewardship of the economy. Even the most one-eyed right wingers would have to admit that the party of the people has not interfered much with the workings of the market. Tax rates remain low, and what is easily overlooked is that the supposedly stultifying labour laws were introduced in the mid-1980s, when PW Botha was (seemingly immovably) at the helm.
In the 20-plus years of ANC rule the lives of a great number of people have improved, not only in dignity and abstract rights but also — more prosaically and more significantly — in things like housing, schooling and access to electricity and running water. True, too many South Africans still live without the modern basics, but there’s no denying the scale of the material progress that has been made. We are hugely better off than the rest of the continent, and it bears considering that in the powerhouse that is contemporary India, about 600-million people are still living without flush toilets.
For all this, though, many of my (overwhelmingly white) friends are despairing about the level of crime and the seemingly unchecked corruption. They forget too easily what life was like in the 1970s and ’80s, and to count their (un-nationalised) blessings in their elegant houses with their outsized television screens and mobile offspring.
On the other side there are those (many of them also white) who still seem stuck in an ’80s time warp. Once addicted to apartheid — in anguished opposition, of course — they continue to see its baleful effects wherever they look. They too have a kernel of logic in their position; only a dimwit could be blind to the lingering damage — psychological and situational — done by centuries of exclusion and subjection. Their analysis fails them dismally, though, when it comes to the realities of life in pre-and post-colonial times.
The lure of the big, self-justifying lie (or rationalisation) is considerable for us all. “Mundus vult decipi,” said Petronius a few thousand years ago: Everyone wants to be deceived.
The problem is that both of our “national narratives” are hopelessly inaccurate, as well as appallingly negative. The reactionary one conduces to cynicism, the “progressive” one to deep resentment, and both are inimical to the kinds of economic, social and emotional investment the country desperately needs.
Yes, the government has been less than exemplary. And yes, there is still a great deal of inequality, unfairness and privation. The truth is, though, there is plenty of ground for pride and optimism. We live in the most misbegotten, fractured, seemingly unsustainable political entity ever created, and yet here we are, getting by and — mostly — getting along.

So, after SONA, let’s not sink into the depths of despair, let’s not think the EFF represents the future, let’s talk of the good and the bad, let’s celebrate AB de Villier’s innings and let’s hope for the ‘devil’ to be exposed in the ‘detail’ of Minister Pravin Gordhan’s budget speech. 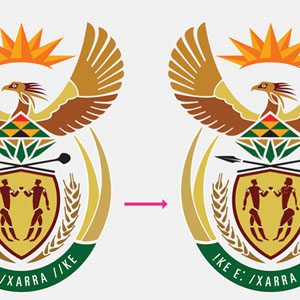 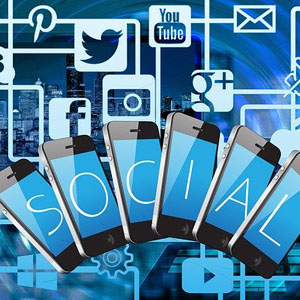 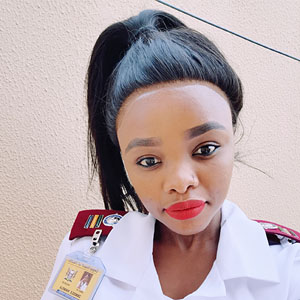