“Because it is about giving back” 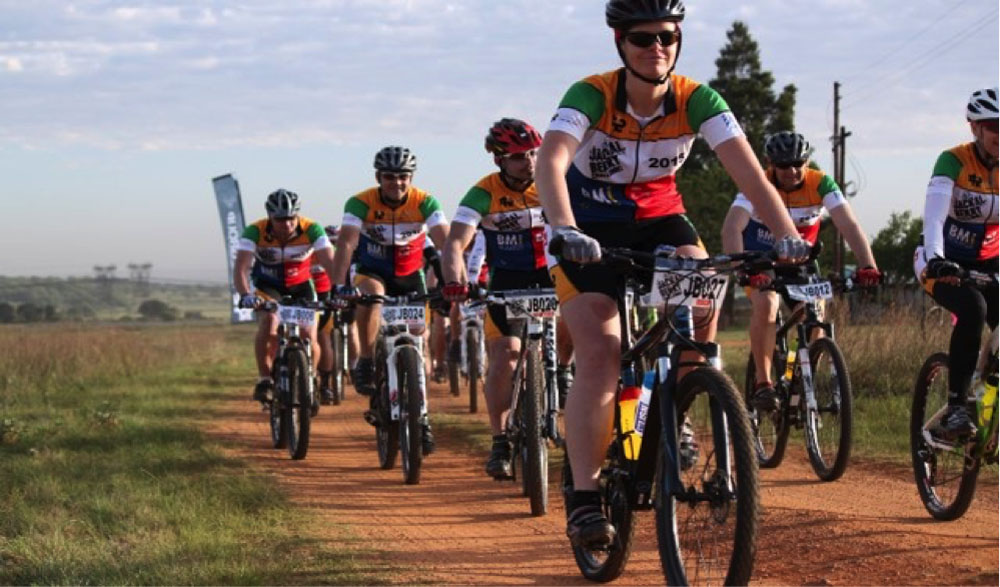 What started out as a dare around a braai several years ago, has certainly made a profound impact on many people, both the scholars at the beneficiary school, as well as the 70 cyclists who have completed at least one of the JackalBerry Challenges to date.

Ubuhle Christian School is situated on the farm of Hugo and Melanie Prinsloo, near the Mpumalanga town of Bronkhorstspruit. Melanie is the passionate founder and driver of the school and since 2008 has brought so much hope to this community. The community consists of rural farm workers and their families whose daily plight is fighting poverty. Somehow the dream to educate their children and thus enable them to have a chance at breaking the cycle of poverty is what attracts this community to Melanie and her passion to educate their children. The school complex began humbly and has grown in stature and influence over time through relentless vision and passion.

This November sees the JackalBerry Mountain Bike Challenge enter its 6th year. It is a closed, by invitation only event and is well supported by a growing group of like-minded cyclists. Initially a challenge set by friends back in 2011, the field of 8 cyclists grew steadily to 40 in 2015. “JB”, as it is affectionately known, is a two-day mountain bike challenge commencing at Ubuhle Christian School in Bronkhorstspruit and taking the cyclists to the day one overnight stop near the Mpumalanga town of Middleburg over a distance of 180km. Here they rest on a game farm overnight before tackling the second day, covering a distance of 100km from Middleburg to JackalBerry farm in Machadodorp. The cyclists reach the farm on the Saturday afternoon and enjoy a time of well-deserved rest and tuck into the very tasty traditional lamb on the spit.

As this is an invitational event, cyclists are invited to join. They are not charged an entry or participation fee, but are required to raise their own funds towards the overall annual financial target. Each cyclist, of course, contributes their own unique flair and personality to the event which means that each year presents a completely different experience with unique memories and achievements.

The cyclists range from scholars to retirees, from all walks of life. Entrepreneurs, artisans, lawyers, executives, pastors, accountants, IT professionals, bankers, logistics, marketing professionals, etc. Each of them make significant sacrifices of time and resources to participate and make this event a success. What has been well nurtured and preserved over the years has become what is commonly called the “spirit of JackalBerry” which is epitomised by people who enjoy life, love a real challenge and give back to the community.

20 learners have moved through the intermediate phase from Grade 4. They will be in Grade 7 next year and thanks to the JackalBerry Challenge, they will finish primary school. Funds raised have provided classrooms and student offices for 90 out of 160 learners that will be attending the school next year.

The primary sponsors who have created and funded this event are 4 PL Group, BMi Research and Six Square Networks. Though they have contributed financially since inception, the expertise and support from their respective staff is really what gave life to the JackalBerry Challenge and supporting Ubuhle Christian School is certainly part of the DNA of each of these companies throughout the year. Naturally many people and many other sponsors have also made tremendous contributions to the cause over the years.