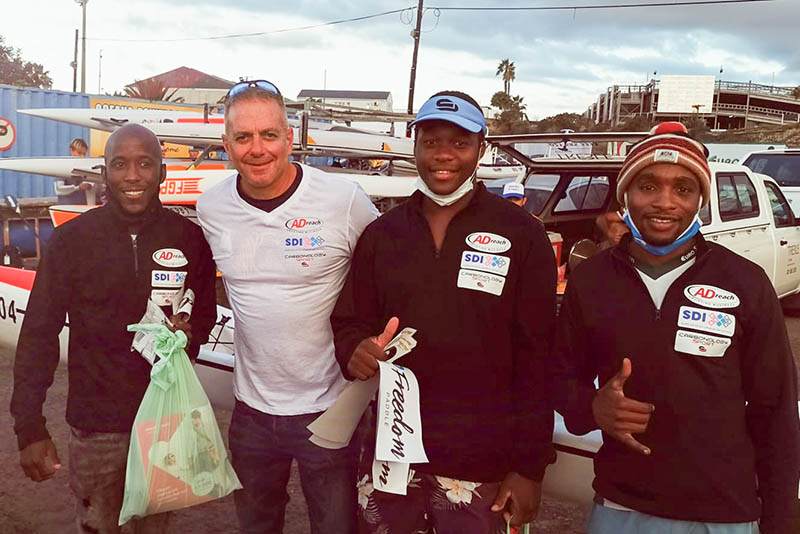 Zondi and Siseko Ntondini were joined by Simnikiwe Ntondini and ADreach founder, Brad Fisher, in a celebratory surfski race around the historic island, in honour of one of the greatest icons and leaders that South Africa and the world has known, former President Nelson Mandela.

The four paddlers took on the 27km race in pairs, as the race was officially a doubles race, from the Oceana Powerboat Club at the Cape Town Waterfront, around Robben Island and back. Incidentally, the number 27 is symbolic as South Africa celebrates 27 years of Freedom, and Mandela spent 27 years in prison, many of those on Robben Island. 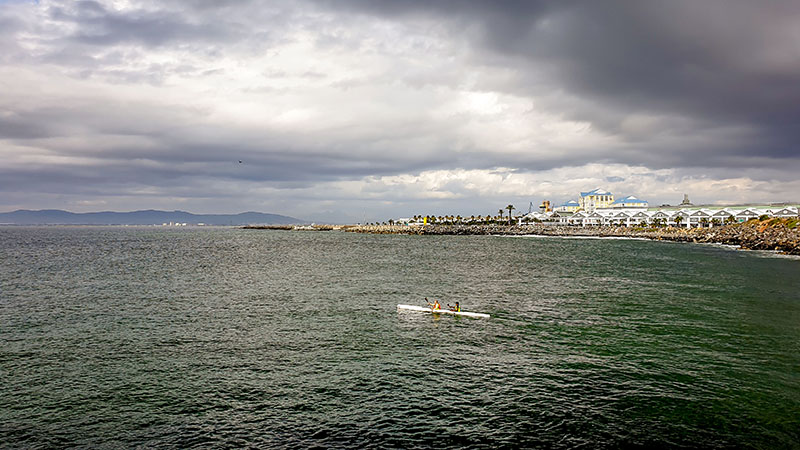 The two teams were sponsored for the race by the Johannesburg-based company, ADreach, as part of the company’s larger commitment to supporting and uplifting athletes from previously disadvantaged groups to reach their full potential – not only as athletes, but also as future leaders in South Africa.

For Fisher, who is also the founder of the Soweto Canoe and Recreation Club (SCARC), the home club of the three Soweto-based paddlers, the Freedom Paddle was a special event.

“While paddling around the island with these young black, talented athletes, it reminded me how meaningful and important it is that the youth are given opportunities to participate in something they are passionate about. It also dawned on me that 30 years ago, just being in a boat with one of these guys in a competitive race would have been illegal. So, paddling on a day like this holds special significance,” says Fisher.

For Siseko Ntondini, whose story was the inspiration for the internationally acclaimed film, Beyond the River, his first experience of the Freedom Paddle was an experience of a lifetime. “Not only is Freedom Day a special and significant day in our lives, but as a person who grew up in Soweto, not very far from where Mandela lived, to paddle around the island where he was incarcerated for a large part of his life was a really humbling experience.”

The Freedom Paddle celebrates the freedom of South Africa with an annual paddle around one of South Africa’s symbols of freedom and one of the most iconic islands in the world, Robben Island, on Freedom Day every year. It is one of the premier surfski races in the country, and is open to any form of human-powered oceangoing craft.

“Being able to compete in this race meant a lot for me, not only as a paddler, but as a South African, as it gives you some perspective of the history in the country and reminds us that we actually have a lot to be thankful for. Were it not for the leaders of the struggle who gave up their lives for the future of this country – including Nelson Mandela – we would have had a very different future,” says Simnikiwe Ntondini. “It is now up to us to make that future worthwhile.”

ADreach has been supporting young and upcoming paddlers from developing communities for 17 years as part of a larger programme to support and uplift these athletes and their communities – more specifically through the creation of the Soweto Canoe and Recreation Club. Through ADreach’s support, various SCARC paddlers, such as Zondi and the Ntondinis, have become competitive paddlers in South Africa and made successful careers outside of the paddling environment.