At www.sagoodnews.co.za we will start off the New Year with a fresh looking website, much more activity in the social media space and a number of stories about what to expect. I thought a good place to start would be this article by Max du Preez.  What he says here is in fact reflective of what is happening in the developing world.

We live with a State that in many areas is failing us (in many areas it is definitely NOT), but we are not a failed state and still remain in the top 60/235 countries from a competitiveness perspective. Our civil society (100 000 NGO’s) continues to play a greater role than we think and/or know about (see our Amazing South Africans section), so let’s start off the New Year with some positive resolve. Steuart Pennington 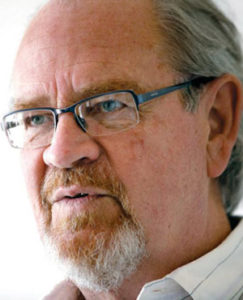 Do you want things to be done, and done properly, in 2015? Then do it yourself. Behave as if government is not going to deliver any services, and if it does, see that as a bonus.
The poor management and planning, deployment of loyal cadres not up to the job, attempts at state capture, corruption and weak political leadership of the last decades are now really adding up and taking their toll. There are no signs that matters will improve in 2015.
DIY is the future. The middle classes are already doing a lot of that.

Security
There are about 445 000 registered private security personnel in South Africa employed by 9 030 private security companies, compared with 158 000 members of the South African Police Service and about 6 000 Metro Police officers. This number excludes informal car guards, and there must be thousands of them serving car parks and streets all over the country. The large number of ordinary citizens taking part in neighbourhood watches all over the country should also be factored in.
Without private security, South Africa would descend into complete anarchy. If you feel unsafe, step up your own security.

Potholes
Last year I got really fed up with the people in my neighbourhood constantly complaining about potholes on our streets. They would come by week after week and talk about little else: they are now big enough for a dog swimming pool, one would say, and another would complain that they had damaged his car’s exhaust system.
So I went to the hardware store and bought two 25kg bags of Ready Mix Hot Tar for a mere R50 each. I dug out the holes, filled them with the bitumen, banged it down and they were fixed – they’re still fixed nine months later. This is now being done in other neighbourhoods too.
Sure, it really is the job of local government. But would you rather blame and sulk or do you want your streets to be better?

Electricity
What would you talk about if we didn’t have electricity blackouts? It’s easy and cheap enough to do something about it.
When Eskom started “load shedding” last November, I had a crisis with WiFi and electricity for my computers and a few lights. I quickly bought a small generator for R1 600 that took care of all of that for the two hours or so per day I was without power. If I had more time, I would have shopped around for an affordable solar system to do that job. I use gas for heating water and for cooking. No problem.

Again, if you have a bit of spare cash, go completely off the grid. A moderate household using a gas geyser and stove and LED lights needs no more than a solar power system of about R70 000. Up your generating ability a bit and soon you can sell electricity back to Eskom. What is more, it’s cool to be green.

Education
Good education is not a problem for the middle classes. Most former Model C schools (as they’re still called) provide excellent and very affordable education. There are 5 145 of them that make up 21% of all state schools and have about 2.5 million pupils – close to 67% of them black. If the Model C school near you is lacking, get involved, mobilise the parents and the community and make it better.
But if you can’t find a good school near you, try one of the country’s about 1 500 private schools. If you can’t afford Kearsney College, Hilton or St Stithians, go for the Curro Holdings or ADvTECH schools which cost the same as the better Model C schools. Enrolment in private schools has increased by about 80% over the last decade.
If you are a responsible and caring entrepreneur or business person relying on good and reliable labour, don’t wait for government to provide for your workers. Help them build their own homes, supply them with rainwater tanks and solar panels and get involved in their children’s education. It can only be a good investment and it will make you feel better about being wealthy at the same time.

(The Marikana disaster would probably not have happened had Lonmin cared a little more about its workers’ lives outside the mine.)

Here’s the beauty of all of this: if the middle classes start taking care of themselves, the state would have much more capacity to spend on the poor. The better off the poor are, the higher our chances of remaining a stable country – and that is good for business. It’s a win-win, as the inspirational public speakers say.
Do I hear you grumble about the taxes you pay and now I’m suggesting you look after yourself? Well, get a better tax consultant. If you’re well off enough to worry about your tax burden, you can’t be doing too badly.
This all may sound very frivolous, but I’m deadly serious.

A large part of the malaise in South Africa today is the overwhelming negativity and paralysing pessimism. We’re b***hing ourselves into a depression. If enough of us keep on rolling our eyes predicting that we’re becoming Zimbabwe, we probably will in the end.
We’re forgetting that we’re the nation of “maak ‘n plan” people, a country that has overcome great odds and survived crises that would have sunk most others. We have great human capital and a culture of perseverance and innovation.
I think 2015 should be the year of new energy, new adventures, positive action and getting really involved to make South Africa a better place to live in. It will make you feel a better person too.
And in our spare time we can still mobilise and organise to stop the present government from stealing our freedom.