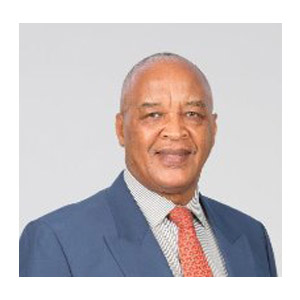 I want to present the following scenario in response to Peter Bruce.

The contesting factions within the ANC are fundamentally and ideologically opposed. The Zuma side want and have been pushing for centralized control with the president (Zuma) having total control. This is consistent with his desire for dictatorial powers for six months as he has famously stated. Under this scenario he must continue singularly exercising the power to appoint heads of critical Chapter Nine institutions so that he control what they decide to do. He has succeeded spectacularly in this enterprise and he will fight to protect the patrimonial state he has created. The principal motivation is to ensure that he does not face the 783 charges that were suspended by a pliant NPA boss. This explains his desperate determination to install Nkosazana as his successor in Dec.

But he faces the fight for the soul of the ANC led by Cyril and the Gauteng ANC. This faction will find support in the urban areas and given the growing public indignation for corruption and elitist enrichment, I think they are on a solid moral foundation for growth. The corrosive emails that will certainly continue to emerge can only feed into this growing groundswell. More scandals are bound to be selectively exposed to fight the Zuma faction. The feedback from areas like Port Elizabeth, Tshwane and here in Joh’burg is that more and more people are very happy to see the backside of the ANC! What I see is a split of the ANC either before or after the Dec conference if Nkosazana is elected. That will be the parting point. Cyril and his group will certainly be pushed to walk away and form another ANC (Democratic African National Congress) with a political philosophy based on the ”Conscience for Social Conscience”. On this principle, everything that Cyril is saying now will find alignment and moral basis.

I believe the Cyril group can win a sizable vote to be able to win a coalition support from the DA and the EFF. Such a coalition has very high prospects for success as they will all find resonance with the above political philosophy. All it requires is that the DA must come off the lofty pad and proclaim this political philosophy and subscribe to a principle of redress in all areas. They need to restructure their image and pronouncements to win the trust of black people.

I hope this all pans out well!!!