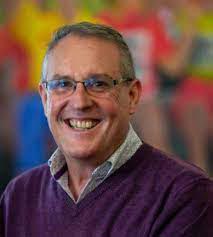 The story of the founding of the SA Ubuntu Foundation 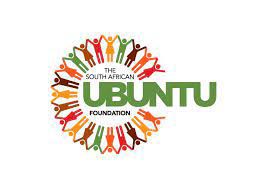 I have, for a long time, been intrigued with the concept of Ubuntu. Is it an African thing? Is it a South African thing? Can it be embraced by all of us or just some of us? Is it different to the libertarian values we often espouse in that it is not individually based, but rather communal in nature?

I recently received an invitation from info@saubuntu.co.za to sign an “Ubuntu Pledge”, so naturally, being tech savvy (joke), I googled it and subsequently managed to engage in a conversation with Kevin Chaplin who founded the SA Ubuntu Foundation and authored the Pledge.

It is a remarkable story of the ‘Power of One’

Kevin spent his life in the banking industry, he was previously FNB manager for the Western Cape having had some 26 years in the banking world. Confronted with the challenge of treading water, and maybe a touch of a midlife crisis, Kevin resigned from FNB and in 2006 became involved in getting what was The Amy Biehl Foundation back on its feet. 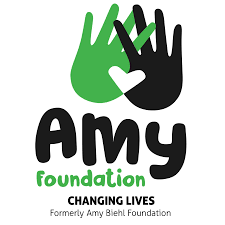 The history of the Amy Biehl is that she was an American graduate of Stanford University and an anti-Apartheid activist in South Africa who was murdered by in Cape Town. The four men convicted of her murder were pardoned by the Truth and Reconciliation Commission. Biehl’s family supported the release of the men.   Her father shook their hands and stated, “the most important vehicle of reconciliation is open and honest dialogue… we are here to reconcile a human life [that] was taken without an opportunity for dialogue. When we are finished with this process we must move forward with linked arms.”

In 1994, Biehl’s parents, Linda and Peter, founded the Amy Biehl Foundation Trust to develop and empower youth in the townships, in order to discourage further violence.   Two of the men who had been convicted of her murder worked for the foundation as part of its programs. In 1999, Biehl’s parents were honoured with the Aline and Norman Felton Humanitarian Award.[7]

In his speech accepting the Congressional Gold Medal on 23 September 1998, Nelson Mandela said:

Among those we remember today is young Amy Biehl. She made our aspirations her own and lost her life in the turmoil of our transition, as the new South Africa struggled to be born in the dying moments of apartheid. Through her, our peoples have also shared the pain of confronting a terrible past, as we take the path towards the reconciliation and healing of our nation.

Sadly, Peter Biehl (Amy’s Dad) passed in 2002 and the Foundation Trust began to struggle. Under Kevin’s leadership since 2006, with the Foundation re-named the Amy Foundation, it is now back on its feet doing incredible work amongst the youth in Cape Town’s Townships. Currently they have 1000 youngsters between 5 and 18 years old on various after school programs and youngsters between 18 and 35 years old on various youth skills training programs, and have recently placed some 1053 youngsters in employment and started 36 entrepreneurial businesses. www.amyfoundation.co.za

Kevin also founded the Ubuntu foundation in 2006 with the vision of embodying and reflecting a world in which all people embrace one another’s equality and are encouraged and inspired to use their inherent abilities to find their passion for, participate fully in, contribute freely to, and benefit fairly from: South Africa’s growing economic marketplace and prosperity, its democratic values and processes, and its commitment to universal empowerment.

The current business model is to stage 12 business breakfasts per annum in Cape Town, four in Johannesburg and two in Durban with the primary purpose of attracting diverse audiences and getting them to truly embrace one another and break down barriers. These breakfasts are sponsored with the major beneficiary being the Amy Foundation. SA Ubuntu Foundation is currently expanding their work where time will be spent focusing on entrepreneurial businesses that have been in existence for two years to take them to the next level, using the many lessons set out in his book (below) and their extensive network of business people. www.saubuntu.co.za 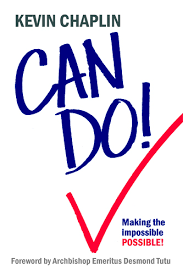 Kevin’s next move is to take the Pledge below into schools.

Kevin Chaplin, one person, now with the help of others (his daughter included) is impacting the lives of thousands of our youth, creating job opportunities, energising entrepreneurial endeavours and starting a movement via the SA Ubuntu Pledge to encourage South Africans, in their diversity, to commit to:

I invite you to have a read of the Pledge below, and if you are moved sufficiently by it, to sign up

I am because we are – We are people through other people. I am human because I belong to the human community and I respect and value others accordingly.

I PLEDGE… TO LIVE MY BUSINESS AND PERSONAL LIFE BY THE FOLLOWING VALUES AND PRINCIPLES: