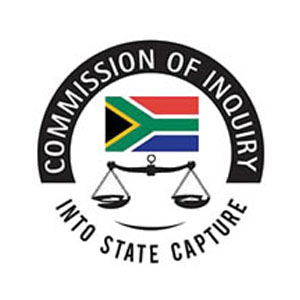 As the commission of enquiry into State Capture gets underway— headed by Deputy Chief Justice Raymond Zondo — which was established to inquire, investigate and make recommendations into any and all allegations of state capture, corruption and fraud in the public sector. In March, Zondo announced the members of the commission, which include Dr Khotso De Wee, Vincent Maleka SC, Terence Nombembe, Leah Gcabashe SC, Paul Pretorius SC and Thandi Norman.

De Wee was appointed as the secretary of the commission, Nombembe as head of investigations and Pretorius as the head of the legal team. Pretorius is joined by Gcabashe, Norman and Maleka in his team.

But, many serious questions arise:

“It may not always feel like it but South Africa is in a better place than it was this time in 2017 – and the media played a critical role in getting the country to this point,” reminds Jessica Bezuidenhout: “Journalism in a time of State Capture” of the Daily Maverick.

Justin Foxton in his blog writes, “I feel extremely challenged as I read the stories of the whistleblowers who brought #GuptaLeaks and State Capture to light. Some of them spoke at this week’s 10XDaily Maverick Media Gathering in Cape Town. The #Guptaleaks pair appeared for the first time in a pre-recorded interview from an unknown location outside South Africa, faces blacked out and voices distorted to protect their identity. Ex-Trillian CEO Bianca Goodson appeared with Eskom’s former head of legal and compliance, Suzanne Daniels. These (extra)ordinary people – amongst many others – risked their lives and careers to help save South Africa from ruin. Then there are the journalists and editors who work with the whistle-blowers to bring their stories into the public domain. This too is gritty work.

Without their skill and bravery nothing would come to light.

I feel challenged by these people’s work because – whilst I am enjoying the enormous benefits of living in South Africa – there are people out there putting their lives on the line to ensure that I continue to do so. They have been willing to sacrifice their place in this country – and indeed their personal safety – for you and me. What kind of person is willing to give up everything for their country and their people?

During the Daily Maverick Gathering, SAFM host Stephen Grootes hosted a panel discussion with some of the country’s top media minds; Kate Skinner, executive director of SANEF, Mondli Makhanya, editor at City Press, Adriaan Basson, editor at News24 and Stefaans Brummer from amaBhungane. They all agreed that the role of a free press was as important as ever before and entities such as the amaBhungane Centre for Investigative Journalism and the Daily Maverick need our support to keep doing the exceptional investigative work that they are doing.

We can’t all be whistleblowers and journos, but we must get behind these brave South Africans and help them to do the work of upholding democracy. amaBhungane (“…a non-profit newsroom that exposes wrongdoing, empowering people to hold power to account”) and Daily Maverick are doing superb work. Pick one, click on a link below and help to fund them.

This is the best money you will ever spend in terms of an insurance policy for our nation.

I agree with Justin, I hope you do as well