Clad in wetsuits by the sea, the young surfers of The Surfer Kids are kicking up sand with their instructors as they share their seaside take on the Dance of Brave #ThisIsUs 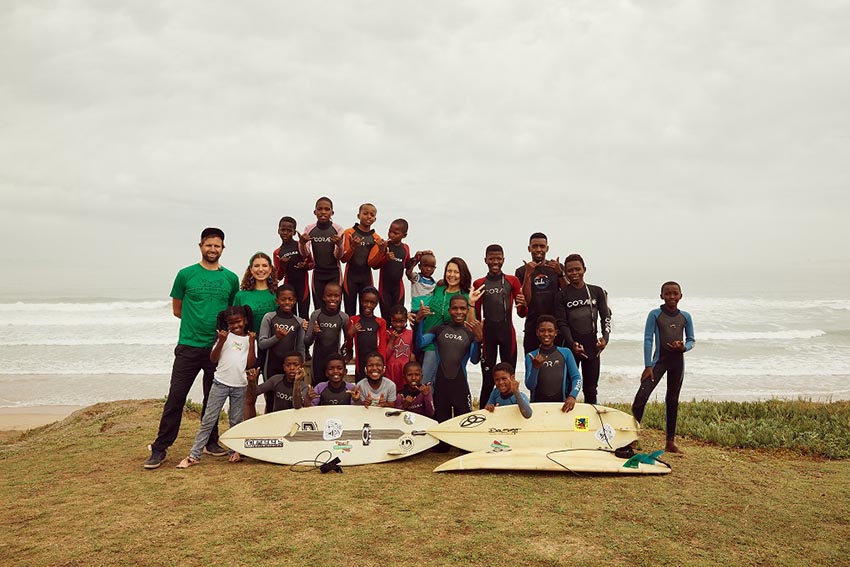 The Surfer Kids is a non-profit organisation founded in 2010 along the shores of Mossel Bay. They strive to empower marginalised and impoverished communities through surfing to teach kids the value of commitment and dedication. It is funded entirely through donations from both local and international supporters, businesses, and partner organisations, and after six years of being in operation, they managed to secure a permanent headquarters in Diaz Beach in 2016. Here, they’re able to house equipment, a surfboard repair facility, as well as a media centre to expand the reach of their programme.

In 2017 The Surfer Kids won their first medal at the annual South African Grommet Games when 7-year-old Owethu ‘Sam’ Tabata surfed his way into the closely contested u8 Final and earned their team a bronze medal. They’ve since continued to grow their reach, achieve even more milestones, and uplift the local youth in the area through surfing.

As for what bravery means to their team, this is what they had to share…

The word ‘bravery’ to me means to be, like, brave as to do something – if you want to dance, anything you want to do – you just need to listen to your heart and be brave.

I think another way of being brave is finally enjoying the small things in life. I think sometimes we focus too much on financial success or climbing the corporate ladder or ‘big’ successes or the big things in life. But I think it’s sometimes brave to just sit still and make yourself a cup of coffee or a cup of tea and find joy in that small little thing that sometimes you overlook. And I see South Africans being brave on a daily basis but being brave doesn’t need to be ‘big’, it doesn’t need to be a big show of bravery – it really is the small things.

Bravery means overcoming the obstacles that are in your way and not to give in to the fear or to allow the fear to hamper your efforts to overcome the danger. Bravery is overcoming danger despite whatever fear may be there.

Watch below as The Surfer Kids team dance to the beat of ‘We Will Rise’ along the sandy coast for the Dance of Brave challenge and celebrate every milestone and achievement they’ve conquered.

Find the dance tutorial and entry details below:

This post is sponsored by Adcock Ingram OTC produced by BrandStudio24 for News24.