THIS IS WHO WE ARE!

Alec Hogg recently interviewed Alan Hilburg the world’s leading crisis communications expert. The full interview is 2545 words and is essentially regarding the scandals involving the Gupta’s and the multinationals McKinsey, KPMG,SAP and Bell Pottinger, which Hilberg describes as an aberration (full interview attached).

But what really interested me was what he had to say about South Africa (see below – 800 words). 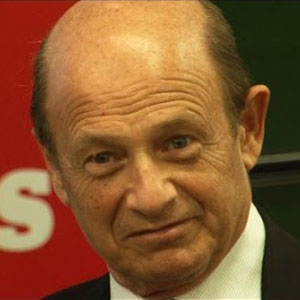 Hilburg is at his absolute best here, and retains a huge optimism about a part of the world he describes as “an idea – as much as a country.” ‘Brilliant!’ says Alec Hogg

Knowing South Africa as well as you do… You visit regularly. You engage with lots of thought leaders and very senior people in the country. You must surely have picked up that there’s been disquiet amongst corporates and people in civil society about the corruption that has been becoming endemic in the country. Is there an upside to what we’ve seen so far? In other words, that it could be used to attack this?

But Alan, a lot of what you’ve spoken about now is alleged to have been undermined by Bell Pottinger. Does it get worse – you’ve been in this field for a long time – or are those allegations excessive?

Right now, the news that we’re reading is scary because it really violates and it goes right to the heart of the most fundamental issue in South Africa right now, which is distrust.

When people tell me the most endangered species in South Africa is the rhino or the elephant, my response is always, “No, it’s not. The most endangered species in South Africa right now, is indifference and trust”. I think that we can’t afford to be indifferent and we have to understand that trust is a right. People have to earn it and they have to protect it.

I’m very optimistic. I’m not only a believer in South Africa. I’m a vocal advocate and ambassador for South Africa. I really believe that South Africans are not only standing up and speaking up, but I believe they’re beginning to act up. At the end of the story, none of us have the moral right to be indifferent and I think that the morality of the South African culture is showing ‘we’re not going to be indifferent and we do understand that trust – not only in ourselves, our communities and our leaders but the trust we want to earn across the climate – is essential. Right now, the greatest crisis South Africa’s facing is distrust and I think we addressed that. Whomever is leading the country recognises that is the priority. I think South Africa is going to be the beacon for the next 50 years in Africa, and in the world.

Well, I don’t want to leave on such a cynical note, Alan. You have said though, that you feel that South Africa is a beacon for the future and that it’s stuck – not broken – and that it can get through this.

I strongly believe this and I’ve written about this. I think that as investors look at South Africa, they should see the South Africa that works, and not the South Africa that’s broken. If more investors focused less on extractive investments and more on contributive investment (where they invest not only in South Africa but invest in South Africans), I really do believe… I guess the best way to summarise it Alec, is I believe in South Africa’s destiny and I believe that destiny is not a matter of chance. It’s a matter of choice. I believe that South Africa has made the choice and they see their destiny. There’s always a transition from stumbling blocks to stepping stones and I think the next two years are going to be an opportunity to bypass the stumbling blocks and create some new stepping stones of democracy.