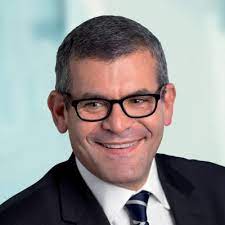 It isn’t often that South African businessmen are knighted by the Queen of England, but then Cape Town-born Sir Bradley Fried, the chairperson of the Court of the Bank of England, isn’t your average man.

Fried, who chairs the 5 000-strong British bank that boasts a trillion Pound balance sheet, has been awarded a knighthood for public service in Queen Elizabeth II’s 2022 Birthday Honours list, published on 1 June.

Fried received a letter from Downing Street about six weeks ago informing him that the Queen would be granting him the knighthood and it would be announced on the Jubilee long weekend, 2 to 5 June.

Dr. Anton Koekemoer with the Space Telescope Science Institute helped put together different exposures from the James Webb space telescope that were released on Monday and Tuesday. This global message was greeted with fascination as the world begins to discover some of space’s new frontiers. 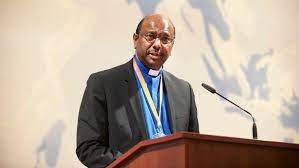 Rev. Prof, Dr Jerry Pillay is elected as new World Council of Churches General Secretary. He is the ninth general secretary in the WCC’s history since the fellowship of churches was founded in 1948. He is currently Dean of the faculty of theology and religion, University of Pretoria and member of the United Presbyterian Church of Southern Africa.